The left now rules most of Latin America. Will it be able to live up to its promises? 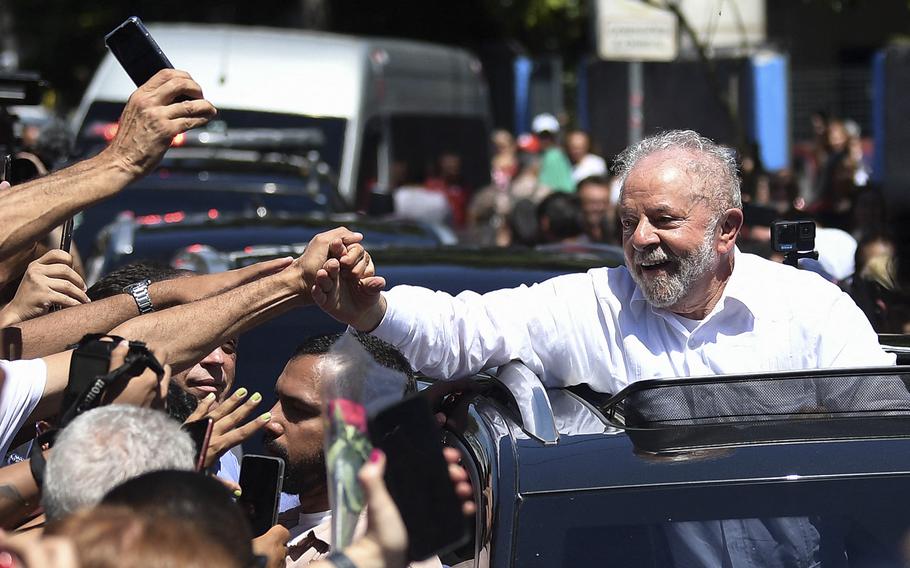 Driving the pendulum swing are voters hungry for change amid rising inequality and frustration with how governments handled the pandemic and its economic fallout.

While some have christened the region's latest leftward turn a "new pink tide," likening it to a similar shift in the 2000s, when leaders including Lula, Venezuela's Hugo Chávez and Bolivia's Evo Morales pumped money into welfare programs and lifted millions out of poverty, conditions are starkly different now.

Long gone is the commodities boom that allowed Lula and others to spend with abandon. Today, the economic picture is much bleaker, as inflation drives up food and fuel prices and the threat of a worldwide recession looms.

Electorates, too, are more volatile, with some countries, such as Brazil, bitterly divided between the left and right, and protests over inequality erupting in countries from Chile to Panama.

"It's a much more complicated world," said Brian Winter, vice president for policy at the Council of the Americas, who said today's political and economic reality means the new crop of leaders has less freedom than their predecessors to carry out ambitious agendas.

There's little question that nostalgia for the past helped Lula win election this week.

As president from 2003 to 2011, he instituted a program of cash transfers that lifted 22 million people out of poverty and helped make the former union leader — in the words of former President Barack Obama — "the most popular politician on Earth."

But Lula today is inheriting massive economic and political challenges.

The country's growth is expected to slow to 1% next year. Socioeconomic indicators are worse than they've been in years, with nearly half of Brazil's 214 million people living in poverty and 33 million going hungry, according to a recent report by aid groups.

Then there's the opposition. Jair Bolsonaro, the right-wing incumbent, won in a majority of states, while conservative candidates increased their representation in Congress, and tens of thousands of people have taken to the streets in recent days claiming that Lula stole the election and demanding that the armed forces take control of the government.

"The Bolsonaro movement is alive and kicking," said Carlos Bravo Regidor, a professor and political analyst in Mexico. "Lula may have won the presidency, but the right isn't going anywhere."

In other parts of Latin America, leftist presidents who campaigned on promises to transform their societies have been forced to recalibrate.

Last December, Gabriel Boric, a tattooed former student activist won Chile's presidential election, garnering the most votes ever cast for a candidate in the nation's history.

Vowing that Chile would "be the grave" of neoliberalism, the 36-year-old Boric set out to widen the social safety net and pass a new constitution that would enshrine gender equality, environmental protections and Indigenous rights.

But a national referendum on the constitution failed. Now, less than a year after being elected, his approval rating sits at 27%.

A similar scenario has played out in Peru, where President Pedro Castillo, a former teacher and union leader who vowed to redistribute mineral wealth, has seen his approval ratings plummet.

The opposition-dominated Congress has stymied his legislative agenda, protests over rising fuel costs have rocked the country, and Castillo is under investigation for corruption.

"These guys came in with all of this optimism, and they have both been ground down by circumstances and their own mistakes," Winter said.

One bright spot for Latin America's new left is that it has largely been embraced by the United States.

That was not the case during the first pink tide, when Chávez made enemies in Washington by seeking to sway Latin American leaders away from the free-market policies long pushed by the U.S.

Today's friendlier relations are due in part to the softer nature of the region's leaders, who tend to be less ideological than those of the past.

Boric, for example, has voiced his distaste for the leftist autocracies in Cuba, Nicaragua and Venezuela, calling Venezuela a "failed experiment."

Lula's winning coalition included moderates and even pro-business figures. And he used his victory speech to praise democracy over authoritarianism.

With democracy under threat in much of the world, Washington appears eager to have anyone to work with — and willing to agree to disagree when necessary.

He repeatedly made it clear that Washington was glad to work with governments, right or left, as long as they were democratic.

"We are not judging countries based on where they fall on the political spectrum, but rather their commitment to democracy, the rule of law and human rights," said Brian Nichols, assistant secretary of State for the Western Hemisphere.

Bravo, the political analyst, said the rise of a new crop of leaders in Latin America suggests it may be time to move beyond "Cold War ghosts" that divided the region along strict ideological lines.

The region's leftist presidents are incredibly diverse, he said.

Take Colombia's new President Gustavo Petro, who has vowed to vastly expand spending on the poor and shift away from fossil fuels.

He is quite different from Mexican President Andres Manuel López Obrador, who has embraced austerity and a retrograde energy policy focused on the expansion of oil production.

The first pink tide dissolved a little over a decade ago after the global recession ended the commodities boom.

Some countries — Venezuela and Nicaragua — morphed into leftist autocracies. In other nations once dominated by the left, conservatives took power.

The pandemic was one of the biggest factors in their demise. The continent was especially hard hit, fueling support for the idea that bigger governments could have done better.

"Health systems collapsed everywhere. Education systems were shown to be incredibly mediocre, unable to cope with kids not going to school," said Jorge Castañeda, a former minster of foreign affairs in Mexico who has written extensively about the politics in Latin America.

"There's been a huge clamor for the construction of some kind of social protection way beyond what exists because people saw that what exists doesn't work," he said.

The question now is whether Lula and the region's other leftists will be able to deliver.

Linthicum reported from Mexico City and Wilkinson from Washington.