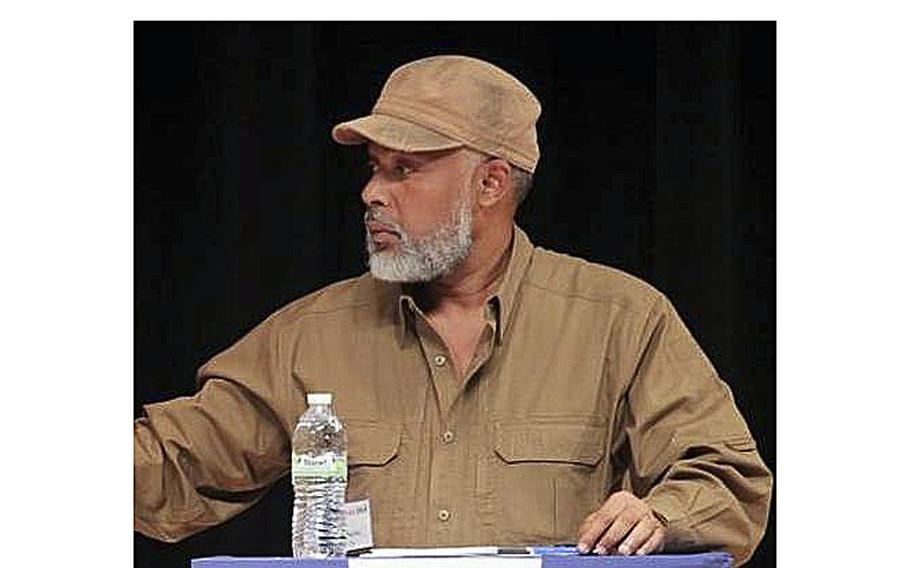 A well-known political leader who headed one of Haiti’s center-left political parties after making a name for himself in the lottery business is dead after being ambushed Friday night in the green hills above Port-au-Prince.

Eric Jean-Baptiste, 52, and a bodyguard were both killed sometime after 9 p.m. by armed men in Laboule, Haiti National Police spokesman Garry Desrosiers said. Desrosiers said an investigation is ongoing and declined to give any additional information.

However, the Miami Herald has learned that Jean-Baptiste, who is the current secretary general of the Assembly of Progressive National Democrats, was on his way home with a member of his security team when their vehicle was shot up. The vehicle overturned from the gunfire. The two were traveling through Laboule 12, a once serene lush hillside community in Petionville that has become a battlefield in Haiti’s escalating gang violence.

The area is not too far from the upscale Pèlerin 5 neighborhood where former president Jovenel Moïse was brazenly assassinated in his home in the middle-of-the night on July 7, 2021, and the head of the Port-au-Prince Bar Association, Monferrier Dorval, was also killed in his driveway by unknown assailants the year before on August 28, 2020. In both cases, the murders remain unsolved.

Haiti has been gripped by deepening political paralysis, violence and most recently, civil unrest, since the assassination of Moïse. A gang blockade of the country’s main petroleum terminal, Varreux, is headed into its eighth week and continues to create food, fuel and water shortages amid a new cholera outbreak.

In a statement Saturday, the interim Haitian government of Prime Minister Ariel Henry said “the horrific assassination” of Jean-Baptiste and his bodyguard, has once again plunged the nation into turmoil.

“We strongly condemn this heinous crime against this patriot, this moderate politician committed to change,” Haiti’s Ministry of Communications said. “We present, on behalf of the government and the people of Haiti, our sincere condolences to the families of the victims, to the #RDNP and to the political class, that today are revolted by this heinous crime.”

In a country where there are no shortage of politicians — or political parties — Jean-Baptiste was one of the few who stood out thanks to his grayish beard and brown cap, that he never seemed to be without. Before taking on a political profile, Jean-Baptiste was best known as one of Haiti’s lottery kings. His Père Eternel Lotto kiosks, where Haitians gambled their meager earnings in hopes of striking rich, have long been visible in Carrefour, for example, the sprawling suburb just south of the capital.

Jean-Baptiste was head of the the Assembly of Progressive National Democrats (RDNP), a center-left political party founded by former president Leslie Francois Manigat, and later led by his wife, Mirlande Manigat, a professor and one of Haiti’s foremost constitutional experts. After running for president in 2010 in an election marred by allegations of fraud and international meddling, Manigat was defeated by singer Michel Martelly and eventually turned over the reins of the party to Jean-Baptiste, a huge RDNP supporter.

As the current head of RDNP, he regularly made commentary on the state of the country through paid radio advertisements on Port-au-Prince’s Magik 9 radio station. Such ads were nothing new for him. After the United Nations was tied to an introduction of cholera in Haiti ten months after the devastating Jan. 12, 2010 earthquake left more than 300,000 dead, and later implicated in sexual scandals, Jean-Baptiste, regularly bashed the U.N. stabilization peacekeeping mission in paid radio ads and also erected a statue as a reminder of the sex abuse.

In 2015 Jean-Baptiste was among 54 candidates who sought to replace Martelly, and one of the few who traveled to South Florida for a presidential debate. Martelly’s candidate, Jovenel Moïse, would eventually win but not before the first round had to be rerun because if allegations of massive fraud.

Jean-Baptiste at the time threw his support behind Jovenel Moïse’s closest presidential competitor, Jude Célestin. Upon Moïse’s 2017 swearing in, Jean-Baptiste told the Miami Herald that he thought the president’s promises to unite different factions of Haitians, combat corruption and strengthen institutions “are extremely important considering that he has a case before the justice system, and says that he will let justice do its job.

“If the president succeeds, it is Haiti that succeeds,” Jean-Baptiste said.

As Moïse’s rule became increasingly chaotic and controversial, Jean-Baptiste was one of the few former presidential candidates to communicate regularly with Moïse. Célestin said Jean-Baptiste’s killing is just one more reminder of how volatile Haiti has become.

“This is just a stark reminder of how fragile and chaotic life has become in Haiti where no one —not the street merchant, the school child or even a former presidential candidate and businessman is safe in this country,” said Célestin, sending his condolences to Jean-Baptiste’s family, supporters and party members. “It is really time for everyone to set aside their personal interests and decide together what do we want for our country because it is dissolving right before our very eyes. It’s as if life no longer has meaning and that is just unacceptable.”

Earlier this week, a prominent Haitian journalist, Roberson Alphonse, was the victim of an armed attack as he traveled through the Delmas 40B neighborhood of Port-au-Prince to host a daily news program on Magik 9, the radio station owned by the country’s daily, Le Nouvelliste. Alphonse, who was shot in the arms, survived and is recovering.

On Friday, the United Nations said cholera was now present in most of the country’s regional departments. The world body also said that Haiti’s gang violence has forced nearly 100,000 residents to leave their homes, most settling in sordid encampments on vacant lands and public plazas.

Jean-Baptiste’s killing in Laboule, where police have been involved in anti-gang operations, is just the latest high-profile death in an area of the country that has been overtaken by gangs. At the root of the conflict, is a dispute over land that is fueling kidnappings, home invasions and killings — though it is unclear if Jean-Baptiste’s death is connected, or if it was just random.

For at least two years now, two rival armed groups have been fighting in Laboule 12 over a land dispute. One of the gangs is lead by a leader known as Ti Makak and the other is aligned with a local entrepreneur known as Toto Borlette. The gang members circulate on foot and in vehicles, abducting unsuspecting victims, or worse, killing them. Among those killed in the last year: two journalists, a top police commander and a former senator.

Online journalists John Wesley Amady and Wilguens Louis-Saint, were shot in early January by suspected gang members while a third journalist, Wilmann Vil, barely managed to escape. The three were investigating the suspicious New Year’s Day death of Dan Jerry Toussaint, a former U.S. Marine Corps sergeant who was in charge of the police sub-station in Thomassin 25 when he was shot in the head during an anti-gang operation.

Then in August, the director of a government housing program in the Ministry of Social Affairs and Labor and a former senator, Yvon Buissereth, was killed and his body burned in his car.