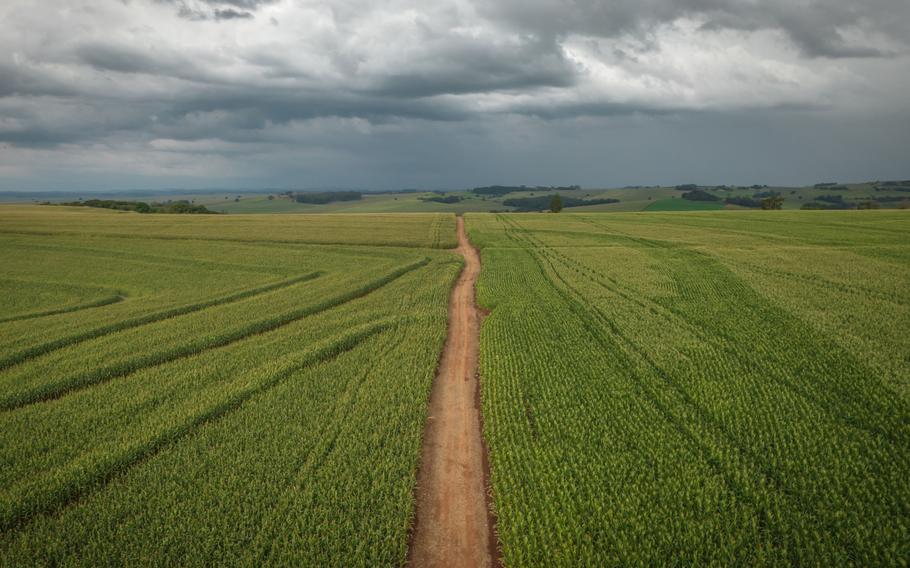 Corn fields on a farm near Londrina, Parana state, Brazil, on May 30, 2022. (Jonne Roriz/Bloomberg )

China may start importing corn from Brazil as early as December, part of a drive by the world’s top buyer to reduce dependence on the U.S. and replace supplies from Ukraine cut off by the Russian invasion.

Some 45 facilities owned by companies including Bunge Ltd., Cargill Inc. and Archer-Daniels-Midland Co. have been pre-approved by Brazil to export to China, a list seen by Bloomberg shows. The final total will be higher because of a large number of requests, said a person familiar with the matter, who asked not to be identified as talks continue. The final list is likely be sent to China in November.

China is taking steps to accelerate imports of Brazilian corn, diversifying supply at a time when the war in Ukraine has disrupted trade and tensions with the U.S. are high. A rally of more than 20% in Chicago corn futures in less than three months, compounded by a surging U.S. dollar, has increased the urgency of finding alternative cargoes. China is also curbing corn starch exports, in a sign the country’s fretting about supply.

While Brazil is the second-biggest corn exporter, China almost never bought from the agricultural powerhouse in the past nine years due to phytosanitary concerns. At a meeting this year in Brasilia, the two nations finally agreed on sanitary guidelines after years of talks, paving the way for purchases. The move threatens the U.S. share of Chinese purchases.

Bunge leads the list seen by Bloomberg with 20 sites approved by Brazil to export corn to China. Once Beijing approves the list, those companies will then negotiate directly with buyers in the Asian country.

China already buys most of Brazil’s soybeans, another feed ingredient for its massive hog herd. The Asian nation has a history of shifting away from U.S. agricultural supplies at a time of escalating tensions, such as in 2018-19 during a trade war, and has a broader goal to reduce reliance on a single supplier.