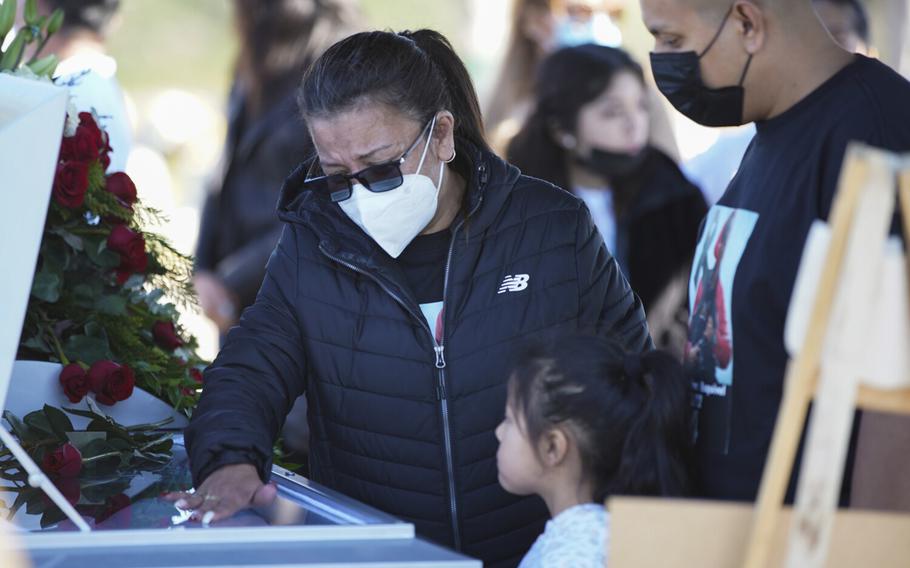 Jiménez was taken into custody in the early morning in the eastern Mexican state of Nuevo León. Baja California state Attorney General Ricardo Iván Carpio announced the arrest at a news conference.

“He is being detained as the intellectual author of the (murder) of photojournalist Margarito Martínez Esquivel and other charges will be sought (against him),” Carpio said. Martínez, who covered stories on security and crime in Tijuana, was fatally shot in front of his home on Jan. 17 as he left his home for work.

The arrest of the high-profile target comes just weeks before prosecutors are scheduled to present their case against three other defendants who are accused of carrying out the hit.

The prosecutor said Jiménez’s motive for ordering Martínez killed was that some photographs of Jiménez and his collaborators or family members “had been published in some news publications and social network and this caused (Jiménez) annoyance.” Carpio said Martínez happened to live in the same neighborhood where much of the criminal activity of Jiménez’s network took place, which made him vulnerable.

Carpio clarified Martínez had not been the one who published the photos that annoyed Jiménez. The prosecutor also said one person participated in both the murder of Martínez and that of journalist Lourdes Maldonado, who was shot dead in her car in the Santa Fe neighborhood of Tijuana a week after Martínez was killed.

He said the suspect involved in both murders belongs to the same cartel as Jiménez, but stopped short of saying the two cases are connected. He said the investigation into both murders is not yet complete.

Carpio said in addition to orchestrating the murder of a journalist, Jiménez was responsible for other street violence in Baja California. Jiménez works with the Arellano Félix cartel, the prosecutor said.

“We are coordinating a prosecution strategy with the prosecutor’s office in the state of Nuevo León and the Republic to set a strategy that benefits the State (of Baja California). We’re still analyzing and counting how many crimes” Jiménez will be charged with, Carpio said.

The Baja California prosecutor said Jiménez or “El Cabo 20” was trying to live under the radar in Nuevo León under a fake identity with false identification papers from Baja California Sur.

“Elements of the special forces from Sedena (Secretary of National Defense) and intelligence from the federal government and the Attorney General of Nuevo León participated. Our intelligence identifies him as the main generator of violence and the person behind the disappearances of people in the city of Tijuana and in other cities,” said Carpio.

According to Mexico’s National Registry of Detentions, the arrest of “ El Cabo 20 “ took place in the municipality of Apodaca, Nuevo León , on Avenida de la Concordia street in the Centro neighborhood, at 8:25 a.m. on Wednesday. Carpio said there are still more people authorities are trying to arrest during the same operation, who are part of the same criminal group.

Jiménez had been arrested at least three times previously in Tijuana: in 2010 for robbery; in 2014 for vehicle theft, and in 2017 when he was captured during a criminal investigation about a large drug lab. It remains unclear when he was released and if he was ever charged with the prior crimes.