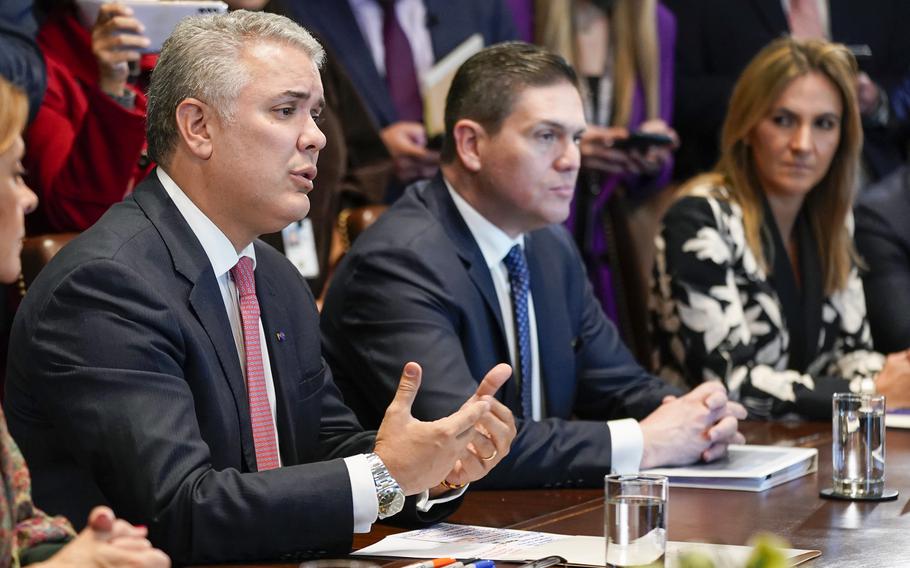 A disputed vote count in Colombia’s congressional elections triggered fraud allegations and calls for a recount, risking undermining confidence in the electoral process two months before the country chooses its president.

Parties including the ruling Democratic Center are asking for a recount of senate ballots after election officials last week said there were “human errors” in many cases when tallying the votes from the March 13 vote. As a result, the final tally showed that Senator Gustavo Petro’s leftist party got thousands more votes than initially reported.

Petro, who is leading in polls ahead of the May 29 presidential election, and whose bloc won the most votes for the upper house, said a recount would open the door to fraud, and boycotted a presidential debate Monday in protest.

The dispute is rooted in the unusually large discrepancy between the results of the quick count announced within hours of polling stations closing, and the final result, which gave hundreds of thousands of extra votes to Petro’s leftist Historical Pact. The national registrar, Alexander Vega, on Monday asked the National Electoral Council to authorize a recount, though some lawmakers and constitutional experts question the legality of such a decision.

“It is not legal, and it is unnecessary and dangerous,” said Jose Gregorio Hernandez, a former president of the Constitutional Court, in reply to written questions. “A recount could lead to those who aren’t satisfied to ask for another recount and then another.”

The final result would likely give Petro’s group about three extra seats from the 16 originally forecast on the night of the vote. Parties that risk losing seats, including the Conservative party and the Democratic Center, are backing a recount.

Petro says such a move would invite fraud, since the chain of custody safeguarding the ballots has been broken. In the meantime, he’s boycotting political debates until “vote transparency” is guaranteed, and requested international oversight.

President Ivan Duque said the electoral authorities should consider recounting the ballots, while Sergio Fajardo, the winner of the center-left primary, in a debate on Monday accused the government of “playing with fire” by considering such a move and said voters’ faith in their institutions had been shaken.

Petro, 61, is popular with many poorer Colombians, for his promises to redistribute land and wealth. Many investors are worried about his plans to end oil exploration, raise import tariffs and give “productive organizations” a say in setting monetary policy. All major polls show Petro leading the presidential race, though many voters are still undecided.

Apart from Petro, the other big winner to emerge from the elections was Federico ‘Fico’ Gutierrez, a former mayor of Medellin, who won the conservative coalition’s primary. The latest poll published Monday indicated a likely runoff vote between the two in June, with Petro leading voting intentions by 42% to 35%.