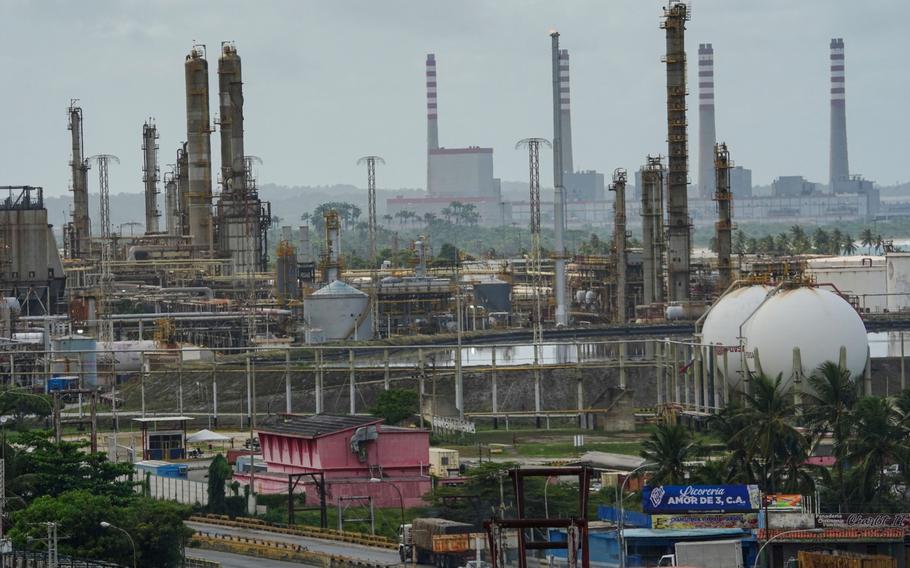 The U.S is willing to relax economic pressure on Venezuela depending on the outcome of upcoming talks between President Nicolas Maduro and the opposition, according to a senior Biden administration official.

The comments indicate President Joe Biden wants to see progress toward restoring democratic governance before allowing Venezuela to increase oil exports to the U.S. amid a global supply crunch triggered by Russia’s invasion of Ukraine.

A U.S. delegation informed Venezuelan officials of its position during a rare meeting Saturday, the senior administration official told reporters on a conference call. American officials discussed the release of two American political prisoners and urged Maduro to return to the negotiations with opposition leaders.

Discussions about the oil trade are happening on a broader level and U.S. officials did not commit to any relaxation of sanctions, nor did they agree to a quid pro quo involving sanctions relief for the prisoners’ release, the official said.

Days after the meeting, Maduro released former Citgo executive Gustavo Cardenas, a U.S. citizen, and Jorge Fernandez, a Cuban-American. The Venezuelan leader on Monday said that the format talks with the opposition, which began last year in Mexico and have have been suspended for months, should be reconsidered.

Venezuela has been under economic and oil sanctions since 2019, when the U.S. and other nations recognized opposition leader Juan Guaido as the country’s legitimate president following allegations of election rigging. The White House’s re-engagement with the Maduro government comes as its seeking to woo Russia’s allies in the Western Hemisphere following Vladimir Putin’s invasion of Ukraine.

Any move to resume imports of Venezuelan oil would rile Biden critics, who have accused him of seeking oil from U.S. adversaries instead of strengthening domestic production. The U.S., in theory at least, still regards Guaido as Venezuela’s rightful leader and has accused the Maduro government of human rights violations and provoking a humanitarian crisis.

Sen. Marco Rubio, a Florida Republican, plans to introduce a bill this week that would ban U.S. imports of oil from Venezuela and Iran.

“Nicolas Maduro is a cancer to our hemisphere and we should not breathe new life into his reign of torture and murder,” Menendez Monday said in a statement.

U.S. policy regarding Venezuela is likely to come up during a meeting at the White House on Thursday between Biden and President Ivan Duque of Colombia. His government has expressed concern over the U.S. overture to Caracas. Duque on Wednesday labeled Maduro “a war criminal.”