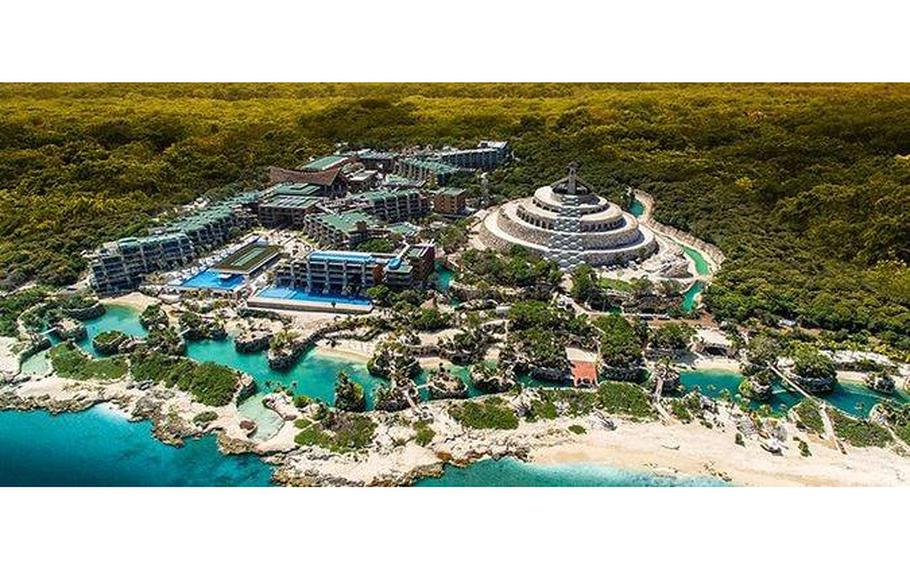 The Hotel Xcaret located in Playa del Carmen, Quintana Roo state, Mexico is seen in a posting. Two Canadians were killed during a shooting incident at the resort on Friday, Jan. 21, 2022. (Facebook)

MEXICO CITY — Two Canadians were fatally shot and another was wounded at a hotel in Playa del Carmen on Friday afternoon, the latest attack at Mexican beach resorts that have been rattled by organized crime violence.

The secretary of security in Quintana Roo state, Lucio Hernández Gutiérrez, said in a tweet that the violence erupted after an "argument between hotel guests." He said he had been informed by Canadian authorities that both victims had criminal records. The shooting occurred at the Hotel Xcaret, an all-inclusive resort near an eco-park popular with tourists that features snorkeling, swimming with dolphins and nature activities.

In another tweet, the security chief appealed for information about a gunman shown in a photo wearing a light gray sweatshirt and sweatpants firing a pistol in what appeared to be the leafy patio of the hotel.

Video apparently shot at the hotel and spread on social media showed bodies on the floor of an open-air restaurant. "He's still breathing!" some unidentified guests exclaim.

The three Canadians were wounded in the assault and rushed to a hospital, the official said. Two of them subsequently died, authorities said. The state attorney general's office said the first individual to perish had previously faced criminal charges, including drug trafficking and use of a false ID. The second Canadian who was killed also had a criminal past, the office said in a tweet. The victims were not identified.

Security forces descended on the area and began searching for the suspect, authorities said.

The shooting followed a flurry of other violent incidents in recent months in beach resorts in Cancún and along the coastal strip stretching south from that city. In December, gunmen on water scooters charged a Cancún beach in an apparent assassination attempt, firing their weapons and then taking off. No one was wounded. In November, shooting broke out at a hotel in Puerto Morelos, sending tourists ducking for cover in hallways. Two apparent cartel members were killed.

A month earlier, a German and Indian tourist were slain by gunmen in Tulum, apparently caught in the crossfire.

Several organized crime groups compete to supply drugs to tourists in the resort area, triggering violent confrontations. Foreigners on holiday are rarely the targets. But Mexico's government - which counts on tourism for nearly 9% of GDP - was so unnerved by the recent attacks that it sent more than 1,000 soldiers and police to patrol popular beaches, nightclubs and bars.