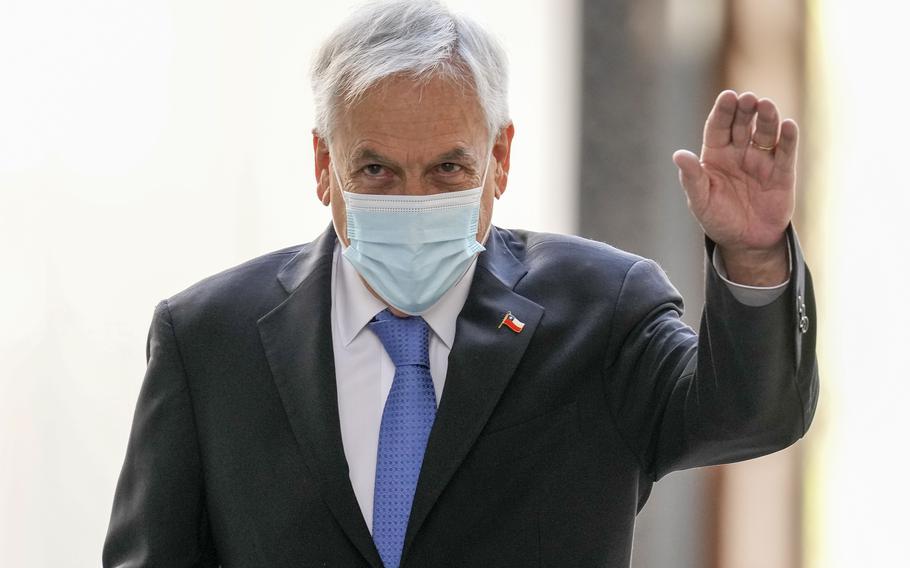 Chile’s lower house voted early Tuesday to impeach President Sebastián Piñera over allegations of corruption in the Pandora Papers investigation - the latest political fallout from the media reports on the offshore financial system.

The investigation by The Washington Post and media partners led by the International Consortium of Investigative Journalists (ICIJ) showed that a mining company owned in part by Piñera’s children was sold for $152 million to a close friend of the president, Chilean businessman Carlos Alberto Délano. The sale was made in December 2010, almost nine months into Piñera’s first term as president.

The last payment in the deal was contingent on the government’s declining to impose environmental protections on the mining area, a clause blasted by opposition politicians as a “serious” conflict of interest.

Piñera has denied wrongdoing, saying that neither he nor his family has investment companies incorporated abroad. He said he “completely and totally detached” himself from family businesses before assuming his first presidency, which ended in 2014. He took office again in 2018.

Chile’s lower chamber secured the 78 votes needed to approve an impeachment trial against the president after a lengthy session on Monday. The matter now heads to the Senate, which does not appear to have the votes needed to convict. The motion, known as a “constitutional accusation,” requires a two-thirds majority in both houses to pass.

Deputy Tomás Hirsch, who introduced the case against Piñera in the lower house last month, accused the president of using his office “for personal business.”

The vote to remove Piñera comes as the South American nation prepares to vote for a new president on Nov. 21. Piñera, whose second term ends on March 11, is prohibited from seeking reelection.

In Monday’s marathon session, one opposition leader, Jaime Naranjo, spoke for nearly 15 hours as a delay tactic to secure the necessary majority for impeachment. Naranjo read off a 1,300-page speech, buying enough time for Deputy Giorgio Jackson to arrive from a mandatory covid-19 quarantine.

“This president . . . not only involves the Chilean state with his commercial interests but also damages the honor of the nation,” said Naranjo, a socialist. “The people of Chile will judge those who are allowing this country’s impunity.”

“I beg you, honorable deputies, to reject this unjust and inappropriate constitutional accusation,” said Jorge Gálvez, in a speech that lasted five hours.

The mining company at the center of the allegations, Dominga, had been looking into a $2.5 billion copper and iron mining project near the Humboldt Penguin National Reserve, according to the ICIJ. The reserve is a collection of three islands known as a breeding ground for penguins and a home to sea lions, bottlenose dolphins and marine otters.

Piñera is one of three current Latin American presidents who appeared in the Pandora Papers, a vast trove of documents that exposed the financial activities of 35 current and former heads of state, 14 of them from Latin America.

Within hours of publication, at least eight national governments promised to launch their own investigations into allegations stemming from the papers. In Ecuador, the attorney general is investigating President Guillermo Lasso after an opposition politician filed allegations of tax fraud against him.