Why Haitians are fleeing Chile for the US border 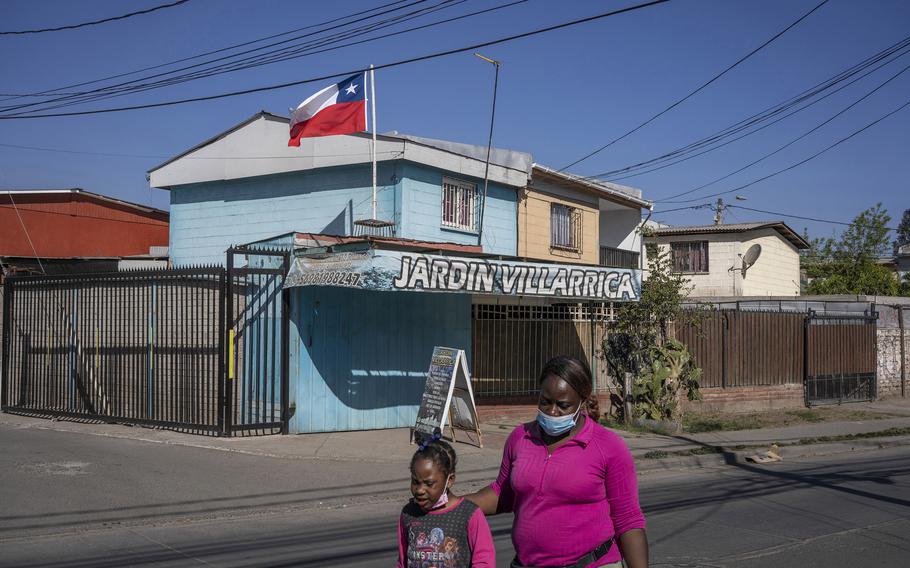 A Haitian woman and girl walk down the street in Quilicura, a neighborhood in Santiago, Chile, known as Little Haiti. (Tamara Merino/For The Washington Post)

SANTIAGO, Chile — Along empty streets lined with shuttered businesses, there's little sign of the bustle that just a few a years ago earned the neighborhood of Quilicura the nickname "Little Haiti."

Increasingly restrictive migration policies here, and a belief that the United States has grown more welcoming to immigrants under President Joe Biden, have led a wave of Haitians to abandon the country they once saw as a land of opportunity.

"There's hardly anyone left here now," said 24-year-old Wilbert Pierre, pointing across the dusty road into the Tawtaw barbershop, where he is training to be a hairdresser. "Of all the people I've known in my four years in Chile, more than 100 have gone to the U.S. since March alone."

Tens of thousands of Haitians came to Chile, Brazil and other South American nations after the 2010 earthquake near Port-au-Prince that killed more than 220,000 people. Now feeling growing pressure here, thousands in recent months have traveled north. After spending months in southern Mexico, they began moving toward the U.S. border this month by the busload. An estimated 14,000 gathered at a camp in Del Rio, Texas.

The United States has deported thousands, not back to the South American nations they left but to Haiti, a country reeling from a presidential assassination and another earthquake on top of endemic poverty and gang violence.

Pierre says he is grateful for the opportunities he has had in Chile. But he also says employers and landlords take advantage of Haitian migrants, who often cannot speak Spanish when they arrive. He paid around $100 to apply for residence, but after two years of silence, he was told his application had been rejected.

Many Haitians here have arrived at the same dead end.

The government has announced that on Oct. 17 it will close its "regularization" window for migrants, which had allowed anyone who entered Chile at an official border crossing before March 18, 2020, when the coronavirus arrived in the country, to gain legal status here.

But the process required applicants to show copies of their criminal records — a relatively simple procedure in most countries, but a long and costly one for Haitians living abroad. Many have given up on settling permanently.

Emmanuel Louis, a 36-year-old artist from Port-au-Prince, arrived in Santiago with his family at about the same time as Pierre.

"It's often easier to buy bullets than food in Haiti," he says. "We were looking for somewhere safe to raise our son, so we came to Chile — the 'oasis' of South America.

"But we found that although Chileans themselves are good people, the system is racist, classist and elitist."

Pierre says he has faced discrimination and racial slurs from co-workers. Others in Quilicura say they are routinely referred to only by their skin color.

In January 2020, Louis said, his 6-year-old son, Emmaus, fell into a crowded municipal swimming pool and drowned. There was no lifeguard on duty and the supervisors were all elsewhere, he said, leaving a 13-year-old girl to pull his body from the water.

Louis campaigns for justice outside the municipal offices in Quilicura, but the investigation remains ongoing and he feels that the case has been disregarded by authorities. 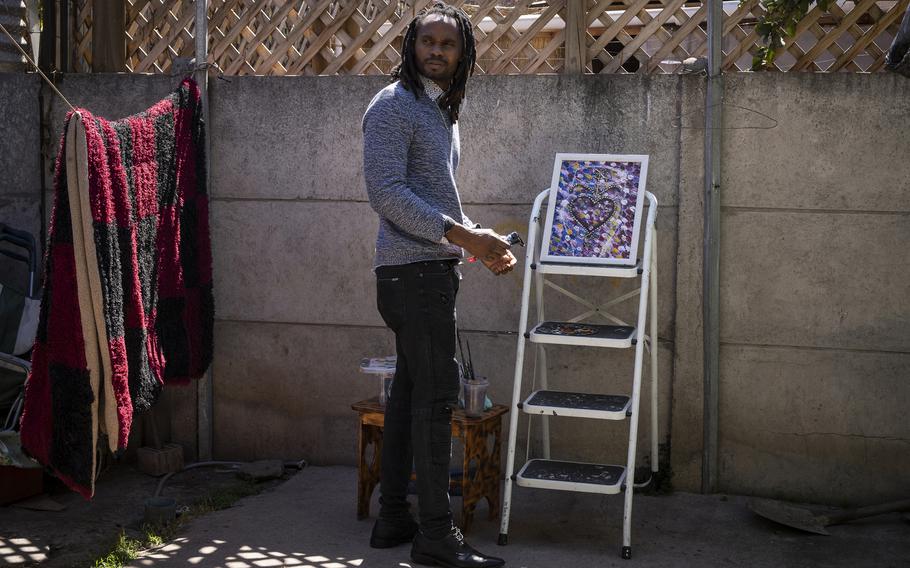 Emmanuel Louis paints in the backyard of his home in Quilicura. (Tamara Merino/For The Washington Post) 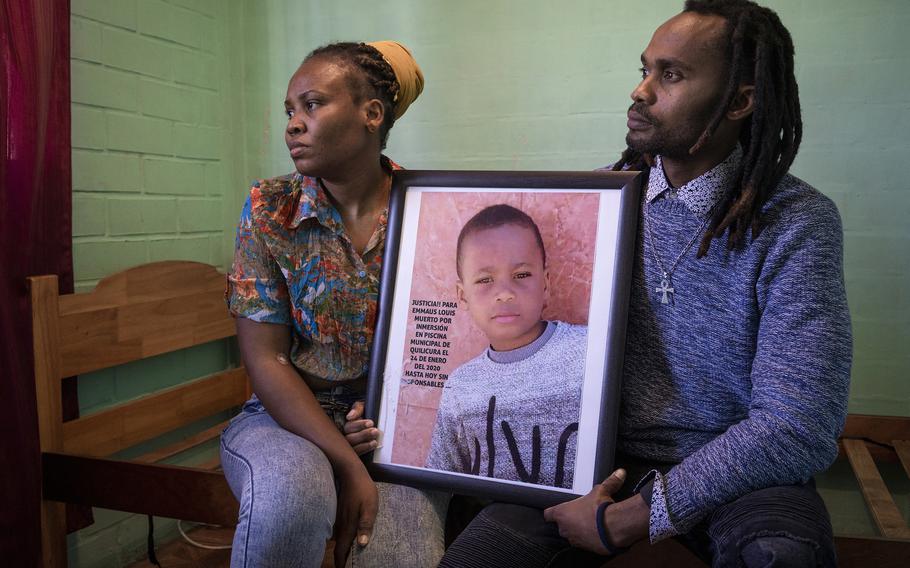 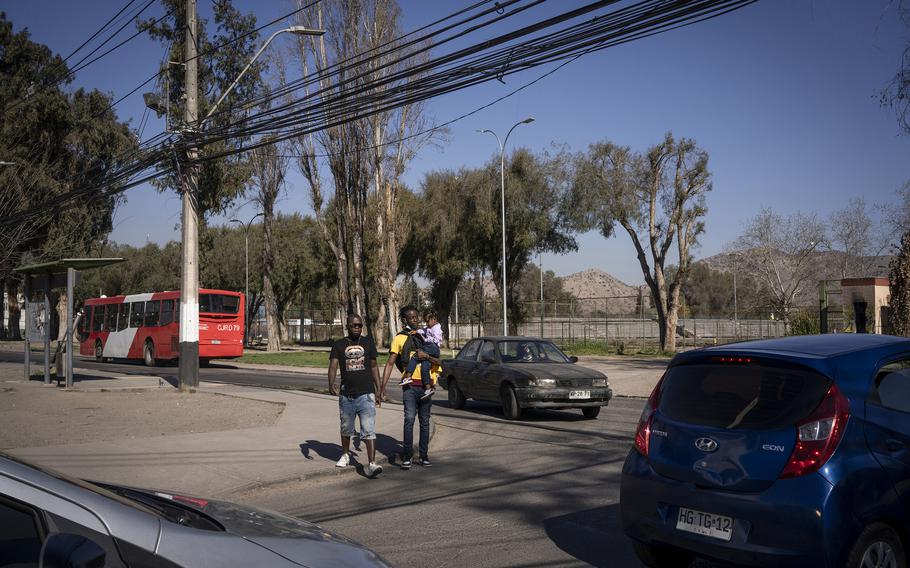 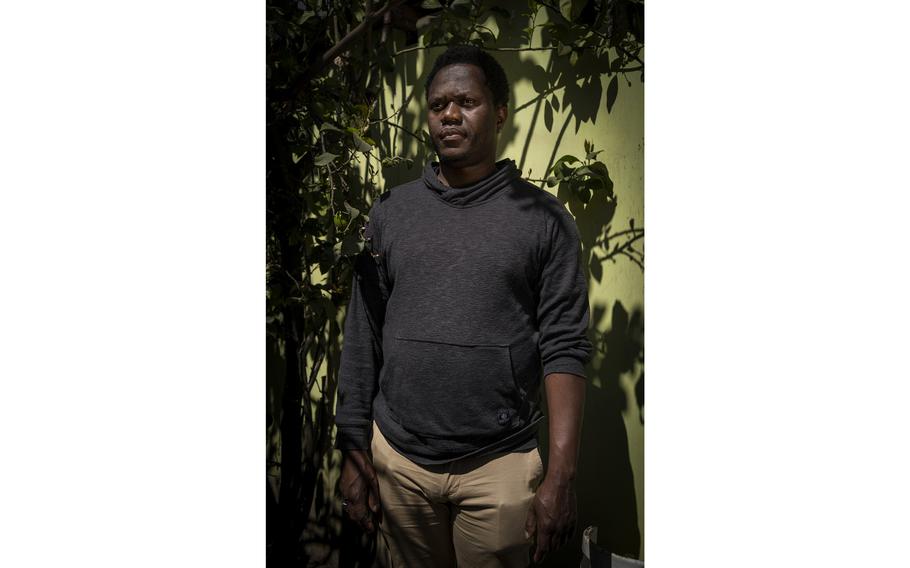 Jean Claude Pierre-Paul came to Chile to study in 2008, married a Chilean woman and stayed. He advocated for the rights of Haitian migrants. He lost his job in Quilicura three months ago. He was never legally hired and was not given severance pay for the years he worked. (Tamara Merino/For The Washington Post) 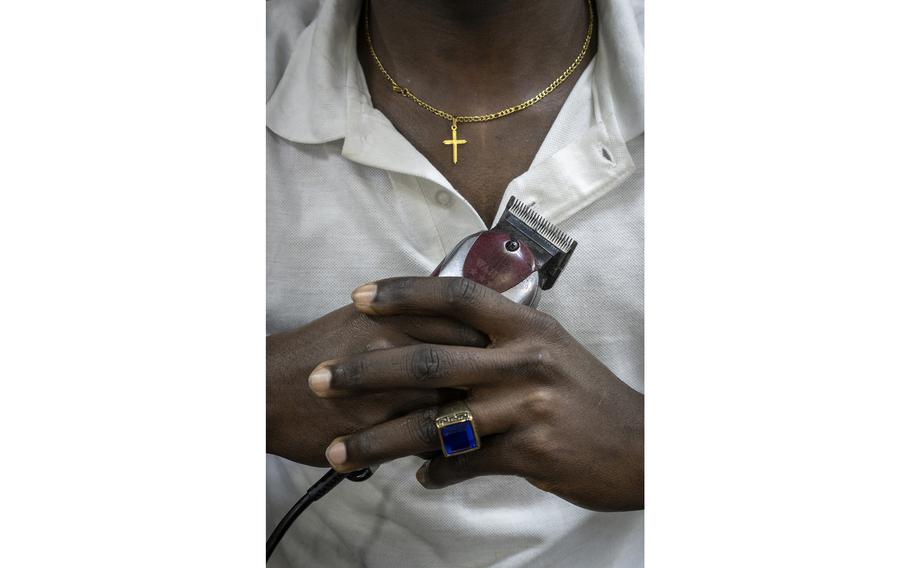 Wilbert Pierre came to Chile four years ago in search of opportunity. He now has a Haitian girlfriend he met in Chile and a 7-month-old daughter, and is training to be a hairdresser. (Tamara Merino/For The Washington Post)

According to Chile's national statistics institute, there were nearly 1.5 million immigrants living in the country in 2020 — double the number recorded in the 2017 census.

Chile began to receive migrants from Bolivia, Peru and Ecuador in the 1990s, and in the 21st century many more came from Colombia, the Dominican Republic and Cuba. Arrivals from Venezuela and Haiti followed in greater numbers.

Discrimination is nothing new, according to sociologist María Emilia Tijoux.

"During the early years of the Chilean state, the 'right' type of migrants were sought from Europe to populate the country," said Tijoux, a professor at the University of Chile. "We are seeing something similar now: Although the Haitian arrivals are young and hard-working, they are constantly discriminated against both culturally and legally."

But no special treatment was offered to Haitians. The Chilean government established a system that year that required visas to be approved in Port-au-Prince before Haitians could board a flight — and prohibited recipients from working in Chile.

From then on, the government promoted repatriation flights, and flew more than 800 Haitians home on the condition that they would not return to Chile for nine years.

Haitian community organizations estimate that as much as 60 percent of the population has left since a 2018 peak. Still, Haitians remain Chile's third-largest foreign-born population, after Venezuelans and Peruvians.

The country's outdated migration laws have been unable to cope with the influx. Until Piñera signed new legislation in April, the entry of foreigners was regulated by a 1975 decree signed by the military junta led by dictator Augusto Pinochet.

The uptick in departures speaks of the gulf between expectations and reality for the Haitians who have come to Chile — and the bitter misfortune that has befallen many over the last two years.

"Since October 2019, when anti-inequality protests began in Chile, many immigrants started to lose their jobs — and straight after that the pandemic started," says Sandro St. Val, 30, a prominent member of the community here.

"Many people started selling goods informally on the street, but couldn't rely on the government support — or weren't eligible — so they had no way of supporting themselves."

The minimum wage in Chile is around $427 per month, which is barely enough to cover basic living expenses. The difficultly acquiring documentation leaves immigrants open to exploitation, and informal, underpaid work is often the only stopgap.

"Without an ID card, you're Mr. Nobody in Chile," said Jean Claude Pierre-Paul, 39, a social worker who arrived in 2008 and worked at the municipality in Quilicura until recently.

"The first thing they ask you wherever you go is your ID number, rather than how your day has been."

Without residency or a national ID card, which often expires before residency is approved, migrants cannot work, open a bank account or formally rent a property.

"We pay all of our taxes and contribute our labor and culture, yet we are treated differently and discriminated against," Pierre-Paul said. "The message is that they're not going to accept us as residents, so can you blame people for moving on?

"Most Haitians would rather be undocumented in the U.S. than down here in Chile. At least they'd be closer to home."