Migrants find themselves stranded abroad by US pandemic policy 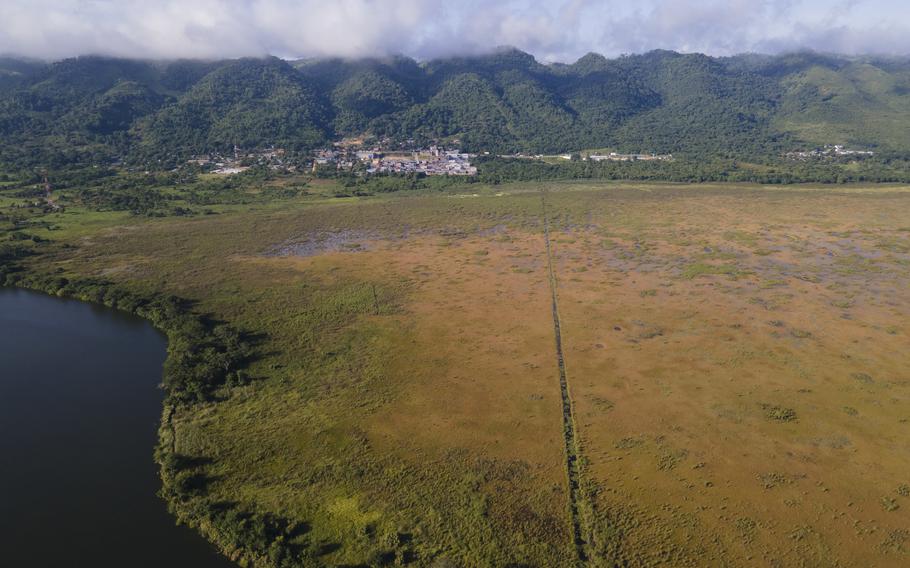 A line in a field divides Mexico, right, from Guatemala, near El Ceibo, in northern Guatemala, Thursday, Aug. 12, 2021. Central American migrants who seek U.S. asylum were deported by air from the U.S. to Mexico, then crossed into Guatemala by land to El Ceibo after being denied a chance to seek asylum under a pandemic-related ban. (Santiago Billy/AP)

EL CEIBO, Guatemala — Shortly after crossing the border in south Texas with her 5-year-old daughter, Karla Leiva of Honduras found herself on a chartered U.S. government flight, learning midair that she was headed to the provincial capital of Villahermosa in southern Mexico. Authorities there put her on a bus to Mexico’s southern border and on Thursday she sat on the patio of a migrant shelter in a remote Guatemalan border town.

Her swift expulsion through three countries was part of a highly unusual partnership between the governments of the United States and Mexico that the Biden administration hopes will deter migrants from returning to the U.S. border.

The U.S. government has intermittently flown Mexicans deep into Mexico for years to discourage repeat attempts, but flights that began last week from Brownsville, Texas, to Villahermosa and Tapachula, near the Guatemalan border, appear to be the first time that Central Americans have been flown to Mexico.

The administration is starting flights of Central Americans to southern Mexico 24 times a month, with hopes of ramping up, according to a U.S. official who was not authorized to discuss the matter publicly and spoke on condition of anonymity. Mexico agreed to support the effort amid strains between the administration and Central American governments and their reluctance to accept more flights from the United States.

U.S. Homeland Security Secretary Alejandro Mayorkas, responding to reporters’ questions Thursday at a news conference in Brownsville, made the administration’s first public acknowledgement that it is expelling Central Americans on flights to southern Mexico. The Mexican government has been publicly silent.

Mayorkas said the flights aimed to deter repeat attempts by migrants who are expelled from the United States under pandemic-related restrictions that prohibit them from seeking asylum. They come as the administration confronts what he called a “serious challenge” at the border, touting figures released Thursday that show unaccompanied children were stopped a record-high 18,962 times in July and migrants who came in families were stopped 82,966 times, the second-highest on record after May 2019.

U.S. authorities stopped migrants 212,672 times in July, the highest number in more than 20 years, though Mayorkas said 27% of those encounters were with migrants who had been stopped at least once in the previous year.

While still delivering some migrants on flights directly to their Central American nations, the U.S. government is now supplementing with the flights to southern Mexico.

Leiva, 32, from Yoro in north-central Honduras, had arrived at the shelter in El Ceibo on Wednesday. She said she was not asked by U.S. or Mexican authorities if she feared returning to her country.

At the Mexico-Guatemala border, they were told to walk into Guatemala and look for the shelter. No one registered their entrance into Guatemala. They were not asked for evidence of a negative COVID-19 test required of all foreigners entering Guatemala.

“No one told me anything. They never heard my case and why I went to the United States,” Leiva said. “I couldn’t tell them that they were extorting me and that they threatened to kidnap my little daughter and take my adolescent sons to join the gang. That’s why I left the country.”

Mayorkas said the U.S. was coordinating with the Mexican government on flights that include Central Americans and ensuring that they comply with international law to provide humanitarian protection when warranted. He didn’t elaborate.

“If in fact they are turned around and placed in the northern part of Mexico, it is too facile, too easy for them to return and try an illegal entry again,” he said. “And so in response to that recidivism, to deter and prevent that recidivism from occurring, we are expelling them further into the interior of Mexico, which is far more difficult to try again.”

He said the Biden administration has made changes to border policy, including allowing unaccompanied children into the country, but said people without a legal claim to residency would be removed under the law.

“These expulsions are illegal, inhumane, and blatant violations of U.S. refugee law and the Refugee Convention,” said Eleanor Acer, the organization’s senior director of refugee protection.

On Wednesday, five United Nations agencies, including the High Commissioner for Refugees, expressed concern over the U.S. policy and repeated their call for the Biden administration to lift the so-called Title 42 restriction on asylum.

Mayorkas said the people being expelled to the interior of Mexico have been expelled under Title 42.

The move comes after President Joe Biden jettisoned many of his predecessor’s hardline immigration policies, describing them as cruel or unwise, including one that made asylum-seekers wait in Mexican border cities for hearings in U.S. immigration court.

Biden also scrapped agreements with Central American nations for asylum-seekers from third countries to be sent there to have their claims heard, denying any prospect of settling in the United States.

The Biden administration has said it wants to focus on addressing the root causes of migration from Central America. Vice President Kamala Harris has led that effort, visiting Mexico and Guatemala to discuss how the U.S. can help while encouraging people not to come. But those are at best medium-term solutions, while at the U.S. border, the number of encounters between U.S. authorities and migrants keeps rising. 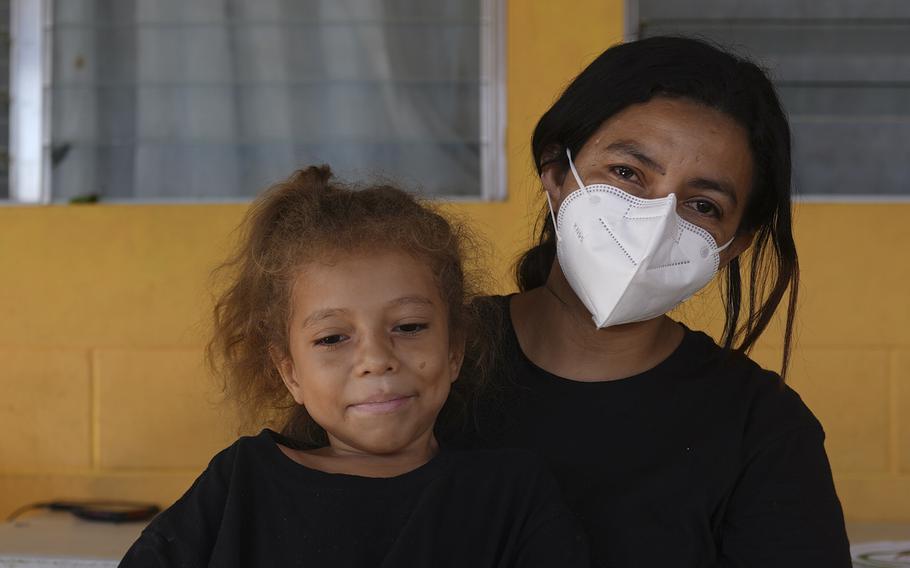 Asylum-seeker from Honduras, Carla Leiva, 32, holds her five-year-old daughter Zoe as they pose for a photo at the "Casa del Migrante" shelter for migrants in El Ceibo, Guatemala, Thursday, Aug. 12, 2021. (Santiago Billy/AP)

Leiva had left Yoro on July 27 with her daughter and three older sons. Twelve days later, she and her daughter crossed the Rio Grande on a raft into Texas with a smuggler and were quickly apprehended. She said her sons were supposed to have followed, but didn’t manage to cross.

U.S. authorities took Leiva and Zoe to Brownsville. Two days later they were put on the plane. On Thursday, they both still wore the identifying wrist bands U.S. authorities gave them.

The orange-painted hilltop shelter here has been filling this week as more migrants are dropped at the border daily. There’s little else in this remote border outpost surrounded by jungle.

Leiva was still trying to understand what had happened and what would come next. She said she could not return to Honduras and she fretted over the $3,000 she had paid the smuggler.

“No one signed any deportation. I didn’t sign,” she said. “They tricked us. They didn’t even give me a paper.” The bracelets are the only evidence they were ever briefly in the U.S.

Leiva’s only choice, she said, was to try making her way north again. Her two sons and older daughter were waiting in northern Mexico.

AP writers Ben Fox in Washington and Elliot Spagat in San Diego contributed to this report.