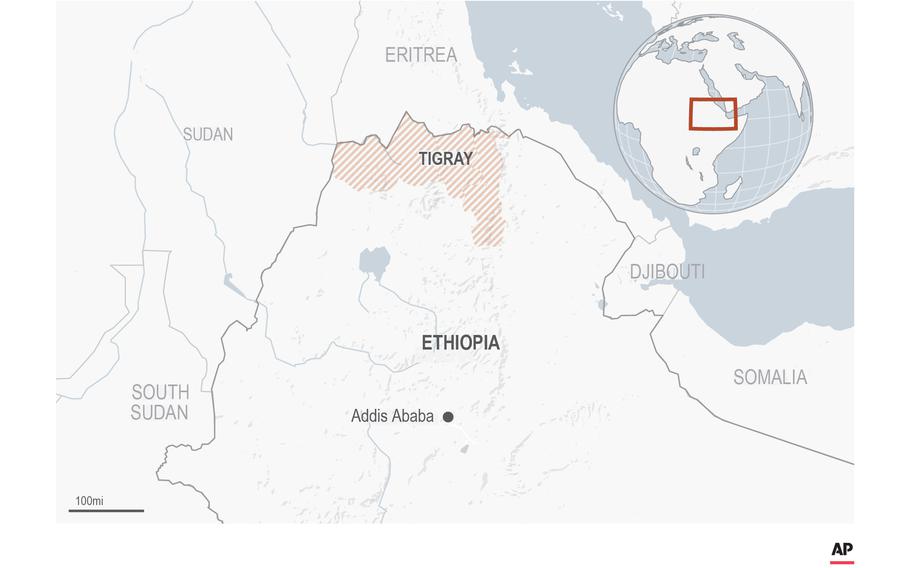 Eritrean soldiers are leaving major cities in Ethiopia's Tigray region, the latest sign that a peace deal aimed at ending two years of conflict is holding.

Over the past 48 hours the troops were seen withdrawing by truck from the Ethiopian city of Shire and the town of Adwa near the northern border with Eritrea, said people who asked not to be identified because they're not authorized to comment on the matter.

Representatives of Ethiopia's government and the dissident Tigray region signed a peace deal in South Africa on Nov. 2 to end a civil war that erupted in November 2020 and has left thousands of people dead. The truce sparked a more than 1,000-point rally in Ethiopia's $1 billion of 2024 eurobonds, with the yield falling to 35.55 percent on Friday from 45.80 percent the day before the agreement.

During the conflict, Eritrean troops were blamed for committing widespread human-rights abuses including rape, indiscriminate killings of civilians and kidnapping. Eritrea - an ally of Ethiopian Prime Minister Abiy Ahmed and a foe of the Tigray authorities - had kept its forces in place after the peace deal was signed and they continued to fight on.

The Eritrean pullout comes as Ethiopian authorities restore services to the Tigray region.

Ethiopian Airlines resumed flights to the regional capital, Mekelle, this week and telecommunication services have been reconnected in major urban centers across the region. Earlier this week, Abe Sano, president of the Commercial Bank of Ethiopia, said in an interview with the state-run Ethiopian Broadcast Corp. that 20 branches of the bank in Tigray would reopen.

Representatives from Ethiopia and Tigray met in Nairobi, the Kenyan capital, earlier this month and agreed to allow a team of independent African experts to monitor the implementation of the peace deal, according to a document summarizing the meeting seen by Bloomberg. The deal lays out terms for Tigray forces to disarm and stop recruitment, and for their troops to be sent to designated areas controlled by federal Ethiopian forces.