Hunger, disease explode in Africa and are likely to get worse 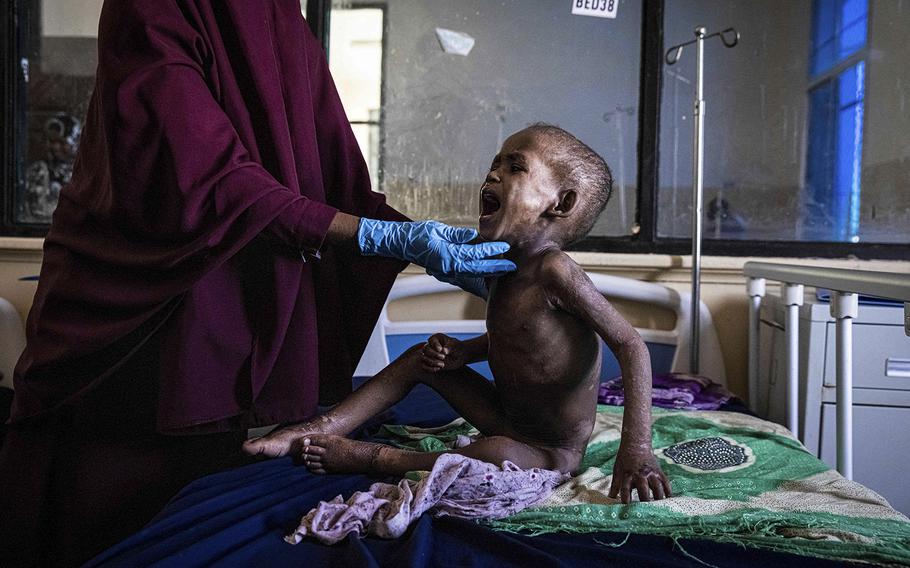 (Tribune News Service) — Climate-driven weather disasters across a dozen African countries are threatening the physical and mental development of an entire generation, and their plight is expected to get even worse next year, the head of the WHO Foundation warned.

The worst drought in at least four decades across the Horn of Africa in the east of the continent and floods and water shortages in West Africa's Sahel region have left 76 million people food insecure. Parts of Somalia are on the verge of famine.

The disasters, exacerbated by conflict, are driving malnutrition among infants and causing disease outbreaks as people migrate in search of water and food, and overrun health systems struggle to respond, said Anil Soni, the WHO Foundation's chief executive officer. The World Health Organization, has raised less than half of its target of about $200 million for the two regions this year. The foundation collects money on behalf of the WHO.

The combination of hunger and conflict are "going to affect children's physical and mental development for generations to come," Soni said in an interview on Wednesday. "Whether or not we lose millions of lives or less, I think depends on how quickly we act."

Across the Sahel and Horn of Africa regions, 15 million people have been internally displaced by weather disasters and conflict. Nigeria, Burkina Faso, Ethiopia, Somalia, Sudan and South Sudan are among the worst-affected nations.

There are currently cholera outbreaks in seven countries across the two regions and measles in eight. Six countries are struggling with outbreaks of yellow fever and there are cases of Hepatitis E, which is caused by contaminated drinking water, dengue fever, anthrax and meningitis.

In the Horn of Africa, rains have failed for five consecutive seasons, with the last one having been the driest in 70 years. Even so, 40% of the landmass is flooded in South Sudan which lies on the region's periphery, the third consecutive year this has happened.

In the Sahel, which includes nations such as Mali and Niger, malnutrition levels are 60% higher than they were in 2018. About 1.4 million children under the age of five are experiencing severe wasting, which is caused by acute malnutrition and results in diarrhea and a compromised immune system.

"There's no reason to believe that the weather next year is going to be any better than the weather this year," Soni said. "What you're seeing is year-on-year things getting worse."

The WHO has been working alongside the World Food Programme and other organizations in the two regions, tackling the health crises that accompany hunger and mass migration. Banditry in north east Nigeria and jihadist activity across much of the region is complicating their relief efforts.

"The deteriorating security situation exacerbates the situation in the Sahelian zone, with difficulties in providing health care in conflict-affected areas or attacks on health personnel and infrastructure," the foundation said in a response to queries.

"I feel confident, unfortunately — and this is a sobering statement to make — that there are going to be more people in need next year than now," Soni said.