French lawmaker suspended after shouting, 'Go back to Africa,' in Parliament 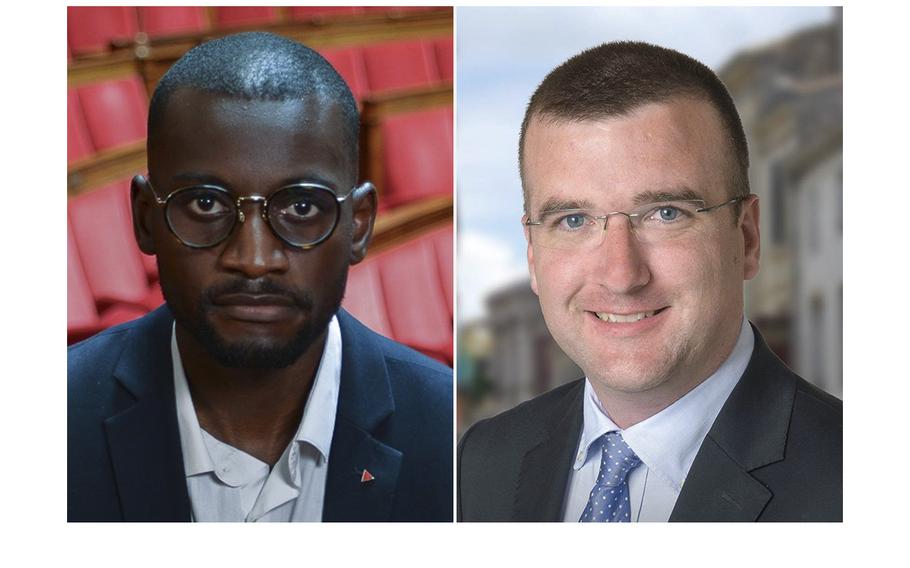 In an extremely rare move, a French lawmaker was suspended from Parliament on Friday for shouting the words "go back to Africa" while a Black colleague was speaking about migrants.

The remarks, which brought Parliament to a halt Thursday, sparked outrage over racism and a wave of condemnation.

Carlos Martens Bilongo, a 31-year-old Black lawmaker who represents a district north of Paris, was addressing the National Assembly, or lower house, about migrants stranded at sea, when another member of Parliament, Grégoire de Fournas, 37, interrupted him and shouted that someone should "go back to Africa."

The outburst Thursday roiled the session, not least because the pronouns "he" and "they" are pronounced the same in French, making it possible that De Fournas's comment might have been intended for his fellow lawmaker. One official's jaw dropped. Others stood up and began shouting, before the head of the assembly quickly suspended the session.

Sticking by the long-standing anti-immigration rhetoric of his party, the National Rally, De Fournas later said he was referring to the migrants, not his colleague. But critics deemed that no less offensive, and many saw it as an insult hurled in the legislative hall at a member of Parliament.

A teacher born in Paris, Bilongo said in a statement that did not justify the remark. "Has racism become so mundane for that phrase to have become acceptable?" he wrote.

"I didn't think that I would be insulted in the National Assembly today," Bilongo told reporters. "They insulted me and all the people in France who have this skin color."

On Friday, members of Parliament approved the suspension of de Fournas for 15 days of parliamentary debates, and the withholding of half of his allowance for two months. It's only the second time in recent French history that such a disciplinary measure has been adopted.

"This sanction is the most severe provided for by our internal rules," said parliamentary president Yaël Braun-Pivet, calling for "dignity" in future debates.

Lawmakers from French President Emmanuel Macron's party had been quick to condemn the incident, describing it as "scandalous" and pledging not to sit in the lower house unless de Fournas receives a "heavy penalty."

De Fournas said Friday that he would respect the decision to suspend him. But he criticized the decision as unjust, accusing his opponents of "a manipulation" and reaffirming his party's stance against migrant arrivals. He told reporters that his comment about returning to Africa referred to a boat carrying 234 migrants. The aid agency that rescued them at sea is appealing to European governments to find a port for them to disembark as weather worsens.

Her opponents cast her party's reactions to the flare-up in Parliament this week as a testament to its xenophobic roots, as she seeks to bring the far right into mainstream politics.

Le Pen led her party to its best-ever performance in legislative elections in June, working to moderate her image and focusing on issues such as the rising cost of living and record inflation in Europe. That win, and Macron's loss of an absolute majority in Parliament, complicates his second term at a time when voters are growing more divided.