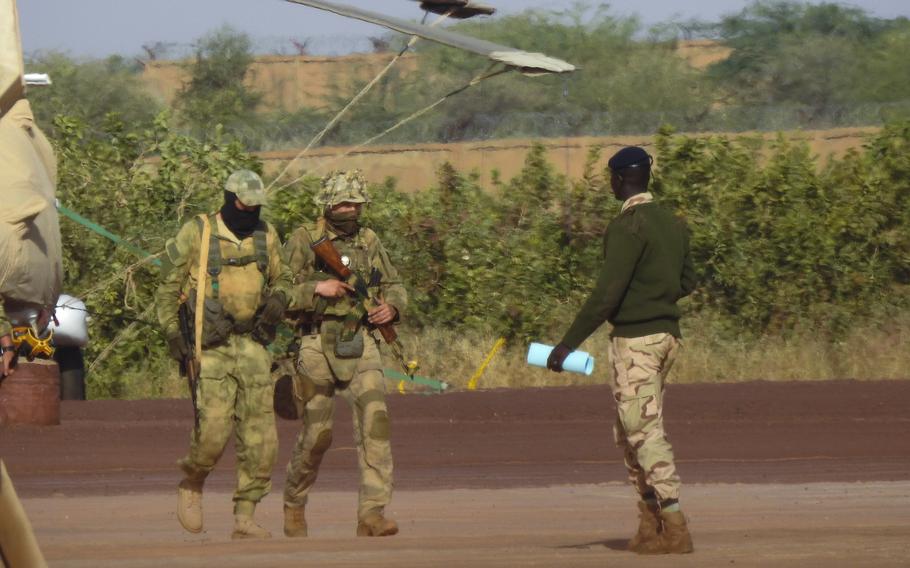 Russian mercenaries are seen in northern Mali. Russia has engaged in under-the-radar military operations in at least half a dozen countries in Africa in the last five years using a shadowy mercenary force analysts say is loyal to President Vladimir Putin. The analysts say the Wagner Group of mercenaries is also key to Putin’s ambitions to re-impose Russian influence on a global scale. (French Army)

The Central African Republic is defending the use of Russian assistance to take back territory the government says rebels have illegally occupied, despite widespread claims of indiscriminate killings of civilians and looting of mining sites.

Albert Yaloke Mokpeme, spokesman for the CAR presidency, denied in a written response to questions from Bloomberg that fighters from the Wagner Group, which the U.S. says is linked to the Kremlin, operate in the country. He disputed claims made to Bloomberg by artisanal miners, rebels and humanitarians, and allegations in United Nations reports that mercenaries alongside the national army have killed scores of people, looted communities and displaced thousands as they increase their control of gold-mining areas in the war-torn country.

Instead, he said CAR forces have been assisted in fighting the rebels by unarmed Russian military trainers who arrived in 2018 under a deal struck with President Vladimir Putin's government.

"Central African armed forces, helped by Russian and Rwandan allies, have succeeded in pushing the rebels back and taking back a significant part of the national territory and illegally occupied mining sites," Mokpeme said, also referring to Rwandan soldiers who are assisting the CAR army. "We have the legitimacy to defend our country when it is attacked."

But UN officials, humanitarians and civilians say that Wagner has focused on mining sites since it arrived in the CAR four years ago. The mercenaries have been essential to keeping President Faustin-Archange Touadera in power, according to analysts.

Last October, the UN working group on mercenaries urged the CAR government to "end all relationships with private military and security personnel, particularly the Wagner Group," which it alleged was "committing systemic and grave human rights and international humanitarian law violations" including summary executions, torture, rape and arbitrary detention.

The "Kremlin-backed" Wagner "exploits instability to pillage resources and commit abuses with impunity, as we've seen in Mali and the Central African Republic," U.S. Secretary of State Antony Blinken said in a speech in South Africa during a trip to three African countries last week. 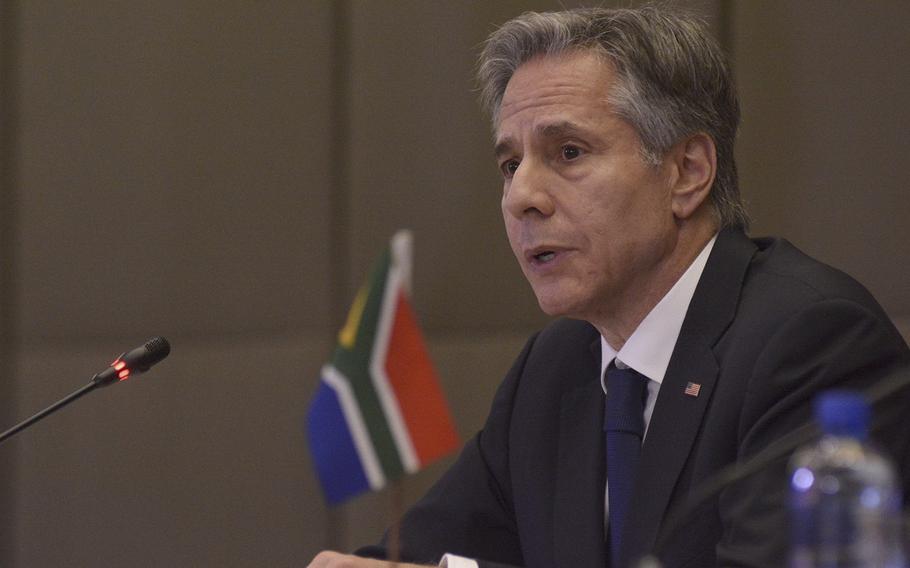 Facing western isolation since its invasion of Ukraine, Russia has sought to deepen its ties with African countries — last month, Foreign Minister Sergei Lavrov toured the continent, including a stop at the African Union headquarters in Ethiopia.

Unstable regimes in Africa have sought assistance from Wagner to prop up their governments, including in Libya, Mali and Sudan, according to the US.

The U.S. says Wagner is controlled by Yevgeny Prigozhin, a restaurateur and tycoon who has been dubbed Putin's "chef." He denies any links to the group and a spokesperson for his catering company, Concord Group, didn't respond to questions seeking comment about recent attacks, whether it operates in the CAR or the nature of its activities.

In June, a top European Union court rejected Prigozhin's bid to overturn EU sanctions imposed in October 2020 over Wagner's deployment to Libya. He said in his application to the court that he had "no knowledge of an entity known as Wagner Group" or "links with any such entity," according to the judgment. Last December, the EU sanctioned Wagner itself for allegedly deploying mercenaries to conflict zones to fuel violence and loot natural resources in violation of international law.

Mokpeme denied the use of Russian mercenaries in military operations in the country. But half a dozen UN officials, diplomats and humanitarians interviewed by Bloomberg tell a different story: one where national troops alongside Russian fighters have indiscriminately killed small-scale miners and taken over mines.

Alnazir Mohamed said he was digging for gold when an attack helicopter swooped to the ground flanked by tanks. Soldiers who appeared to be foreign streamed into the mining site and opened fire.

Mohamed fled across the border into Sudan. But dozens of miners died that day in March in eastern CAR, according to Mohamed and six other people who said they were eyewitnesses. They also reported seeing Russian-speaking soldiers.

"They killed randomly and looted, taking everything including property, money and gold," Mohamed, 30, said in an interview last month in Nyala, Sudan.

The mercenaries, working with the domestic army, killed at least 100 artisanal miners between March and June, according to a tally kept by local rebel leaders. Attacks in the area continued until at least June, according to several people who said they witnessed the incidents.

"Their forces scout gold-mining areas using drones," said Enrica Picco, a senior analyst with the International Crisis Group who was previously a member of the UN panel of experts on the CAR and has been doing field research since Russian fighters arrived in the country. "Then they use helicopters to deploy soldiers who indiscriminately kill miners and rebels in control of the site, loot property and steal gold."

The CAR has been engulfed in unrest for more than two decades. Mokpeme didn't to respond to a question about how CAR, one of the world's poorest countries, is paying Wagner. But diplomats, UN officials and analysts allege that the company has been granted mining concessions as compensation.

The government "is allowing Wagner seemingly unconditional access to control and pillage the country's rich resources while supporting violence, including kidnapping, rape, torture, and mass killing," said Nathalia Dukhan, a senior investigator at The Sentry, an organization that seeks to disable networks that benefit from violent conflict and has documented alleged incidents involving Wagner.

The country's diamond, gold and uranium reserves have long fueled illegal smuggling and attracted miners from across the region.

Mohamed Zakaria, a 35-year-old miner from Sudan, said many Sudanese nationals traveled to the CAR to find work after coming under pressure from militias there.

"As we heard that the Central African Republic is a gold-rich country, we traveled there and began working with good conditions and production," Zakaria said. "But we later came under attack from Russian fighters and we lost everything."