Senegal sees opportunity and ‘hypocrisy’ in Europe’s search for gas 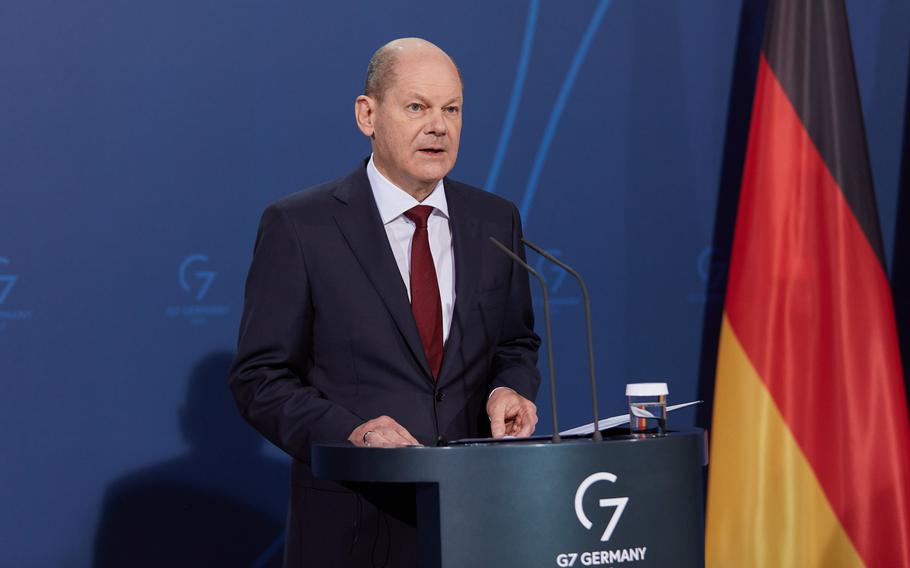 DAKAR, Senegal — Only months ago, world leaders pledged to stop financing new fossil fuel projects around the globe in a “historic” move against climate change. Now some of those leaders, desperate for energy as Russian flows dwindle, are turning to African nations with burgeoning reserves of oil and natural gas.

The European Union’s energy czar visited his office in February. German Chancellor Olaf Scholz is expected later this month. Senegal is billing itself as a replacement for Russia, which covered 39% of Europe’s natural gas needs before the invasion of Ukraine upended the global power map and triggered an energy crisis.

“The war has changed everything,” Kane said.

European officials are pushing to sever ties with Moscow and shift to 100% clean power in the coming decades. But for now, supplies are strained. Prices are spiking. Leaders fear blackouts darkening homes, hospitals, factories and power plants.

The war has brought into stark relief how much Europe depends on natural gas as it transitions to green energy. Gas provides backup power when the sun isn’t shining or the wind isn’t blowing. It’s an essential ingredient in fertilizer. Phasing it out won’t happen overnight.

Countries are now scrambling to cut fresh deals across the Middle East and Africa that could lock them into fossil fuel contracts for years more than they had planned.

“The Europeans are now looking at Africa in an entirely different way,” said Vijaya Ramachandran, an Africa energy analyst at the Breakthrough Institute in California. “Europe is finding it can’t just rely on the handful of countries it has been relying on forever.”

Italy has already struck deals with Algeria, Egypt, Angola and the Republic of Congo to make up for almost two-thirds of the gas it was importing from Russia, according to research firm Capital Economics. Germany, the bloc’s economic powerhouse, is rushing to build import terminals for gas shipments from the United States and West Africa. A draft European Union plan for replacing Russian gas, reviewed by Bloomberg News, highlighted Senegal, Nigeria and Angola as potential partners to fill the widening gaps.

It’s an abrupt departure from November, when 20 countries — including Italy and Germany — agreed at the COP26 climate conference in Scotland to halt public financing for overseas fossil fuel projects this year and invest in green power instead.

The European Investment Bank had planned to cut off funding for gas projects in Africa by the end of 2021, outraging nations with nascent industries. Fewer than half of people in the sub-Saharan region have access to electricity, and power costs across the continent are among the highest in the world.

“Putting an end to the financing of gas will deeply affect and thwart our efforts for social development,” Senegal’s president and the African Union chairman, Macky Sall, said of the Glasgow pact.

Europe’s pivot to African energy is complicated by more than climate goals. Political instability and conflict have raised concerns among investors. So has the enormous expense of developing infrastructure for extraction and shipping in untested areas.

West Africa has endured five coups d’etat since 2020 and is grappling with rapidly spreading Islamist insurgencies. One proposed pipeline would run from Nigeria through Niger, which are both locked in battle with extremists.

“Investors are confused,” said Ken Medlock, senior director of the Center for Energy Studies at Rice University’s Baker Institute for Public Policy. “This interest just formed. For the last couple of years, it has been about no more fossil fuels.”

The continent could reach peak gas production at 470 billion cubic meters before 2040, roughly three-fourths of the expected amount produced this year by Russia, according to Rystad Energy research.

Russia’s natural gas came far more cheaply and easily for Europe, running through a pipeline under the Baltic Sea into Germany. Less than a fifth of the bloc’s gas imports over the past decade arrived from African countries, and analysts say much of the region’s supply will take years to come online.

Kane, the oil and gas official, is steering investors toward Senegal to manage the longer-term risk.

Senegal, too, is investing in solar energy and wind farms: Nearly a third of its power mix is renewable.

As resource-detecting technology evolved, the country of 18 million made a series of major discoveries from 2015 to 2017. Boats that work like floating ultrasounds found gas fields north of the seaside capital, Dakar, and near the border with Mauritania. Officials named them after French and Wolof words for “hope,” “hospitality” and “turtle” (because of its shape on seismic imaging).

The Senegalese government teamed up with BP and an American firm, Kosmos Energy, to develop fields that the companies said could be harnessed for the next three decades. Production is set to begin next year.

Not everyone is excited: Environmental activists warn of damage to Senegal’s glittering shorelines, a magnet for tourists and a haven for wildlife.

The first round of gas for overseas clients will go mostly to nations in Southeast Asia, officials said — those deals were set in 2018 — but the next batches are up for grabs. Demand is skyrocketing, Kane said. Senegal aims to wield that leverage to ink larger contracts with European nations.

Lawmakers passed a measure this year to protect against what economists call the “resource curse” — the squandering of natural wealth by the political elite. Loans backed by future gas earnings are banned. Revenue cannot be spent on government salaries and must support investments for the “future generation,” such as in education and health care.

“Imagine how many hospitals we could build,” he said. “How many schools. How many roads.”

At an oil and gas conference this week in Dakar, hundreds of industry insiders gathered for networking dinners and drinks, lobbing observations about the Ukraine war’s ripple effects.

One speaker at a beachfront hotel queued up a PowerPoint titled Russia-Ukraine Conflict: Risks and Opportunities for Africa.

“Europe did everything to stop fossil fuels here,” said a Texas businessman in the crowd, “and now that a dictator is threatening to cut them off . . ..”

“The critical part of this,” a Mauritanian gas executive interjected, “is how much of this gas will benefit the people here.”

Halper reported from Washington. The Washington Post’s Borso Tall in Dakar contributed to this report.