Sudan activists appeal for help for orphanage where 54 died 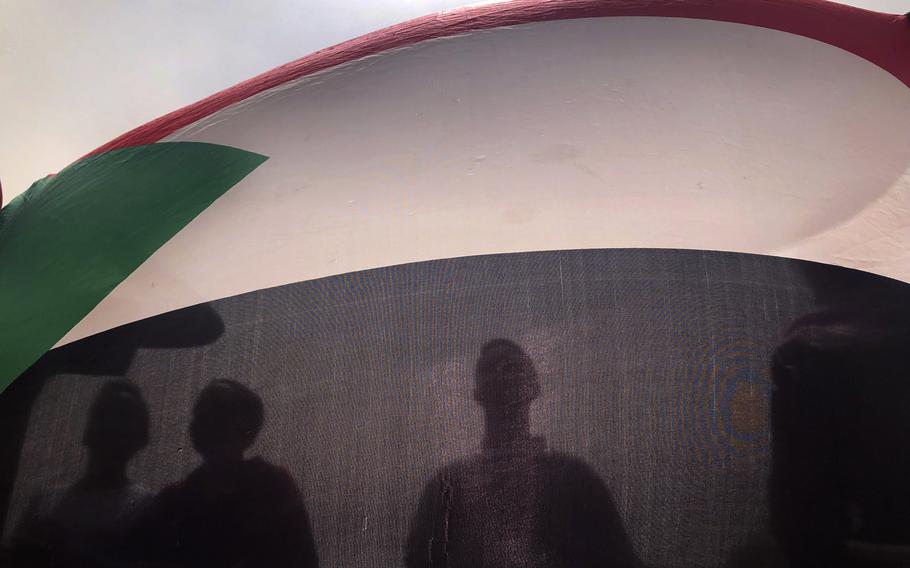 Sudanese protesters hold their national flag as they march during a demonstration against the ruling military council, in Khartoum, Sudan. June 30, 2019. According to reports on Thursday, Feb. 10, 2022, at least 54 children have died at a government-run orphanage in Khartoum, in the past three months. (Hussein Malla/AP)

Sudan activists appeal for help for orphanage where 54 died

CAIRO — Sudanese activists have taken to social media to appeal for help for a neglected, government-run orphanage in the capital, Khartoum, where local authorities said 54 children have died over the past three months.

The high death toll, reported earlier this week, has caused outrage in this African country wracked by turmoil and economic downslide since an October military coup upended its transition to democratic rule.

The orphanage in Khartoum had housed more than 320 children, including 80 with disabilities, who a government statement described as living in “tragic conditions,” sometimes with up to 26 children in a single room.

The orphanage authorities have not given any cause of death. Volunteer Afkar Omar Moustafa said most of the children had suffered from malnutrition but also various diseases amid shortages in staff and medical services.

“Children need special medical care and other services, which are currently unavailable,” she said. “The orphanage needs a quick assistance ... to prevent a catastrophe.”

An official with the Ministry of Social Affairs, which oversees orphanage facilities, said that sustained funding is also urgently needed because donations have drastically declined in recent months amid dire economic condition across the county.

The official said prosecutors have opened a probe and ordered autopsies of the deceased. She spoke on condition of anonymity because she was not authorized to talk to the media.

A military statement on Wednesday said the army has provided food aid and other assistance to the orphanage, without elaborating.

Sudan has for years struggled with an array of economic woes, including widespread shortages of essential goods and soaring prices of bread and other staples. Since 2020, Sudan embarked on a reform program meant to transform the economy and have the nation rejoin the international community after over two decades of isolation during the rule of autocrat Omar al-Bashir.

The economic hardships accelerated since the military takeover in October, removing the transitional government of Prime Minister Abdalla Hamdok. Western governments have halted their economic assistance over the coup while unabated street protests against the military rulers have paralyzed the county.