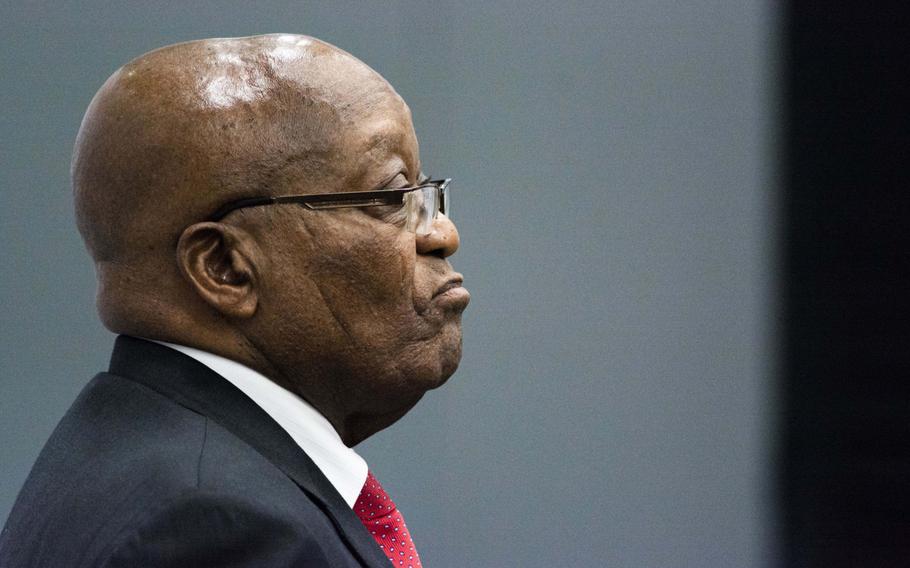 A judicial commission which has spent almost four years probing graft in South Africa concluded that the state had been “captured” during former President Jacob Zuma’s tenure and made damning findings against the ruling party and top officials.

The panel, headed by Acting Chief Justice Raymond Zondo, submitted the first of a three-part report to President Cyril Ramaphosa on Tuesday, with the others to be handed over by the end of next month. Hundreds of witnesses testified how government coffers were systemically looted over the course of Zuma’s almost-nine-year rule.

“This commission has concluded that state capture has been established,” Zondo said in the report. He found that the state procurement processes were abused, pliable officials were appointed to oversee the improper allocation of government contracts and the ruling African National Congress benefited from the proceeds of corruption.

The probe also determined that governance collapsed at state entities, while a number of private companies initiated or participated in corrupt arrangements, and there was an absence of any internal safeguards to prevent them from doing so. Zuma’s name was repeatedly mentioned in the report, although no direct recommendations were made that he be investigated further or prosecuted. He has repeatedly denied wrongdoing.

“It is a report of more than 800 pages, it has got Zuma from beginning to end, so you would understand that we need some time to study it before commenting,” said Mzwanele Manyi, a spokesman for the Jacob Zuma foundation.

A spokesman for the ANC didn’t respond to calls or text messages seeking comment on the findings. On Tuesday, the party said it welcomed the report’s release and that it was committed to tackling all forms of corruption.

The initial 874-page document, published on the presidency’s website, covers the panel’s investigations into allegations of wrongdoing at state-owned airline South African Airways and its affiliates, the South African Revenue Service and The New Age, a newspaper owned by the Gupta family, who were close associates of Zuma’s and were in business with one of his sons.

These are some of its other key findings:

Investigations into the airline and its technical services unit showed “that fraud and corruption took hold in these entities,” the judge said.

The panel heard evidence of how a competent board was forced to resign during Zuma’s tenure, paving the way for the appointment of an incompetent one that led the national carrier to financial and operational ruin. Two finance ministers explained to the commission that Myeni was retained as chairwoman because of Zuma’s personal preferences, which was “the antithesis of accountability,” Zondo said.

SAA spent months in business rescue, a form of bankruptcy protection, and the government is in the process of selling a majority stake in the airline to private investors.

- South African Revenue Service: Evidence related to the tax agency demonstrated how the private sector colluded with the executive, including Zuma, to capture what was a highly regarded institution and render it ineffective, Zondo said. He found that SARS was systemically and deliberately weakened through restructuring, strategic appointments, dismissals of key staff and a pervasive culture of fear and bullying.

Evidence was presented that Zuma undertook to name Tom Moyane as the agency’s commissioner before his formal appointment. Bain & Co. also met with Zuma and Moyane before it was signed up as a consultant and it was clear it would be given a contract even before a tender process had begun, Zondo said.

Zondo recommended that all Bain’s contracts with state departments and organs of state be re-examined for compliance with statutory and constitutional provisions. He also called on law-enforcement agencies to investigate whether there were grounds for prosecutors to lay charges in connection with the award of the Bain contracts. Bain’s media representatives didn’t immediately respond to an emailed request for comment.

Zondo recommended that Moyane be charged with perjury for giving false evidence to parliament, while legislation should be amended to allow for an open, transparent and competitive process for appointing the SARS commissioner. Moyane, who gave evidence before the commission under subpoena on May 26, 2021, has consistently denied wrongdoing. Moyane declined to comment on Wednesday.

He concluded that Collin Matjila, a former acting chief executive officer at Eskom Holdings SOC was a “key facilitator” of deals signed by the state power utility, and agreed to the largest contracts TNA had ever entered into, even though he wasn’t authorized to do so. The judge said law enforcement should conduct further investigations to determine whether Matjila should be prosecuted for fraud. Matjila has denied wrongdoing. He didn’t respond to emails seeking comment on Zondo’s findings.

“Government departments and state-owned enterprises used scarce public resources to secure advertising in or sponsorships with TNA that defied logic and legal requirements,” Zondo said. “It shows the extent of the Guptas’ influence in the public sector in South Africa as well as the Guptas’ strategy to replace officials that were not compliant with their looting scheme.”