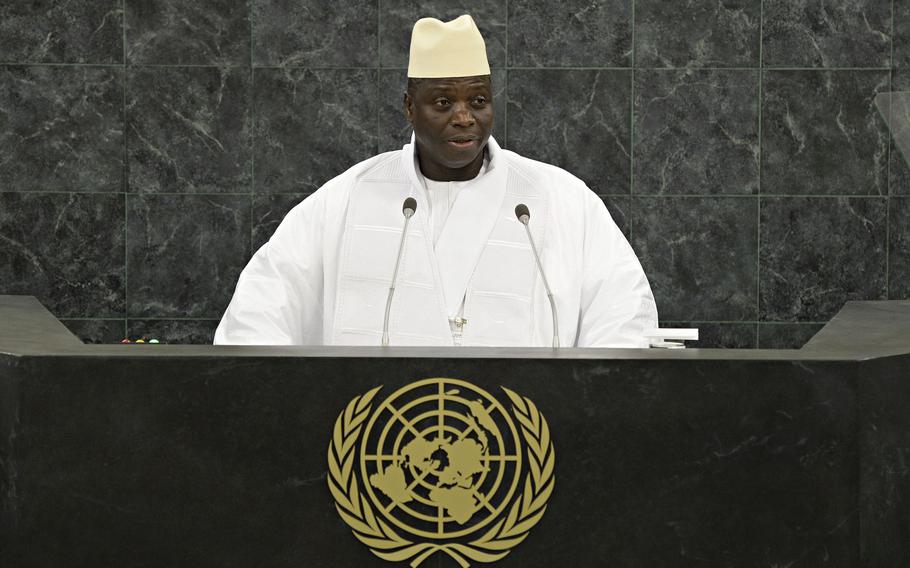 A report read out Friday by Kimbeng Tah, a ministry of justice official, listed crimes Jammeh and named associates were held responsible for. Its findings are not legally binding, with those accused still "benefiting from the presumption of innocence," Tah told reporters Friday in the capital, Banjul.

The commission, which concluded an almost three-year investigation last month, was created by Jammeh's successor, Adama Barrow, who won a second term in office after a Dec. 4 vote.

Jammeh, who now lives in exile in Equatorial Guinea, seized control of the West African nation in a 1994 coup, leading a regime accused of torture and disappearances. He also forced HIV sufferers to follow his own treatment methods. The commission found that these included sexual violence against patients.

"Our resolve is stronger today to intensify our campaign to bring Yahya Jammeh and all those who bear the greatest responsibility for crimes committed under the previous regime to justice," Sheriff Kijera, the chairman of the Victims' Centre, told Bloomberg after the report's release.