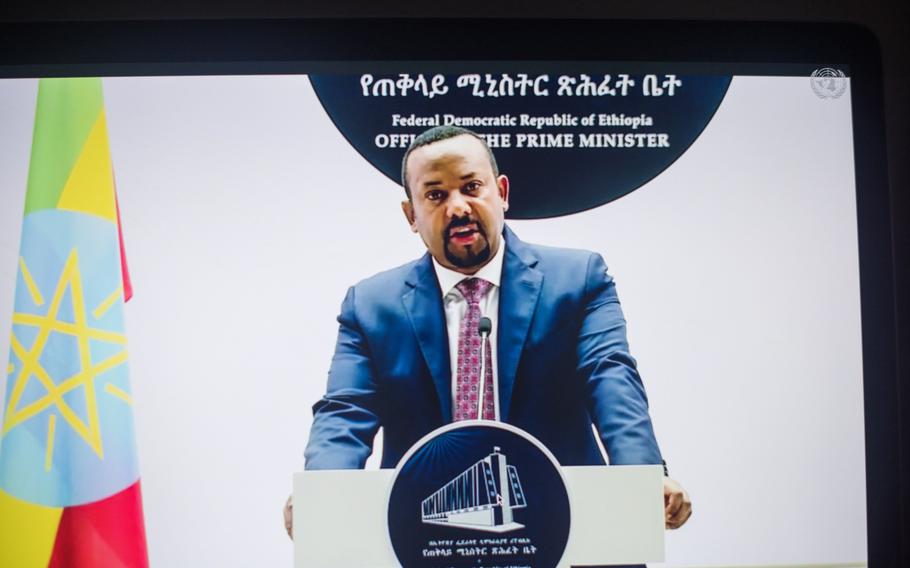 A conflict between two of Ethiopia’s northern states has intensified, with thousands of people in the western Tigray region forced to flee their homes or detained.

About 21,000 displaced people arrived at camps since Nov. 22 as fighters from federal government-aligned Amhara raided parts of western Tigray they claim belong to them, according to people with knowledge of the matter. That number may more than double in weeks, the people said, asking not to be identified because they’re not authorized to publicly discuss the events.

Abiy is facing mounting pressure from Western governments over the conflict that’s caused a humanitarian crisis with thousands of people dead and about 9.4 million in need of food aid, according to humanitarian agencies. The atrocities, blamed on both the government and the rebels, prompted U.S. President Joe Biden to threaten sanctions in September.

Abiy received a boost this week with a visit from China’s Foreign Minister Wang Yi but the conflict has battered investor confidence in what was one of the world’s fastest-growing economies and triggered a sell-off in the nation’s bonds.

The Amharas intensified their raids in western Tigray in recent weeks, leaving several people dead or detained, according to the people. Abiy’s administration, meanwhile, has announced it’s made gains against the rebels whose advance last month raised fears of a potential assault on the capital, Addis Ababa.

There hasn’t been fighting in the rest of Tigray for months after the TPLF had regained control of the region from federal forces.

The war that’s left thousands dead, millions in need of food aid and hit Ethiopia’s economy started last November when Abiy ordered an incursion into Tigray in retaliation for an attack on a federal army camp. The U.S. and U.K urged their citizens to leave the country as the fighting intensified.

A spokesman for the Amhara region, Gizachew Muluneh, confirmed arrests in Tigray, and said by phone on Thursday that anyone wrongly detained will be released after investigations.

“We are arresting and searching the houses of individuals not on the basis of their ethnic background, rather after they are being suspected of having communications with the terrorist group,” Gizachew said. “This is happening all over the country, not only in Amhara region.”

Thousands of males, aged 15 to 50, have been held in makeshift detention centers, the people said. Meanwhile trucks carrying Tigrayans, mostly women, children and the elderly, continue to arrive at the camps and some have crossed the border into Sudan, the people said.

Bloomberg couldn’t independently verify the reports as access to the region has largely been prohibited.

Neven Crvenkovic, a spokesperson for the United Nations’ refugee agency in Ethiopia, said his and other UN agencies have “received very concerning reports of new waves of displacement from western Tigray.”

The Amhara, one of Ethiopia’s two biggest ethnic groups, claim the disputed territory in Western Tigray falls under their jurisdiction. They were forced to relinquish authority in 1991 after a TPLF-led alliance seized control of the country and reconfigured it into nine semi-autonomous states.

UN and Ethiopian investigators have documented atrocities blamed on all parties in the conflict. They reported that more than 200 Amharas were killed by a Tigray militia last November, resulting in retaliatory attacks. It was also reported that Tigray fighters destroyed hundreds of health centers in Amhara.