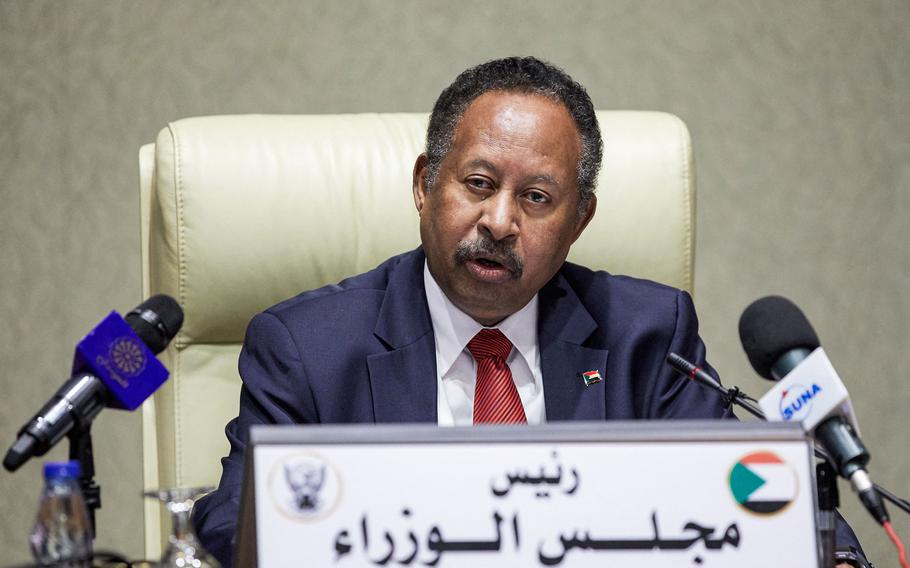 Sudan’s transition to democracy was rudely jolted this week, when a group of military officers loyal to the ousted dictator Omar al-Bashir attempted a coup in Khartoum against the civilian-led administration of Prime Minister Abdalla Hamdok. Their failure is cause for relief, but neither the government nor the wider world can afford to exhale.

For the best part of two years, Sudan has been a shining exception to the trend of democratic retrenchment across much of Africa and a beacon of hope amid the gathering gloom of autocratic populism worldwide. After widespread protests brought an end to al-Bashir’s 30-year tyranny in the spring of 2019, the military and opposition groups agreed to share power for a 39-month period.

Now in the third year of that arrangement, Sudan’s transition has entered its most difficult period, and Hamdok is at his most vulnerable. Although his government has introduced a dazzling and daring array of political, social and economic reforms — from making peace deals with rebel groups and separating religion from the state, to signing the Abraham Accords with Israel and devaluing the currency — ordinary Sudanese have received little dividends for having dethroned the dictatorial al-Bashir.

The euphoric optimism of 2019 has long since been replaced by frustration, much of it stemming from unemployment and inflation, which is close to 400%. The Sudanese economy was hobbled by $60 billion in foreign debt even before the crippling effects of the COVID-19 pandemic. Although Hamdok has secured substantial debt relief and pledges of forgiveness from foreign governments, there has been little investment as yet, and few opportunities for job creation.

The frustration felt by many Sudanese has been boiling over into the streets. There have been protests in Khartoum over the removal of fuel subsidies, part of an economic reform package agreed with the International Monetary Fund. More ominously, intercommunal violence is again escalating in parts of Darfur, Kordofan and the Blue Nile region, forcing hundreds of thousands of people to flee their homes.

The men who plotted Hamdok’s overthrow were counting on the widening disquiet: They tried to shut down roads and access to ports in the east of the country where there had recently been anti-government protests. Perhaps they hoped the protesters, disillusioned by the transition to democracy, would support a return to the old ways — after all, that’s more or less what happened in Sudan’s northern neighbor, Egypt, in 2013 when anti-government demonstrations allowed Gen. Abdel-Fattah el-Sissi to seize power.

Other reports say the plotters included elements of the armored corps, and had tried to seize control of the state broadcaster and military headquarters. They may have been hoping to make an appeal for solidarity from the rest of the military.

But they had misread the national mood. Whatever their grievances with the government, ordinary Sudanese are not inclined toward another revolution. Nor is the military high command of a mind to join a general mutiny. Not even the country’s most feared warlord, the paramilitary commander Mohamed Hamdan Daglo, aka Hemeti, wanted anything to do with the putschists. “We will not allow a coup to take place,” he said. “We want real democratic transition through free and fair elections, not like in the past.”

But Hamdok can’t be sanguine about the rest of transition to democracy. The failed coup was the second shot at derailing the process: Hamdok himself survived an assassination attempt in early 2020. There may very well be other bids to overthrow the government before the elections expected in early 2024.

The prime minister knows the greatest threat to Sudanese democratic aspirations remains the military. The failure of one group of officers may not deter others. He is using the failed coup to make the case that the army should come under civilian control. This week “clearly indicates the need to reform the security and military apparatus,” Hamdok said in a statement.

It will be harder to pull off than all his previous changes. A military command that, at best, sees itself as co-equal with the political leadership will not easily submit to civilian authority. Hamdok’s best hope for the preservation of his government is to keep the population on his side.

This, in turn, will require him to get the economy on track. The wider world can help, by speeding up debt forgiveness and aid, and encouraging private investment in Sudan. There are many other countries in need of such succor, but this bright spark of democracy in Africa deserves special consideration.

Bobby Ghosh, a Bloomberg Opinion columnist, writes on foreign affairs, with a special focus on the Middle East and Africa.