by
Rachel Chason and Ismail Alfa
• The Washington Post • September 16, 2021

The Nigerian Air Force confirmed that there was an airstrike targeting a branch of Boko Haram in the northeast part of the country where civilians were reported to have been killed, a NAF spokesman said Thursday.

The incident comes in the wake of the Trump administration's decision to end a ban on weapons sales, including for aircraft capable of carrying out strikes, put in place by President Barack Obama.

Edward Gabkwet, the NAF spokesman, said in a brief interview that he had received many reports that civilians were killed but could not say definitively.

"We are investigating," he said. "We have to be sure. That environment is highly infested with terrorists."

Local reports cited at least 10 deaths at the village in Yobe state, with more injuries. The governor there instructed hospitals to provide free care to the injured and said his office would work with the military to determine what had gone wrong.

"Government will work closely with the security forces especially the Nigeria Air Force to establish what actually happened," Gov. Mai Mala Buni said in a statement.

Gabkwet initially denied that the NAF was involved. But on Thursday, after Buni called for an investigation, the spokesman released a statement saying one of the NAF's pilots fired shots after observing "suspicious movement consistent with Boko Haram terrorists’ behavior."

"Unfortunately reports reaching Nigerian Air Force (NAF) Headquarters alleged that some civilians were erroneously killed while others were injured," he said in the statement.

The Nigerian government has used airstrikes in the northeast to target Boko Haram and an offshoot loyal to the Islamic State that have killed more than 30,000 people over the past 12 years.

NAF has said it will use A-29 Super Tucano planes from the United States to conduct some of those airstrikes. Six of the planes arrived in Nigeria in July, following the Trump administration's controversial decision to greenlight the nearly $600 million Super Tucano deal, ending an Obama-era ban of selling weapons to Nigeria.

Asked Thursday whether Super Tucano planes were involved in this airstrike, Gabkwet said he did not believe so, but added, "All of these things will come out when the investigation is done." 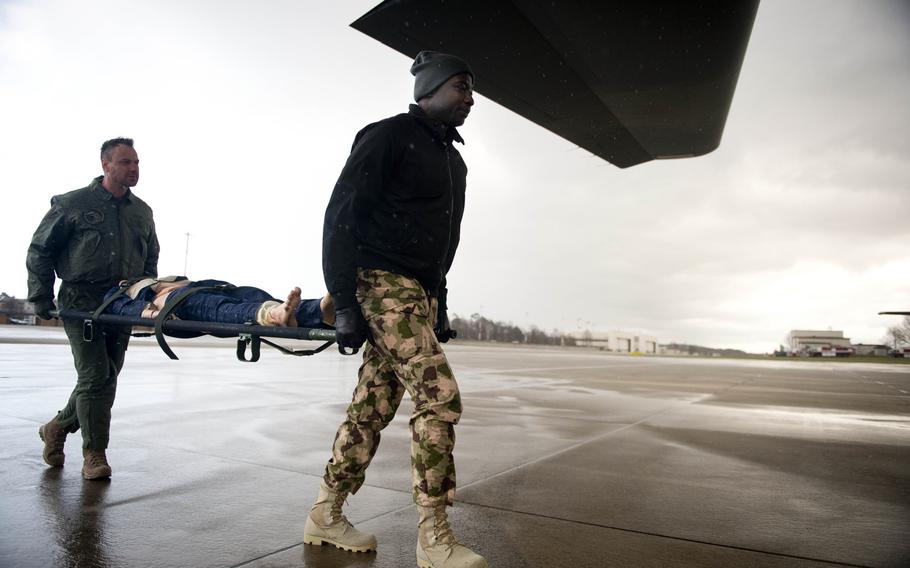