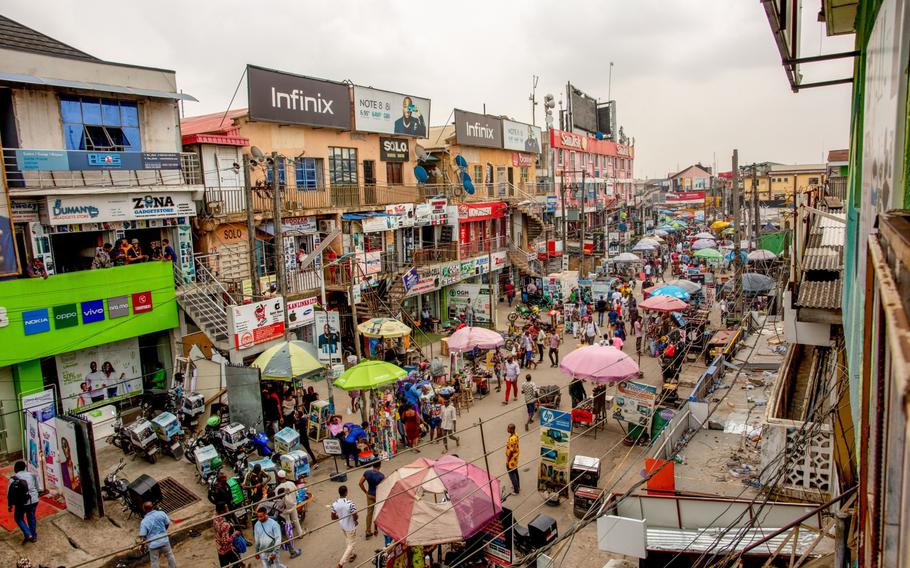 If there was ever a time Nigeria could have taken off, it was in 1999. Democracy had been restored, with its economy reopening after decades of mismanagement and plunder under military dictatorships.

Tomi Davies, a systems analyst, was one of thousands of Nigerians who came home to help rebuild the country. After a few years working on public-sector projects, he was offered a bag full of dollars to add ghost employees to the payroll system he was installing. When he refused, a group of men attacked him at his home in the capital, Abuja.

"I arrived like many others full of hope, but had to escape in disgust," said Davies, 65, who returned to the U.K., where he is now chief investment officer of Frankfurt-based venture capital firm GreenTec Capital Partners.

Others like him have left too, defeated by the dashed aspirations of a nation that wasn't supposed to turn out this way. Endowed with some of the world's biggest oil reserves, plenty of arable land and a young, tech-savvy population of 206 million that sets Africa's music and fashion trends, Nigeria had the potential to break onto the global stage.

Instead, policy missteps, entrenched corruption and an over-reliance on crude oil mean that a country that makes up a quarter of the continent's economy risks becoming its biggest problem. A dangerous cauldron of ethnic tension, youth discontent and criminality threatens to spread more poverty and violence to a region quickly falling behind the rest of the world.

Since its discovery in the 1950s, beneath the mangrove forests of its southeastern coast, oil has dictated the boom and bust cycles of the former British colony, with the commodity now accounting for 90% of exports and half of government revenue.

The economy has yet to recover from the oil crash of 2014, and is unlikely to do so anytime soon, meaning its population will continue to out pace economic expansion adding more poor to what is already the poverty capital of the world. Over 90 million people live in penury, more than India, which has a population seven times greater. 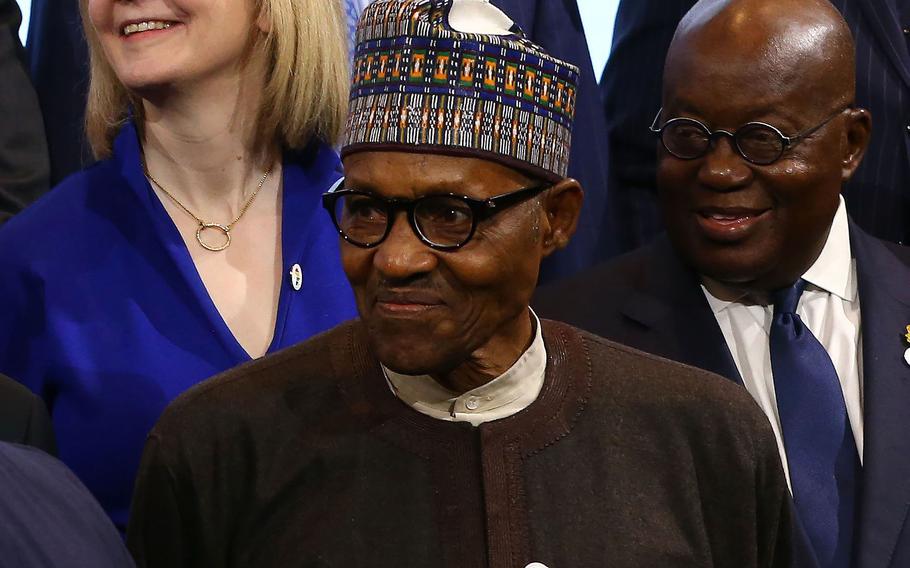 A presidential spokesman referred questions to the government's economics team. The finance ministry and central bank didn't respond to several requests for comment.

The coronavirus has only made things worse. Personal incomes are set to fall to their lowest in four decades, pushing an additional 11 million people into poverty by 2022, according to the World Bank. One in three Nigerians in the workforce unemployed, among the world's highest jobless rates, fanning social discontent and insecurity.

Policy blunders by President Muhammadu Buhari have complicated the road to recovery. He came to power in 2015 pledging to create 12 million jobs in his first four-year term; halfway through his second term, unemployment has more than quadrupled.

Buhari, 78, revived an import-substitution drive that was popular when he was a military ruler in the early 1980s, crippling businesses that can't get goods to survive. He has banned foreign currency for imports of dozens of products from toothpicks to cement, closed borders to halt rice smuggling and refused to fully ease exchange controls.

Policies like this have curbed foreign investment, pushed food inflation to 15-year highs and scared off companies such as South Africa's supermarket chain Shoprite Holdings Ltd. The World Bank said in a report on Tuesday that price increases are pushing seven million people into poverty and encouraging criminality.

"The government made so many mistakes even before the pandemic made things worse," said Amina Ado, who was one of Buhari's oil advisers from 2017 to 2020. "We need to urgently change course because we are big enough to matter in the world."The roots of the malaise though, predate Buhari. Under British rule, Nigeria's three main regions, divided along ethnic and religious lines, were awkwardly sandwiched together in a 1914 amalgamation. Since independence in 1960, elites from the largely Christian southwest and southeast have tussled for power with the Muslim north.

"Political instability is a huge obstacle to the kind of deep, long-term institutional economic reforms needed for Nigeria to be able to kick start," said Zainab Usman, director of the African program at Carnegie Endowment for International Peace.

Oil led to the dismantling of what little industry there was by opening the floodgates to cheap imports financed by a strong local currency. Countries like Malaysia and Indonesia, which were as poor as Nigeria in the 1960s, have surpassed it in per-capita income after diversifying.

A surge in corruption also wrested away resources needed for infrastructure and a reliable power supply — both of which are lacking.

"In a lot of countries, people are used to officials skimming something off the top, but ultimately delivering something," said Matthew T Page, an associate fellow at Chatham House in London. "In Nigeria, everything is skimmed off the top and nothing is delivered."

Mistrust of the state and poverty seeded violence. A decade-long jihadist insurgency in the northeast rages on despite Buhari's claims to have defeated Boko Haram militants in 2015. Piracy has also made the Gulf of Guinea one of the world's most dangerous waters, while inland, a deadly conflict between nomadic herders and farmers in the middle of the country is moving south. A new separatist rebellion is emerging in the south east, where a secessionist attempt to create the republic of Biafra sparked civil war in the 1960s.

Kidnapping has surged to its highest in at least a decade, according to data from the Armed Conflict Location &amp; Event Data Project. Nearly 900 students were taken from schools in mass abductions since December, according to the United Nations.

It wasn't always like this. As a child in the 1980s, Alvari Banu remembers the short road trips to visit the family farm between Abuja and the northern city of Kaduna. Now, kidnappings on the same road have kept him away for almost three years.

"The situation is getting worse," said Banu, 41, a financial consultant. "The government has completely failed to provide even basic security."Disorder is a huge impediment for growth, costing the economy $10.3 billion in 2020 — more than the federal government's total revenue that same year, according to official estimates. Without key reforms, Nigeria's economy will remain anemic, expanding little more than 2% this year and next, still below the population growth rate, according to the International Monetary Fund.

In the meantime, the government is living on borrowed money, with debt service costs eating up over 80% of its revenue

"This could end up in an external debt default if things don't change," said Charlie Robertson, global chief economist with Renaissance Capital, an emerging and frontier markets investment bank.

To avoid calamity, the government needs to allow the currency to depreciate, invest in electricity and campaign to lower fertility rates, which at 5.3 births per woman is one of the world's highest and saps savings, said Robertson. Climbing oil prices, a planned sovereign bond sale and upcoming disbursement of IMF resources will help the country muddle through for now, said Omotola Abimbola, an analyst at Lagos-based investment bank Chapel Hill Denham.

The brunt of the economic decline is falling on the young, two-thirds of whom are either jobless or under-employed. With a median age of 18, the country's population is growing restless and disconnected from the aging political class that lives in luxury. Last year, protests over police brutality became a nationwide uprising that paralyzed major cities, curbed only by a violent crackdown that killed dozens.

"There is a lot of frustration because there are a lot of overqualified people unemployed," said Chioma Okafor, a 32-year-old public health-care expert who moved back to Nigeria in 2014. After two years making $200 a month in consulting in Abuja, and with no prospect of a better job, Okafor borrowed money to buy a one-way ticket back to the U.S.

"When Buhari came to office, people were expecting things to change," she said. "But it's not just Buhari that failed. The system is broken."