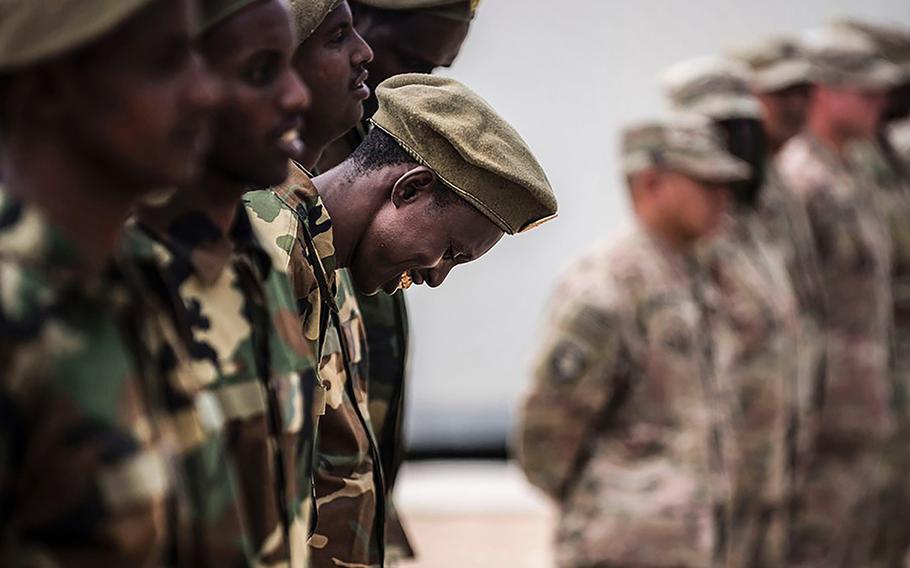 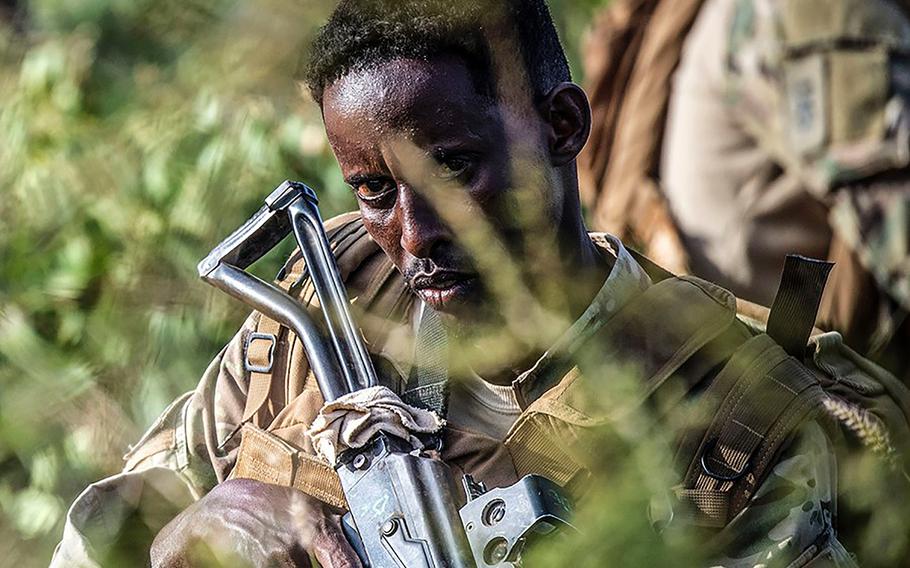 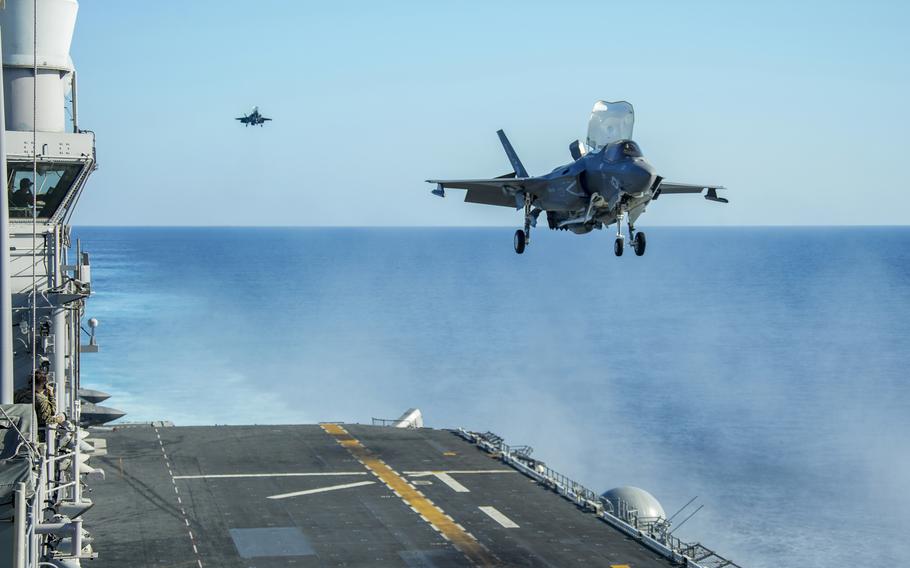 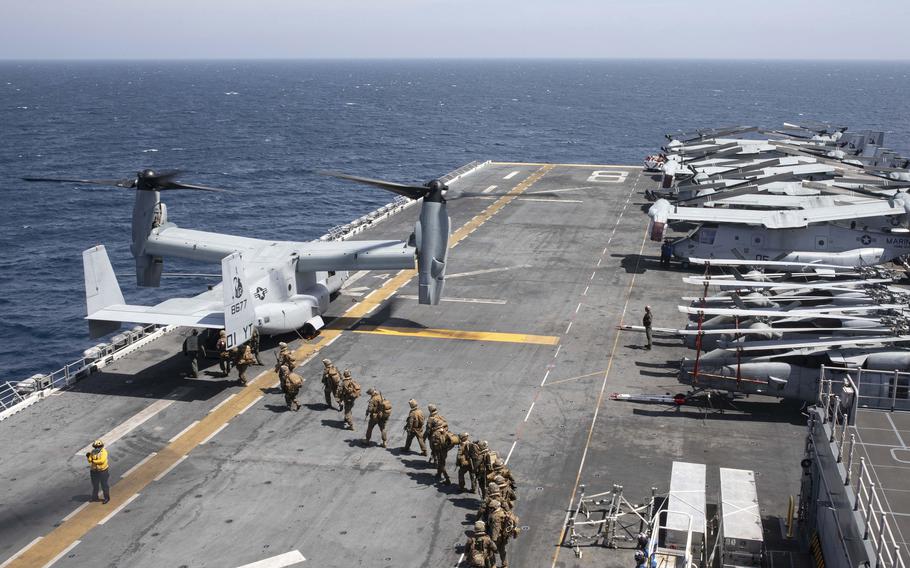 NAIROBI - The United States has invested billions of dollars in Somalia over the past decade, in part to build and train Danab, the only effective, apolitical fighting unit in the country's war against al-Qaida-affiliated al-Shabab.

Now, with hundreds of the U.S. troops who trained them leaving Somalia under orders from the Trump administration, current and former Danab officers are fearful that diminished American supervision will leave the elite division vulnerable to political interference from Somalia's government, which is embroiled in a bitterly disputed election scheduled for February.

In the past, "if the government ever tried to interfere with Danab for political nonsense, the Americans were the ones who said: 'Hey, stop it,' " said Ahmed Abdullahi Sheikh, Danab's top commander from 2016 to 2019. "That was the condition the Americans attached when they started training us, that we'd be apolitical. Without that, our defense mechanism toward our own government doesn't exist."

Sheikh and other officials stressed that although large-scale political interference with the 1,150-member force isn't happening yet, the conditions are ripe.

A Danab officer based in the central Somali city of Galkayo said he has worried for his comrades' reputation as apolitical every day since the announcement that the Americans were leaving.

"My biggest fear is losing that reputation, that momentum. The trust that people have in us, that we are fighting for our country and not some politician, is our biggest strength. Losing it would be nothing short of disaster," he said, speaking on the condition of anonymity for fear of reprisal. "I don't trust our politicians, just like most people in Somalia don't."

Somalia's defense minister, Hassan Hussein Haji, did not respond to repeated requests for comment. Lt. Cmdr. Christina Gibson, a spokeswoman for U.S. Africa Command, said the U.S. military "will not be ending our important relationship with [Danab]," but that "specific training plans are still being developed and refined."

Somalia's population, while ethnically homogeneous, is split among clans that compete, often violently, for political power. With elections approaching, feuds have grown and President Mohamed Abdullahi Mohamed "Farmaajo" has been accused of replacing officials ranging from his prime minister to election administrators to bolster his shot at reelection. A second Danab officer who spoke on the condition of anonymity said he feared that his superiors could be next.

In the year since Sheikh was removed as Danab's leader, three others have cycled through, though he said that was due to a combination of politics and operational factors.

Danab has been more successful than other Somali military units in fighting al-Shabab because of far superior training and equipment, but it is greatly outnumbered by al-Shabab, which experts believe has as many as 10,000 active fighters, and a much wider network of informants and supporters.

Somalia continues to weather thousands of al-Shabab attacks big and small every year. While the U.S. military ramped up a drone campaign in recent years - which it says will continue despite troops being "repositioned" to neighboring Kenya and Djibouti and allegations that the campaign has killed dozens of civilians - al-Shabab still controls the majority of Somalia's rural interior and runs an extensive tax racket that keeps it well-funded.

"The timing of the U.S. withdrawal for Danab is just terrible," said Hussein Sheikh-Ali, a former security adviser to Somalia's president and chairman of the Hiraal Institute, a think tank. "Both the U.S. and Somalia are going through similar transition periods with contested elections and accusations of illegitimacy at the highest level. At the minimum, this move creates chaos - and we were already in anarchy."

A Defense Department Inspector General report released in November found that al-Shabab has remained intact and capable in the face of U.S. operations, and that the Somali military - with the exception of Danab - was failing to actively counter its operations.

"Despite many years of sustained Somali, U.S., and international counterterrorism pressure, the terrorist threat in East Africa is not degraded: al-Shabaab retains freedom of movement in many parts of southern Somalia and has demonstrated an ability and intent to attack outside of the country, including targeting U.S. interests," the report found.

On Dec. 18, al-Shabab claimed an attack in Galkayo that killed three high-ranking military officers, including Maj. Mukhtar Abdi Aden, the regional Danab commander. The attack took place at a stadium where the current prime minister, a recent appointee of the president's, was to appear for a campaign rally. The commander's presence there raised the question for some of whether Danab was already being used as a political tool.

"Their presence at events is how the government projects power - it intimidates anybody else, and the people believe that Danab is on the government's side," said Sheikh-Ali. "Under American eyes, you'd only see them engaging in counterterror operations."

The directive from the Trump administration set a target of troop withdrawal from Somalia by the time Trump leaves office on Jan. 20. The U.S. military has dubbed itsrepositioning Operation Octave Quartz and deployed numerous combat ships including an aircraft carrier to aid the mission.

The U.S. military's top official at Africa Command pushed back against the notion that troop repositioning put Somali forces on the back foot.

"To be clear, the U.S. is not withdrawing or disengaging from East Africa. We remain committed to helping our African partners build a more secure future," Gen. Stephen Townsend said in a statement. "We also remain capable of striking Al-Shabaab at the time and place of our choosing - they should not test us."

A plan created in 2017 by the United States and other countries with a military presence in Somalia aimed for Somali security forces to be capable of operating without outside help by next year, a goal that many had recognized as unachievable even before the decision to effectively end all in-country training by the Americans.

More than 19,000 African Union peacekeepers from a smattering of countries around the continent remain in Somalia, and Turkey is training around 10,000 regular soldiers as well as small contingents of special forces. The European Union and Qatar also provide millions of dollars in aid.

The incoming Biden administration in Washington has not made any public comment on whether it will redeploy U.S. forces from Kenya and Djibouti back to Somalia, though regional security experts said it wouldn't be particularly difficult, given the infrastructure the U.S. military has built over its years there.

Biden, however, did make campaign promises to end America's "forever wars," of which Somalia, while less cited than Iraq or Afghanistan, has been an enduring example. The withdrawal, while only to neighboring countries, would be in line with that inclination, though Sheikh-Ali and other experts lamented the awkward timing.

"How embarrassing for the U.S. government to invest so much in Somalia," he said, "and then to have some politician here use it for their own purposes."