The U.S. Air Force is entering a robotic future 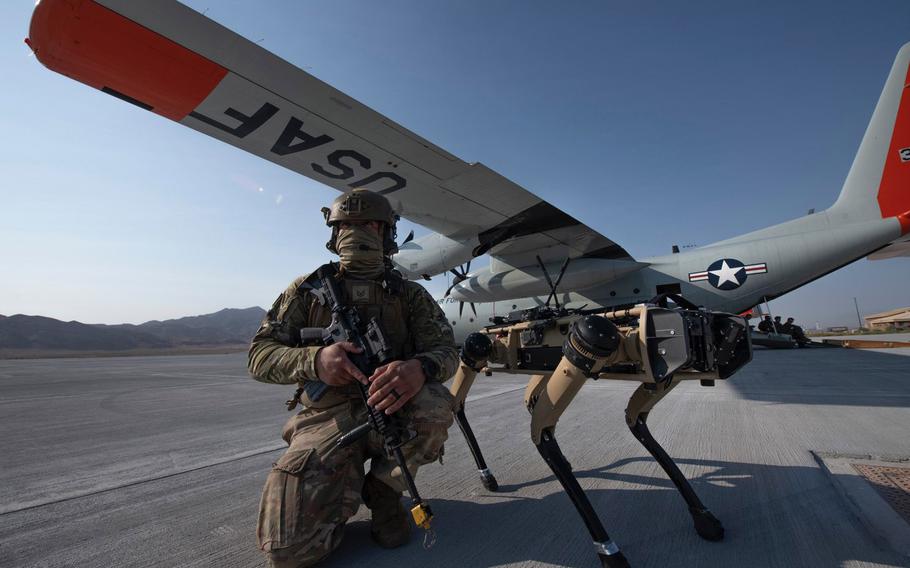 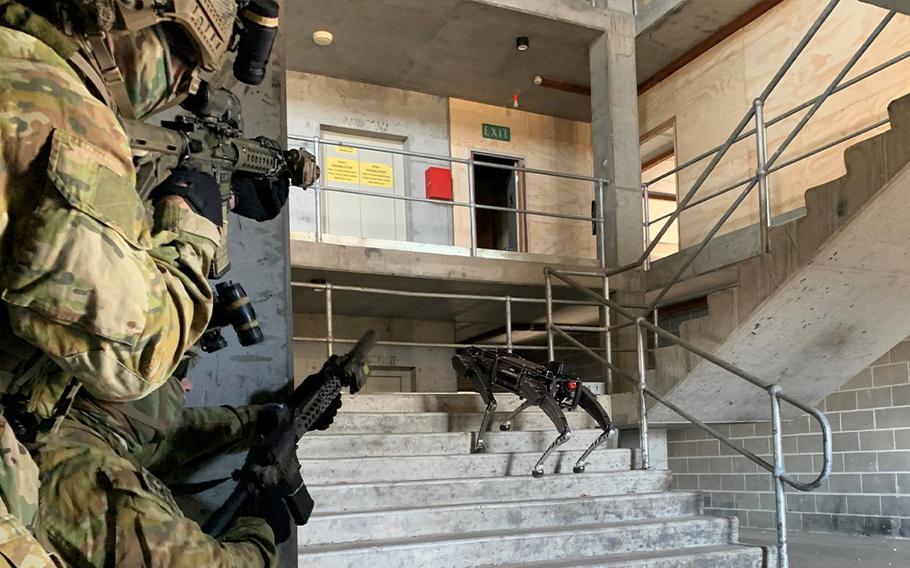 Semi-autonomous robots tested by the Australian army are being picked up by the U.S. Air Force. MUST CREDIT: Ghost Robotics (Ghost Robotics)

Over the past five years, robotic dogs have gone viral in captivating online videos showing them opening doors, performing aerobics, hauling trucks and pulling other stunts. In the pandemic era, they've been used to promote social distancing and reduce risks to medical staff hospitals.

Massachusetts-based Boston Dynamics was behind most of these examples. However, there is another company revolutionizing what robotic versions of man's best friend can do, and it says its latest creation might be ready for war.

In January, Department of Defense contractor Ghost Robotics will be unleashing four of its semi-autonomous robots at Tyndall Air Force Base in Florida in what could be a step toward introducing robot dogs to conflict zones.

The hi-tech canines, known as Vision 60, are being touted as a security enhancement and are part of a plan to replace stationary surveillance cameras at the air force base, according to the military. However, Ghost Robotics envisions a scenario in the not-too-distant future where the machines go beyond just patrolling.

"We can see them in war zones, working with bombs, scouting, targeting, probably in 2022," said Jiren Parikh, CEO of Ghost Robotics. "These can really become a war fighter's best friend." The military says the robots have the potential to be used in a "contingency, disaster or deployed environment." On the Air Force base, the robots will enable human beings to focus on other tasks.

Founded in 2015, Philadelphia-based Ghost Robotics designed the four-legged drone alternative to "feel the world" and remain balanced when prowling through water, tall grass and other terrain. The computerized canines can operate in sub-zero temperatures and were made to move like real animals, the company says. Also referred to as "unmanned ground vehicles" or UGVs, they can climb steps, run and turn themselves upright if knocked over.

The secret sauce is motors that control the legs and adjust based on changes in ground pressure. Relying primarily on motors for navigation sets Ghost Robotics' machines apart from Boston Dynamics' devices, which depend on a host of sensors.

"A core design principle for our legged robots is reduced mechanical complexity when compared to other legged robots, and even traditional wheeled-tracked UGVs," Ghost Robotics says on its website.

Boston Dynamics, a robotic dog pioneer, is a much larger company, employing up to 4,000 people across nine regional offices. Ghost Robotics has fewer than 25 employees.

Ghost Robotics' dog-sized machines have onboard cameras and sensors to monitor for intruders along the base's perimeter. The robots can trot along for up to seven and a half hours before needing a recharge. The machines, which are not meant to replace real military dogs, can be assembled in 15 minutes, while damaged limbs can be replaced even faster, Parikh said. The machines are equipped with Wi-Fi and 4g LTE to send live information to its operator.

The robots are part of the military's ambition for an Advanced Battle Management System that uses a network of innovations such as artificial intelligence and robotics to detect and defend against threats.

Last month, the canines showcased their abilities during a test run at Tyndall, where they were operated using a remote control. Once they are programmed with a patrol path to follow, they will roam semi-autonomously with their handlers able to control them via virtual reality headsets when necessary, the Air Force says. The military-grade canines allow defenders that would otherwise be patrolling to focus on training, security and overall situational awareness across the base.

In September, Vision 60 robots were also used during a security exercise at Nellis Air Force Base in Nevada.

Ghost Robotics isn't aware of immediate plans to weaponize the robots, though there are bomb-disabling applications. There's also a concerted Human Rights Watch effort to keep lethal autonomous robots from being deployed; the U.S., to date, has declined to sign on.

Tyndall is the first military base in the United States to integrate the robots full time; however, the move follows a collaboration between Ghost Robotics and the Australian Army. In 2019, Australia experimented to find out how the country could leverage the robots in the "future of land warfare."