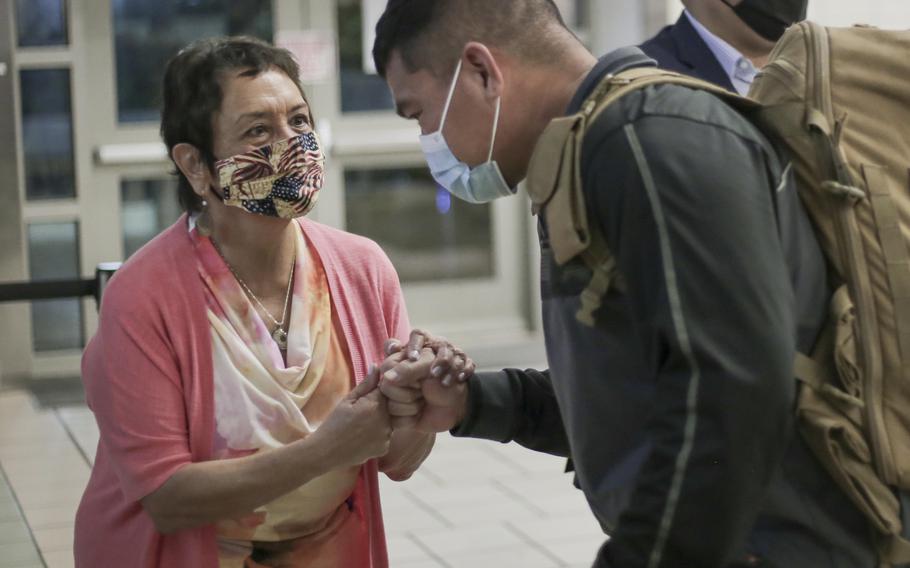 The Centers for Disease Control and Prevention raised Guam’s coronavirus risk level to “very high” on Monday, meaning people should avoid all travel to the U.S. island territory.

The designation, also called level four, means the U.S. territory has tallied more than 100 new cases of COVID-19, the coronavirus respiratory disease, in the past 28 days. Guam had been at the “high” level since May 3.

Since the pandemic began, the island has confirmed 8,109 infections, 90 of which were active as of Tuesday, and 139 deaths, according to Guam’s Joint Information Center. Twelve new patients were identified on Monday and six on Tuesday.

“This upgrade in travel risk should not be viewed as a setback in our recovery but a reminder that we must keep the basic COVID-19 mitigation measures in place,” Gov. Lou Leon Guerrero said in a statement Tuesday. “Wearing your mask, washing your hands and watching your distance remain our greatest safeguards for our community.”

The news comes less than a week after the CDC discovered three COVID-19 variants “of concern” on Guam. Of seven samples collected in March and April, four were identified as the United Kingdom variant, one was the California variant and one was the South African variant.

“These variants seem to spread more easily and quickly than other variants, which may lead to more cases of COVID-19,” the CDC said on its website. “An increase in the number of cases will put more strain on health care resources, lead to more hospitalizations, and potentially more deaths.”

So far, the CDC said, studies suggest that all authorized vaccines are effective against these variants; however, more studies are underway.

“This virus can be beaten, and we know how,” Lt. Gov. Josh Tenorio said in Tuesday’s statement. “While we have seen more positive cases in our community in recent weeks, data tells us most of these individuals were not immunized.”