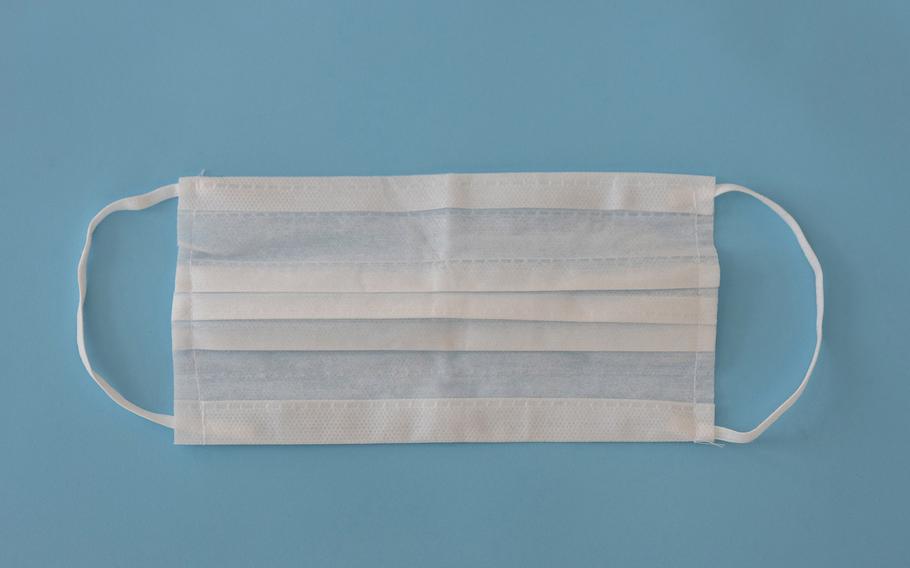 The Defense Department's order on wearing masks on U.S. military installations remains in effect, despite a recommendation by the Centers for Disease Control and Prevention that vaccinated individuals may not need to wear them in many situations. (Pixabay)

TOKYO – U.S. military bases in Japan reported eight individuals tested positive for the coronavirus since Wednesday, according to statements from the bases as of 6 p.m. Friday.

Also Friday, the Japanese government announced a state of emergency would be expanded to three additional prefectures struggling to contain the country’s fourth wave of the coronavirus.

Yokota Air Base in western Tokyo had one person test positive in quarantine after recently arriving from the United States, according to a base Facebook post Friday.

Six people tested positive at Marine Corps bases on Okinawa: three at Camp Hansen and one each at Marine Corps Air Station Futenma, Camp Foster and Camp Kinser, according to Facebook posts Thursday and Friday by Marine Corps Installations Pacific.

Kadena Air Base on Okinawa reported one person became ill with symptoms of COVID-19, the coronavirus respiratory disease, and self-isolated before being quarantined, according to a base Facebook post Thursday. An unspecified number of close contacts were also quarantined.

Face masks had been mandatory for all individuals since April 5, 2020, on Defense Department property, installations and facilities worldwide when social distancing was not possible, which was in line with the Centers for Disease Control and Prevention guidelines at the time.

In a statement released Friday, U.S. Forces Korea said vaccinated individuals “are encouraged to carry vaccination cards or equivalent documentation for the purpose of contact tracing.”

“Personnel who are not fully vaccinated will continue to follow all applicable USFK mask wear guidance,” the statement said.

Off base, U.S. military personnel — including Defense Department civilian employees and their families — are still expected to follow local guidelines and regulations.

Mask wearing is not explicitly mandated in Japan, but it is expected of everyone — especially in urban areas and on public transit, the U.S. Embassy in Tokyo stated Wednesday on its website.

South Korea requires mask wearing at all times, regardless of vaccination status, with few exceptions.

Certain off-base businesses — such as bars, karaoke studios and night clubs — remain off-limits to DOD personnel in both countries.

Due to rigid drug approval regulations, Japan’s rollout of a coronavirus vaccine lags behind that of other developed countries. According to public broadcaster NHK, just 2.59 percent of Japan’s population had received at least one dose of the vaccine by May 9.

Under the state of emergency, business hours are curtailed at select establishments, alcohol sales at bars and restaurants are discouraged, some public transit schedules are reduced and employees are urged to telework.

Tokyo on Friday reported 854 people newly infected with the coronavirus, 53 fewer people than a week prior. However, the seven-day rolling average was up to 926.3, an increase of 120.9% from the previous week, NHK reported.

On Monday, Japan reported 7,017 new COVID-19 cases — the nation’s highest one-day count since its pandemic peak of 7,855 on Jan. 9, according to the World Health Organization.