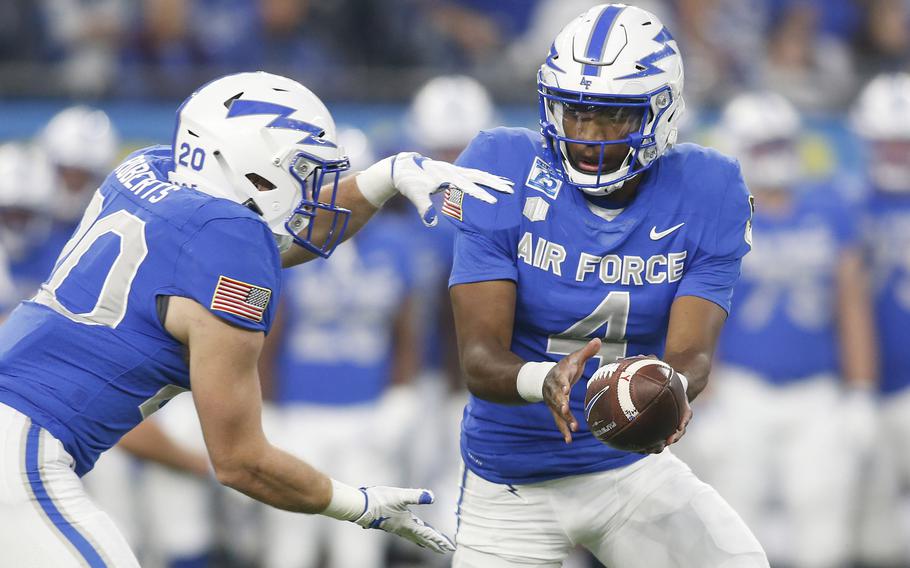 Air Force quarterback Haaziq Daniels hands off to running back Brad Roberts in the first half against Army during an NCAA college football game in Arlington, Texas, Saturday, Nov. 6, 2021. (Tim Heitman/AP)

Army and Air Force will play in college football bowl games in Texas later this month.

The Black Knights (8-3) will take on Missouri on Dec. 22 in the Armed Forces Bowl at Fort Worth. The Falcons (9-3) face Louisville on Dec. 28 in the First Responder Bowl in Dallas. The selections were announced Sunday.

Navy (3-8) didn’t win the six games necessary to receive a bowl bid. But the Midshipmen still have a chance to end their season with a victory as they take on archrival Army on Saturday.

Army, which plays an independent schedule, was second in the country in rushing this year – averaging 301.2 yards a game. Quarterback Christian Anderson threw for 545 yards and ran for 519 yards and six touchdowns. Linebacker Andre Carter II leads the defense with 14.5 sacks – tops in the country this year.

Missouri (6-6) is a member of the Southeastern Conference that will send two teams — Alabama and Georgia — into the national semifinals. Running back Tyler Badie leads the Tigers with 1,604 yards and 14 touchdowns on the ground and 330 yards and four more scores receiving.

The schools haven’t played each other in football since 1982. The Black Knights are 6-3 all-time in bowl games.

Air Force, a member of the Mountain West Conference, leads the country in rushing at 341.6 yards a game. The Falcons are led by quarterback Haaziq Daniels (932 yards passing, 705 rushing) and Brad Roberts (1,279 yards rushing and 13 touchdowns) on offense and linebacker Vince Sanford (9.5 sacks) on defense.

The two schools have never played each other in football. The Falcons are appearing in a bowl for the 28th time. 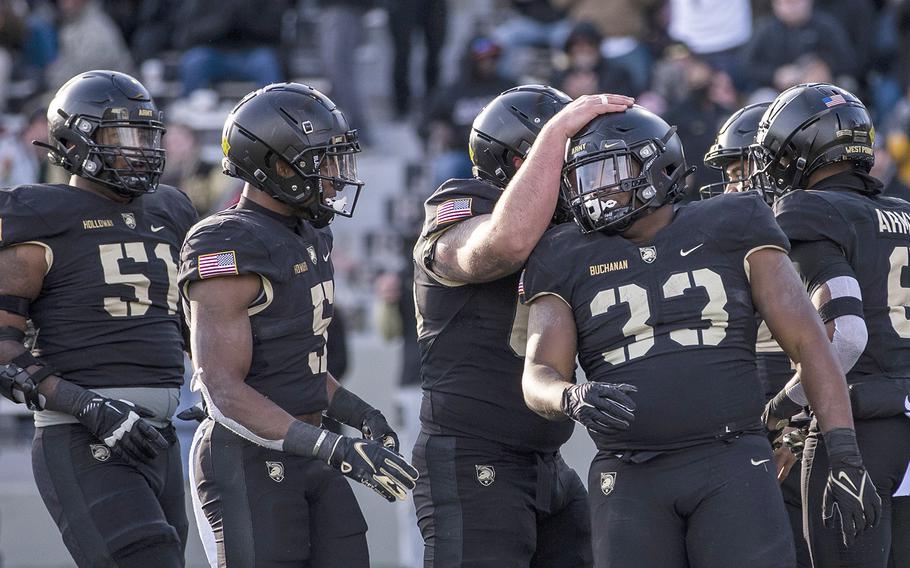 Army running back Jakobi Buchanan celebrates with teammates after scoring a touchdown against Massachusetts in the fourth quarter of an NCAA college football game, Saturday, Nov. 20, 2021, in West Point, N.Y. (Eduardo Munoz Avarez/AP)