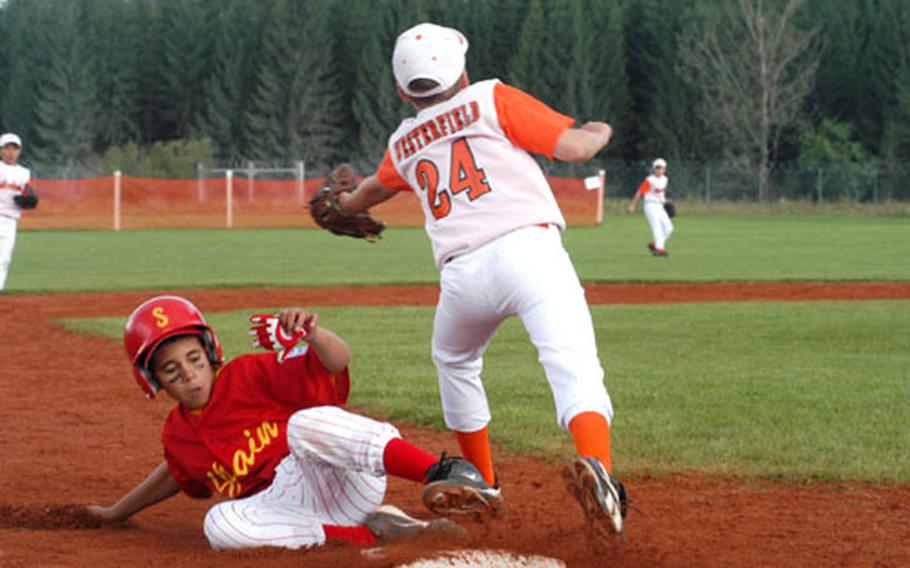 Christian Roman of Rota, Spain, slides safely into third base as John Westerfield of Schinnen, Netherlands, reaches for the throw. Spain defeated the Netherlands 5-0 on Sunday in the Little League TransAtlantic Regional tournament qualifying round in Vilseck, Germany. (Charlie Coon / S&S)

Christian Roman of Rota, Spain, slides safely into third base as John Westerfield of Schinnen, Netherlands, reaches for the throw. Spain defeated the Netherlands 5-0 on Sunday in the Little League TransAtlantic Regional tournament qualifying round in Vilseck, Germany. (Charlie Coon / S&S) 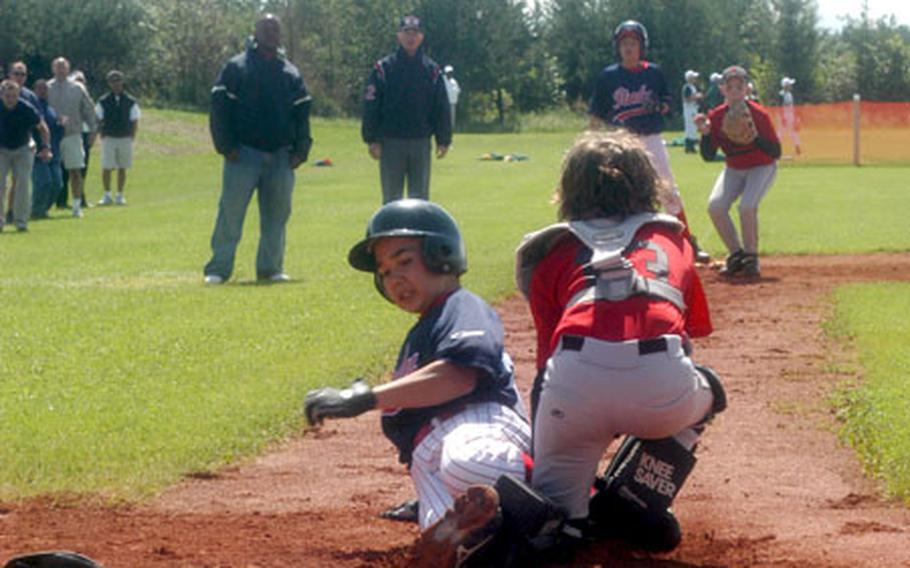 Doug Snyder of Naples, Italy, gets tagged out at home by Belgium catcher Henry Lang to finish a double play in the bottom of the fifth inning. (Charlie Coon / S&S) 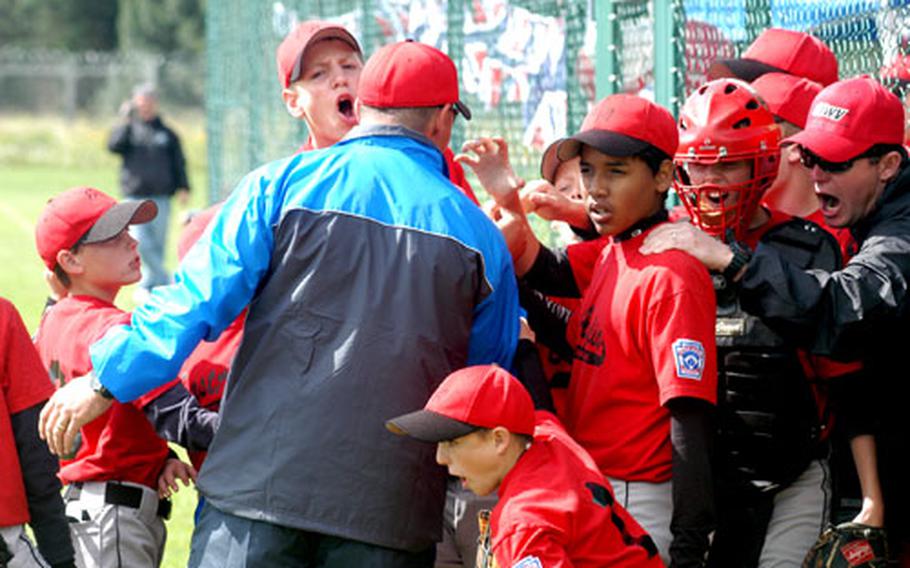 Players and coaches from East Anglia, England, get fired up before taking the field Sunday for their game against the Arabian-American team. (Charlie Coon / S&S) 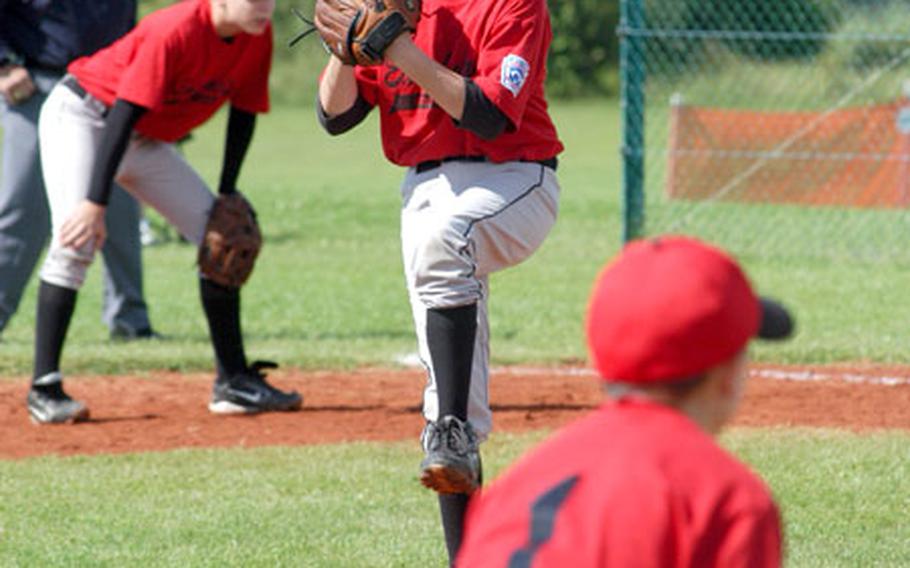 Dustin Bratcher of East Anglia, England, winds up to throw a pitch against Arabian-American. In the foreground is East Anglia third baseman T.J. Klein, and in the background playing first base is Caleb Nelson. (Charlie Coon / S&S)

Roman went two for three and scored two runs as Rota improved to 3-1 in its quest to qualify for Wednesday&#8217;s semifinals. The winner of the tournament advances to the Little League World Series in Williamsport, Pa.

In other games on Sunday, Brussels, Belgium won 7-4 over Naples, Italy, and tournament favorite Arabian-American won its fourth in a row by defeating East Anglia, England, 10-0 in four innings. Ramstein, Germany, had the day off.

Arabian-American has won all of its games by a combined score of 37-0. East Anglia made a strong push to score the first runs against Arabian-American, putting runners on second and third with two outs in the fourth, but failed to push a baserunner home.

For Rota, Ben Delgado pitched five innings, struck out eight and allowed just one hit. Tony Lamb came in to pitch the final inning. Brunssum-Schinnen got two runners on base before Lamb closed the door. Lamb also had a run-scoring single.

The game was delayed briefly by a downpour of rain and hail.

Another downpour delayed the start of the Brussels-Naples game.

But after the sky cleared, Brian Flythe and Arnoud Sioun both went two for three to lead the Brussels offense. Flythe had a triple. Relief pitcher Christopher Greenop came on with the bases loaded and nobody out in the sixth and final inning, and picked up the save while allowing only one run.

Seven players scored runs for Belgium, a team comprised of dependents of employees of NATO&#8217;s military headquarters and the NSA, as well as the sons of a few expatriate American families and four European families.

The standings going into Monday&#8217;s fifth day of the round-robin portion of the regional are Arabian-American 4-0; Rota, Spain, Ramstein, Germany, and Brussels, Belgium, 3-1; East Anglia, England, 1-4; and Brunssum-Schinnen, Netherlands, and Naples, Italy, 0-4.