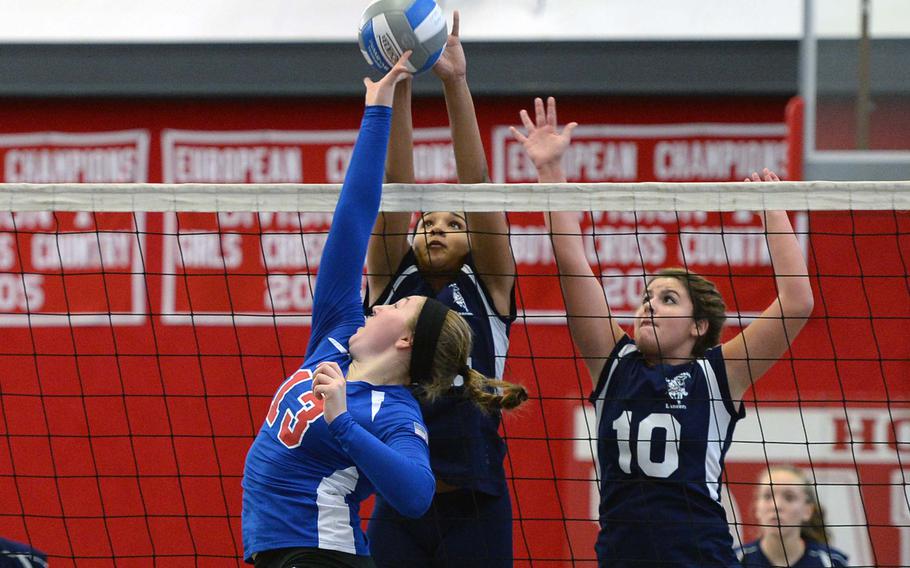 Division I volleyball champion Ramstein accounts for 25 percent of the 2013 All-Europe first team, a 12-player group selected by a committee of DODDS-Europe coaches.

Seniors Sarah Schiller and Jenna Kirchhoefer and sophomore Chera Jensen cracked the first-team roster for the Royals, where they’re joined by a pair of teammates each from Division II powers Naples and American Overseas School of Rome. Seniors Victoria Krause and Carina Cusumano represent the European champion Wildcats, while senior Sofia Mauceri and sophomore Margo Snipe were chosen from AOSR.