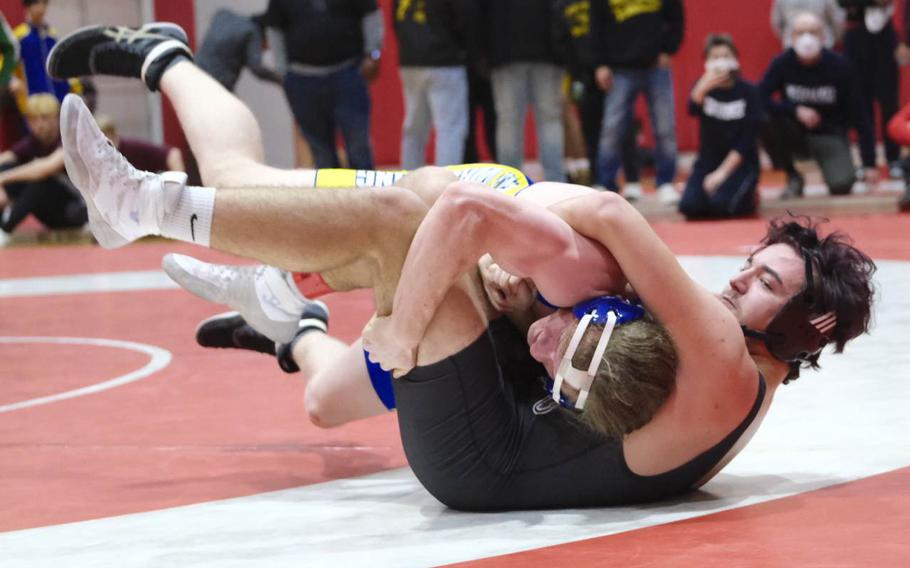 Jaime Marshall of Christian Academy of Japan drives M.C. Perry's Maddix La Rue while winning the Beast of the East 215-pound weight class at Yokosuka Naval Base on Saturday, Jan. 21, 2023. The Australian steamrolled through the weight class from start to finish. James Kimber/Special to Stripes ()

Saturday at Yokosuka Naval Base Yokota's Marcus Woods skies for a rebound against Okkodo during Saturday's third-place game in the 5th American School In Japan Kanto Classic basketball tournament. Woods had a team-high 23 points in a losing cause as the Bulldogs prevailed 66-65. (Remi Sherratt/Special to Stripes) 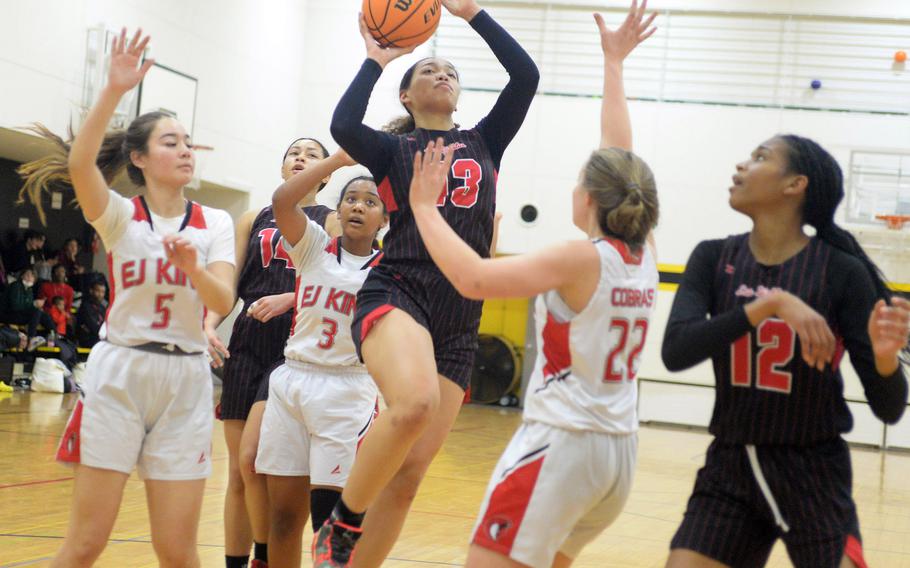 Top scorers — Warriors: Sazzanei Quintanilla 12; Panthers: Richardson 11. Noteworthy — Quintanilla hit a three-point goal from the right side with a minute left to provide the final cushion.

A previous version of this scoreboard included an incorrect result for the 168-pound championship at the Nile C. Kinnick Invitational “Beast of the Far East” Tournament. The winner was Kinnick’s Joshua Hernandez.