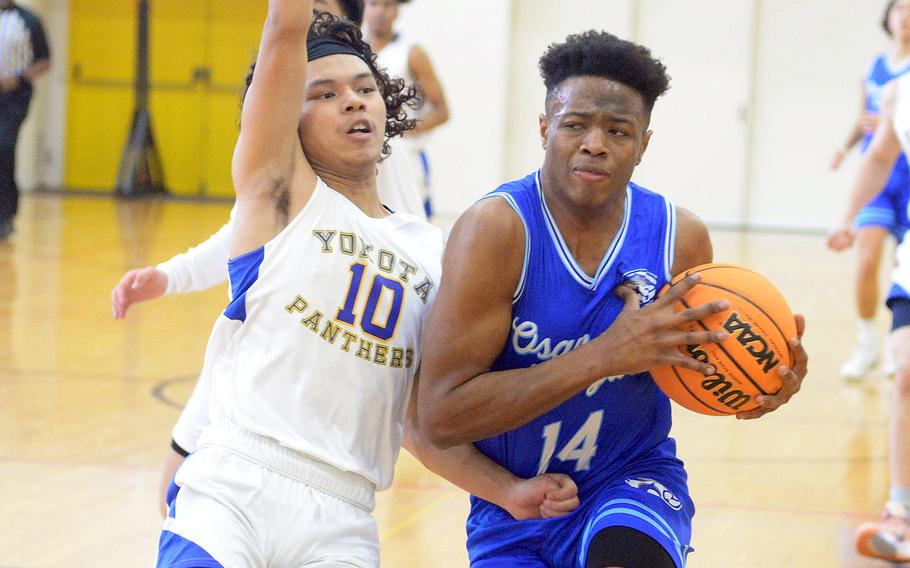 TOKYO – Both coach and former rival player say they remember the game like it was yesterday.

“A lot of my points were on free throws,” Tomas said; he hit 10 foul shots as the Eagles outscored the Panthers 20-9 in that final period.

He and his current coach, Dan Galvin, talked about that moment Thursday as the 5th American School In Japan Kanto Classic tournament began at ASIJ’s Chofu campus in Tokyo’s western suburbs.

“Now, he’s our starting point guard and he’s reminded me of that all the time,” Galvin said, only half-jokingly. “We led the entire game and they came back in the fourth quarter on key free throws by Dylan.”

If any talk comes of it, it’s all in good nature, Tomas said. “We have a good relationship, we can joke about it and that’s what we specialize in,” Tomas said.

With the Far East tournaments just around the corner, coming off the shelf for the first time since February 2020, so, too, has the Kanto Classic been revived, this time with a record 32 teams, four more than the 28 in 2020, when ASIJ officials said the event had outgrown itself. 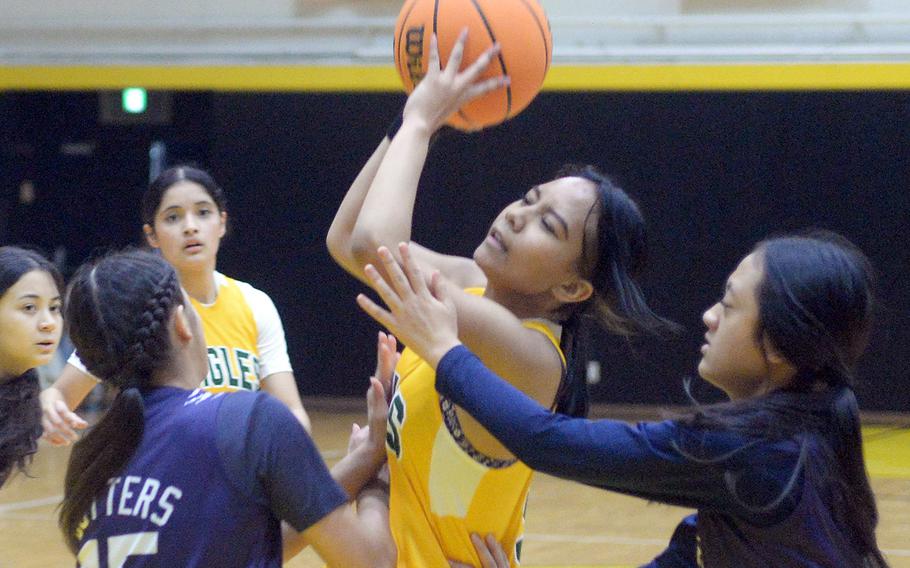 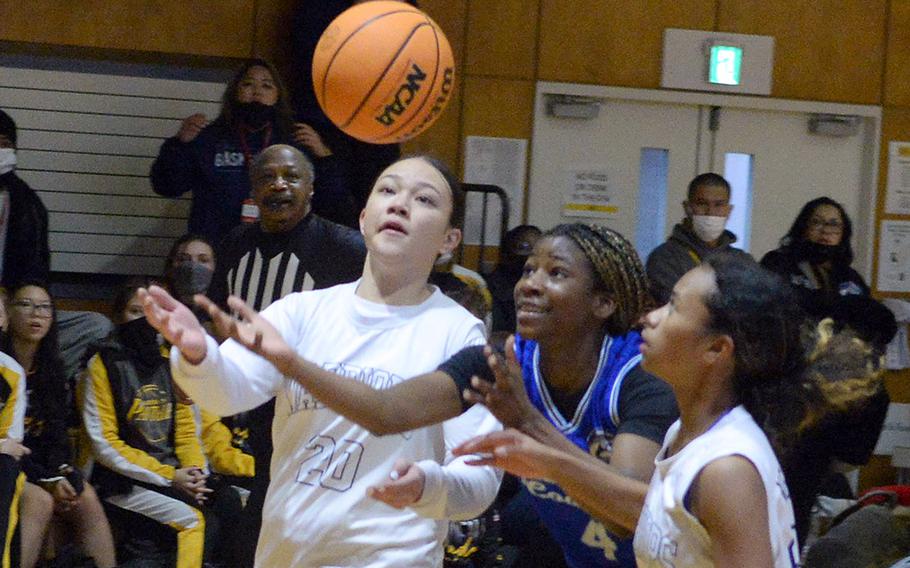 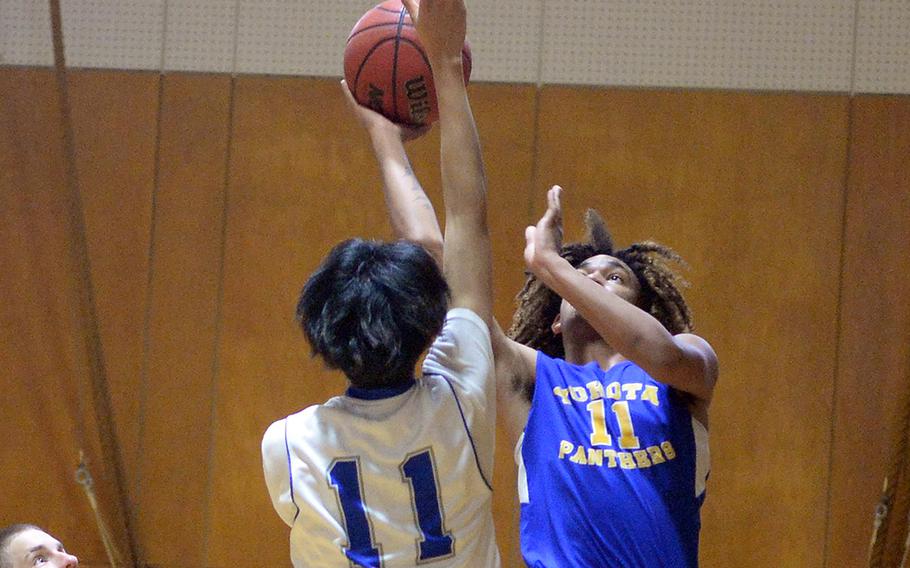 It’s the last major tune-up before Far East, and remains all about getting the best competition from all corners of Asia, tournament director and ASIJ athletics director Tim Jacobsson said.

“The question is, is it sustainable?” he said of the number of teams, 16 girls and 16 boys, from Japan, Korea, Okinawa and Guam. DODEA and international schools play 1½ days of pool games followed by single-elimination playoffs Friday and Saturday.

Some pool games were moved to Yokohama International School, simply because there wasn’t enough gym space on ASIJ’s campus for all games.

Jacobsson said in future years, he may put in place qualification criteria, such as winning the DODEA-Japan, Kanto or Korea leagues the previous season.

“You have to find a way to earn your way into the tournament,” he said. “We still want quality teams. But we have to come up with some criteria. It’s too big.”

Yokota’s boys took a 14-0 record into tournament play. Other favorites are E.J. King’s girls (16-0) who handed Nile C. Kinnick its first loss in 15 games, 34-33 in what could be a preview of the tournament final.

All around, coaches and players said they welcomed the opportunity to showcase their talents and tune up for the Far East tournaments Jan. 30-Feb. 1, D-II boys at Yokota, D-II girls at Zama, D-I boys at Kadena and D-I girls at Humphreys.

“It’s nice we get to play different teams compared to what we play on Okinawa,” Kadena junior guard Mackenzee Flora said.

Tomas is the lone Panthers player returning from the last Far East. In the one event last winter that came close, the DODEA-Japan tournament, five Yokota players were sidelined by the coronavirus.

“So, for (most) of them, it’s their first tournament experience and they are really hungry,” Galvin said.

The tournament, which began as a Kanto Plain-only event back in 1994, features all the DODEA teams in Japan and Okinawa plus Humphreys.

Three Tokyo-area international schools also dot the lineup along with the Shonan Military Academy. Its top-line wrestlers can give foes quite the mat education, organizers and coaches said.

“Two of our guys’ first matches will be against Shonan wrestlers,” host coach Stan Hovell of Kinnick said. “Those could be eye openers.”

The Red Devils along with other Japan schools will have seen all comers “except for the Okinawa teams along with Shonan. We’ve been conditioning and (Friday) we’re going to fine-tune our techniques. We’re just getting ready to wrestle,” Hovell said.

“Beast” features a bracket format with wrestlebacks in each weight class to determine what organizers call “true” second- and third-place competitors. Wrestling begins at 9:45 a.m. Saturday.

Thursday at Tokyo and Yokohama