Okinawa teams gain a bit on the court and off 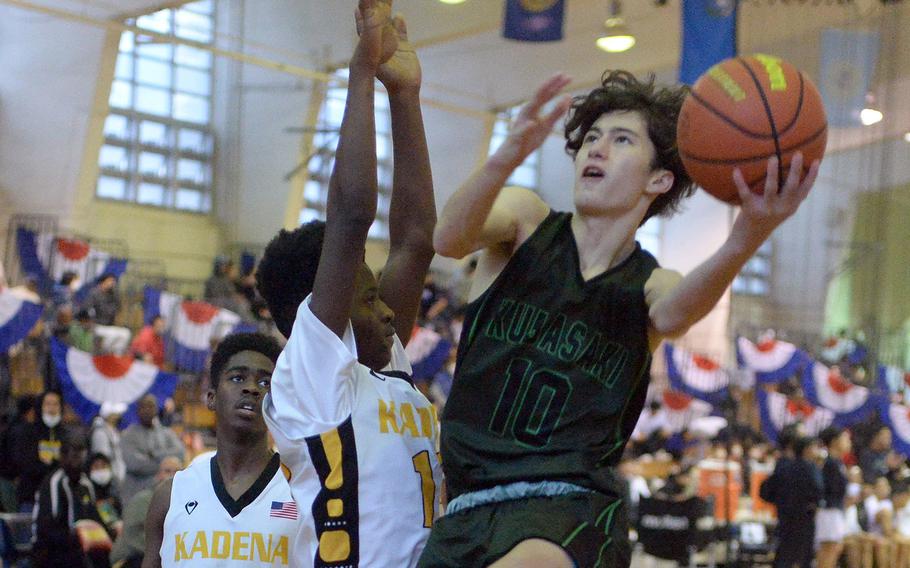 Kubasaki's Troy Harris skies for a shot against Kadena's defense in the third-place game, won by the Dragons 63-56. (Dave Ornauer/Stars and Stripes)

CAMP FOSTER, Okinawa – American and Japanese players were just as quick to compete on the court as they were to squeeze in together for selfies following their games on Saturday and Sunday at the Foster Field House.

After a three-year hiatus, the Okinawa-American Friendship Basketball Tournament returned this weekend for its 16th iteration.

The tournament, sponsored by the U.S. Consulate on Okinawa, featured DODEA’s Kubasaki and Kadena high schools and their Japanese counterparts from Chinen, Nishihara, Ginowan, Nago and Maehara cities and towns.

And players and teams from both sides said they benefitted greatly from the experience.

“As much as it feels badly to lose, we find value in going up against the better teams on Okinawa,” said Ed Manalac, coach of Kadena’s girls who went winless in three games.

While the American teams and players found themselves at times overwhelmed by the Japanese teams’ quickness and pressure defense, so, too, did the Okinawan players say they gained much from playing bigger, more physical Americans.

“It’s always good to play the Japanese teams,” Dragons girls coach Tony Washington said. “They show you how to play up-tempo, and you understand that size isn’t everything.”

“The coaches called it a precious opportunity for them to get on the base and experience an American (basketball) atmosphere,” said consular spokeswoman Aya Toyama. 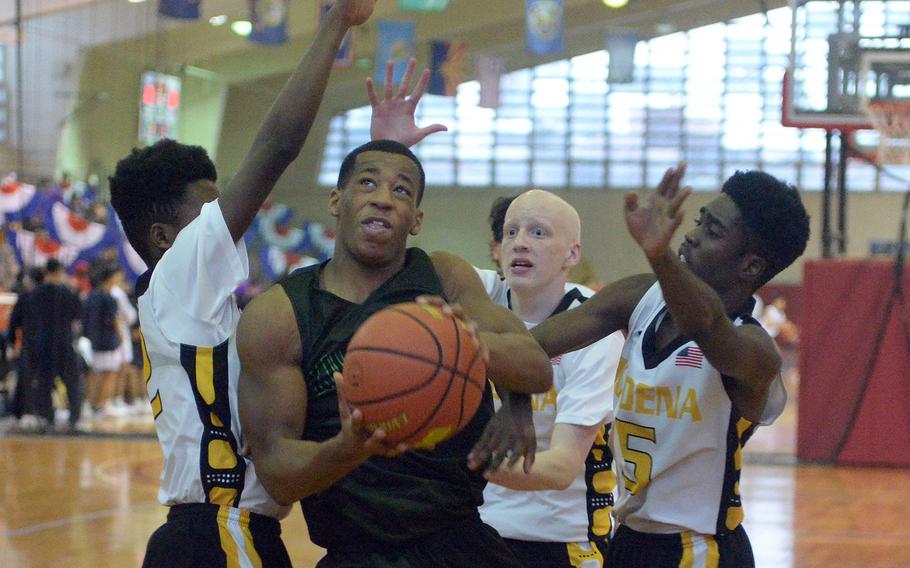 Kubasaki's T.J. Reese weaves through Kadena defensive traffic to the hoop during Sunday's third-place game, won by the Dragons 63-56. (Dave Ornauer/Stars and Stripes) 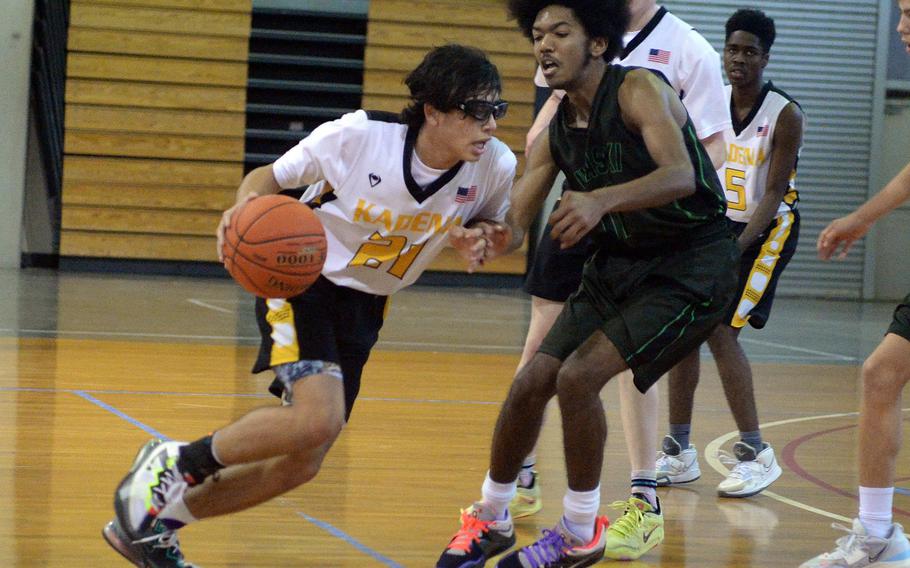 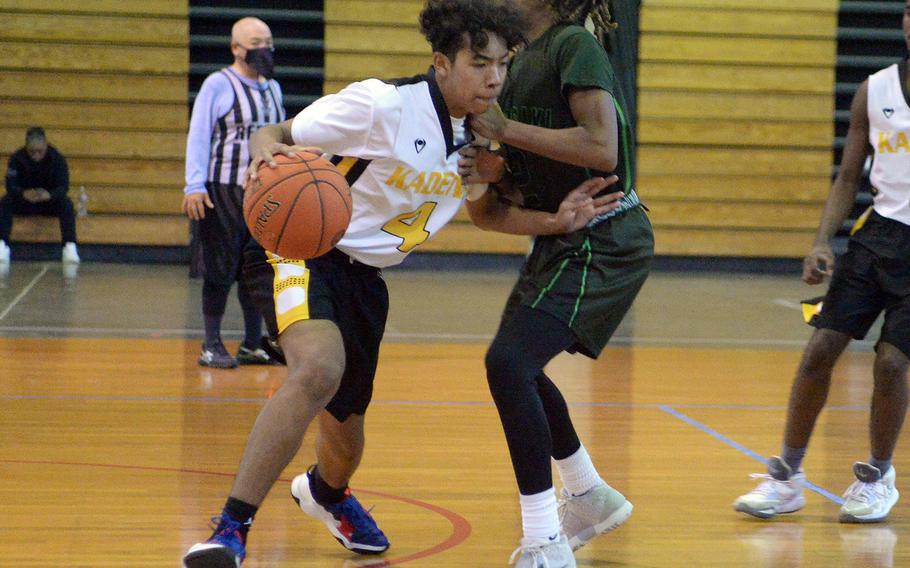 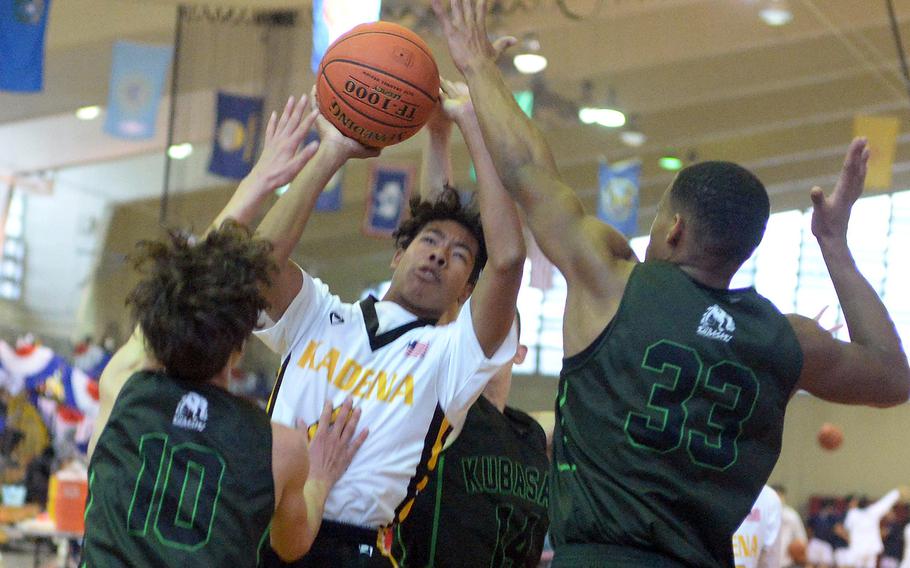 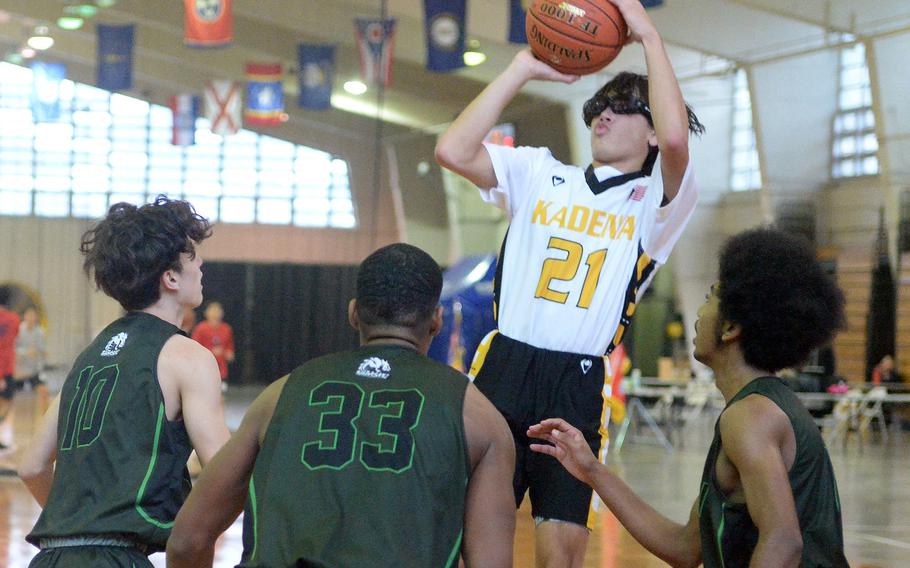 The tournament began in 2007 but was interrupted the last two years due to the coronavirus pandemic.

And even while the Japanese and American sides agreed to bring the tournament back this year, the question was what weekend to play it, Kubasaki boys coach and tournament director Jon Fick said.

“By the time everyone was on board with this tournament, this was the only weekend we could play it,” Fick said.

Fick’s team finished third in the six-team boys field, beating Kadena 63-56 in the third-place game; the Dragons went 3-2 and the Panthers 1-4 in the two-day event. Both Kubasaki’s and Kadena’s girls lost all three games they played.

But Dragons and Panthers coaches said the takeaways all four teams got will benefit them as they prepare for ASIJ and Far East.

“We’re still in the building stage,” Manalac said of his Panthers. “Playing against pressure will help us toward the end of the season.”

Kadena’s and Kubasaki’s boys fielded just seven players; some were out sick, others were off with family on Christmas break.