Check out basketball and wrestling capsules.

KADENA AIR BASE, Okinawa – It was bad enough to have the Far East basketball tournaments canceled after one day in February 2020, then lose the entire 2020-21 season to the coronavirus pandemic and its resulting restrictions.

But along came a COVID spike at the start of January 2022, forcing DODEA to shut down high school winter sports throughout the Pacific.

While limited action returned to Japan and Korea, the rest of Okinawa’s season was canceled altogether – in effect, giving DODEA’s Okinawa teams just three or four basketball games or wrestling dual meets over a two-year span.

“We were frustrated, disappointed. We were expecting a longer season and we had high expectations,” said Jeremiah Drummer, a Kadena junior 180-pound wrestler, of being able to wrestle just three of six scheduled dual meets last year against Kubasaki.

“It felt like a letdown,” Kadena sophomore guard Nykale Penn said. Her team went 3-0 against Kubasaki before the season was suspended. “We were doing so well and it got ripped from under us. It was terrible.”

For now, though, it appears as though Kubasaki and Kadena are tracking to what Dragons longtime boys basketball coach Jon Fick calls a “pseudo-normal” season.

Far East Division I tournaments are scheduled for Jan. 30-31, boys at Kadena and girls at Humphreys, and wrestling’s Far East is slated for Jan. 30-Feb. 1 at Nile C. Kinnick.

Along with that are the in-season tournaments that the Dragons and Panthers were used to playing before COVID struck in early 2020.

“Like any normal year, we’re ready to go, we’re excited to be back,” said Fick, whose Dragons went 1-3 against Kadena, the only team Kubasaki was permitted to play last season. 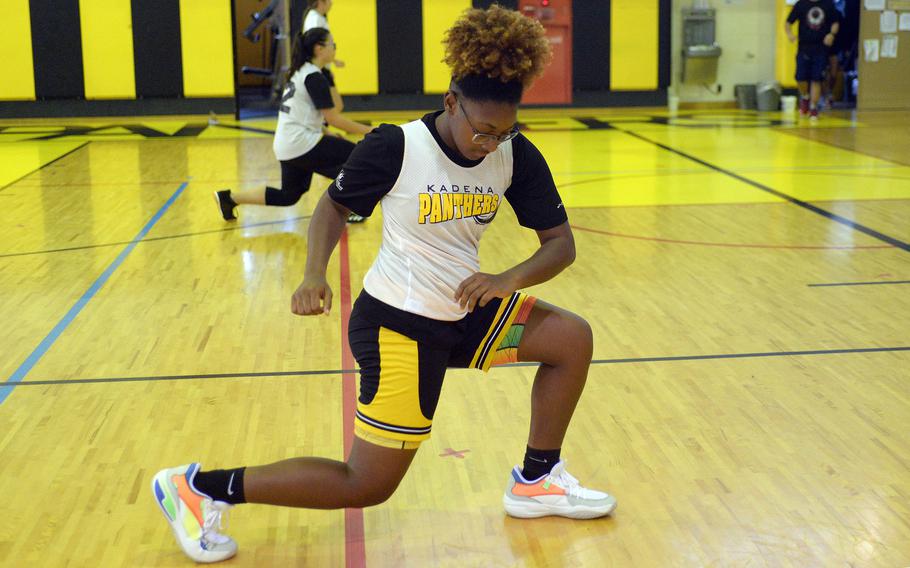 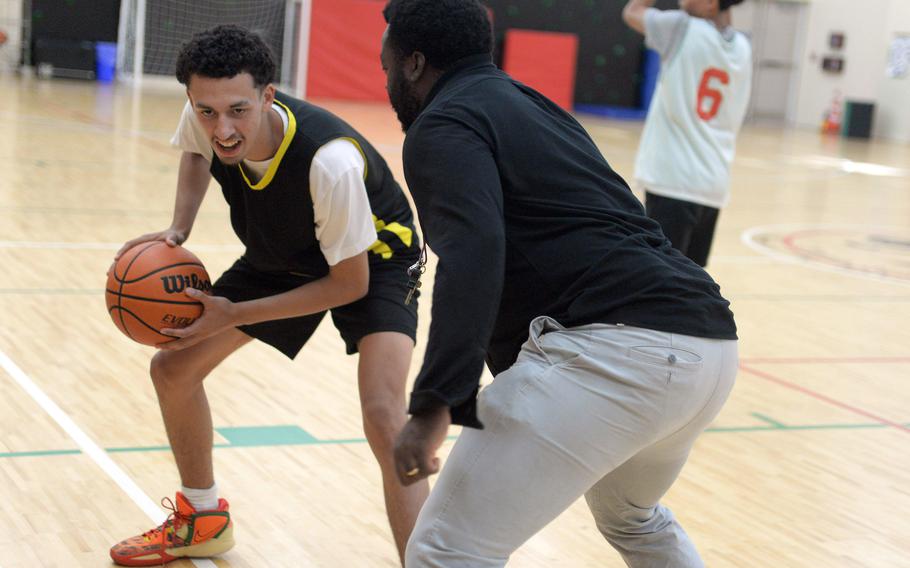 Because of the long stretch since the last complete season, 2019-20, not having competition and not used to the long grind of regular practice and games, teams are faced with starting over in all respects.

“You can practice all you want,” Kubasaki girls basketball coach Tony Washington said, “but to have that game speed and game experience, that’s the challenge.”

Most of the schools’ combined four basketball and two wrestling teams are young, have very few seniors, and even those with experience haven’t had a full season since 2019-20.

And there’s always the fear in the back of players’ and coaches’ minds that another COVID spike could mean another shutdown.

Last year’s truncated season “put us back to the drawing board and it put us in reflection, that not every day is guaranteed,” Kadena boys basketball coach Antiwon Tucker said. “Our motto is: You can’t cheat the grind, and you have to play as if every game is your last.”

Some players were so anxious to get back onto the mats and courts that they didn’t need much encouragement from the coaches.

“The kids are pushing each other, the coaches sometimes don’t have to motivate them; the kids are doing it themselves,” Kubasaki assistant wrestling coach Steven Raymond said.

What few experienced players remain say they are also talking to the younger ones about what they have to do to get on a winning track. 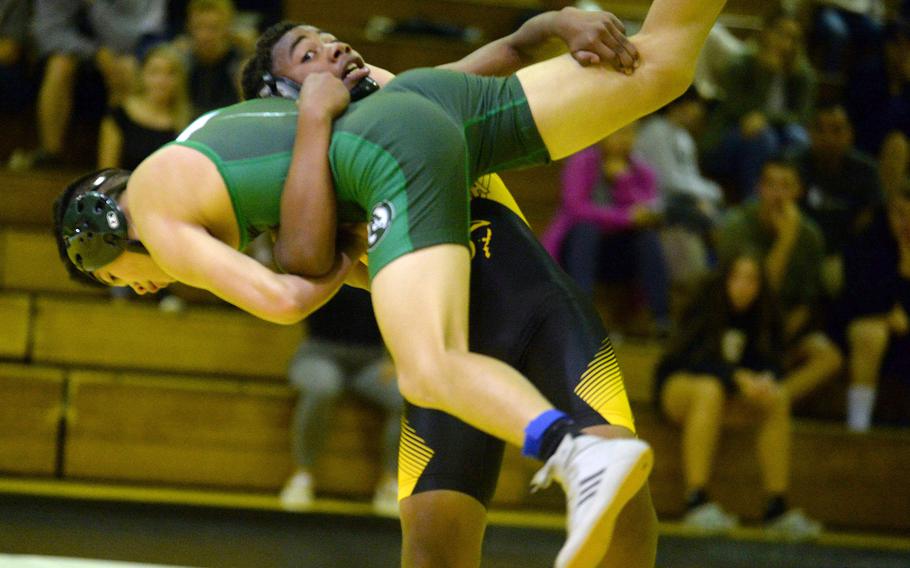 Kadena freshman Josiah Drummer may be new to the Panthers lineup, but he's been wrestling since he was a child, Panthers coaches say. (Dave Ornauer/Stars and Stripes)

“Keep your head up,” Penn said. “This is a new team, we’re coming in with a different mindset and we’re just trying to boost each other up.”

That teams have a chance to travel for in-season tournaments such as the Kinnick “Beast of the Far East” wrestling and the American School In Japan Kanto Classic in January also provides athletes come incentive.

“It’s been awhile since anybody has seen us,” Drummer said. “COVID kind of messed things up. But I know I have this year and next year left. I want to make a statement, both for myself and for the team.”