Teams in Korea try to finish fall with victories 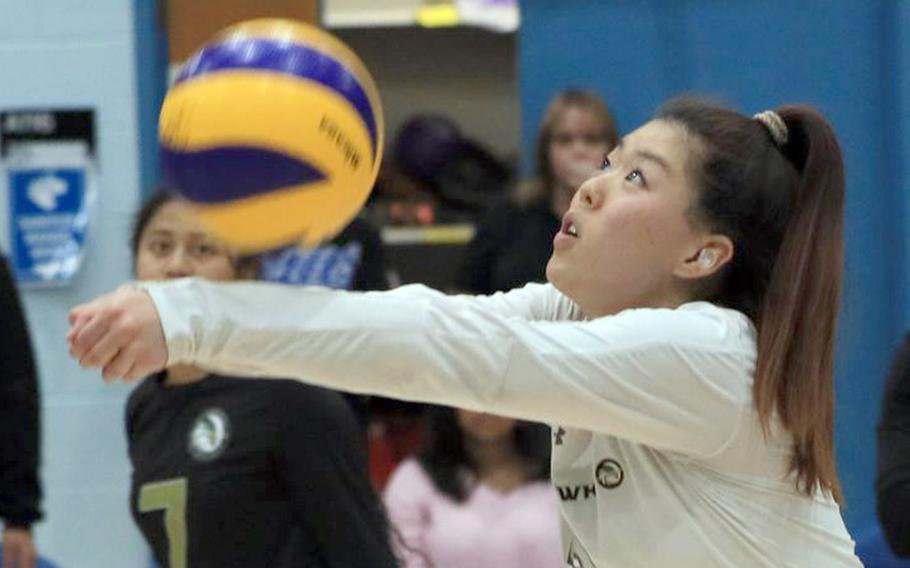 Libero Reyna Peterman is one of several key cogs in Humphreys girls volleyball team's unbeaten run thus far this season and the No. 1 seed in the Korea postseason tournament this weekend in Seoul. (Brian McCollum/Special to Stripes)

Humphreys (10-0) is seeded No. 1, followed by Osan (7-3) at No. 2; they took the top two spots in the Korean-American Interscholastic Activities Conference’s Blue Division regular season. And Daegu, which finished 7-3 in the Red Division, is the fifth seed.

It’s a first for those three teams to reach the Cup Tournament, for KAIAC teams with winning records regardless of Blue, Red or White Division. But the Blackhawks and Cougars say they’re not looking past anybody entering the Cup Tournament, scheduled for Friday and Saturday at Dwight School of Seoul.

“We’re going in with heads held high, but humble at the same time,” Blackhawks coach Casey Manson said. “We know anything can happen.”

The Cup Tournament is one of several events bringing to an end the KAIAC fall sports season, the first in which DODEA and international-school teams have competed since the onset of the coronavirus pandemic. 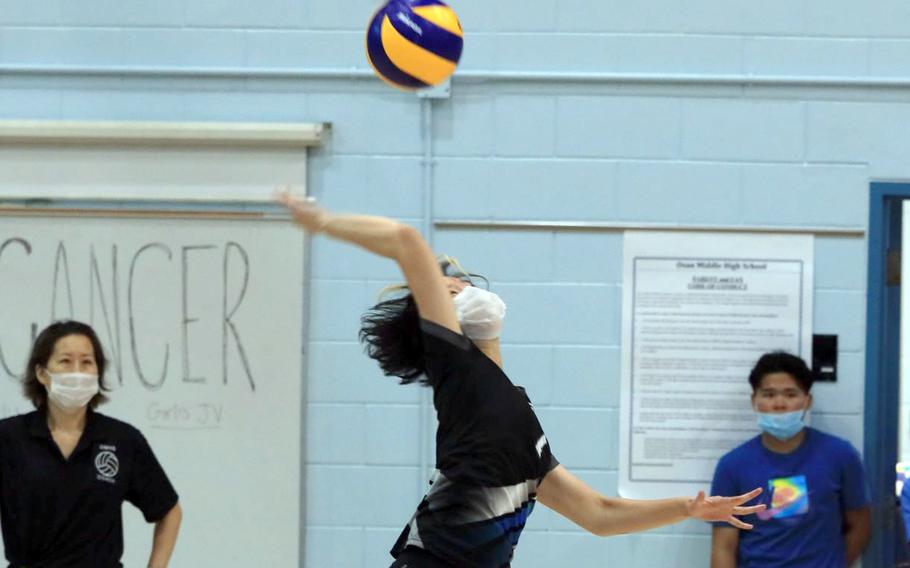 Shanaya Ungos, a senior, is one of three Osan girls volleyball players who have gone to a Korea postseason tournament back in 2019. Now, the Cougars are the second seed behind Humphreys in this weekend's KAIAC Cup Tournament. (Brian McCollum/Special to Stripes) 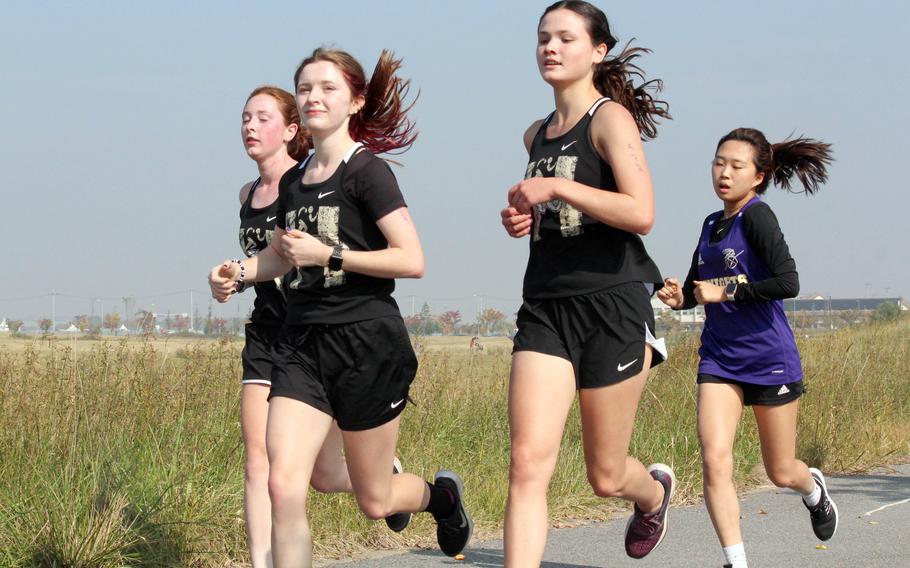 Seoul Foreign will also host the KAIAC tennis tournament, featuring all three DODEA schools. Two of the few veterans who played in the last KAIAC tournament in 2019 are Daegu’s senior twins Ella and Emma Sims.

With Sabra Wrightsil, a senior, sophomore Bella Pula and senior libero Reyna Peterman leading the way, “we knew we had potential, but it was one thing after another and then to beat Osan (on Oct. 21), that sealed the deal,” Manson said. “Going in as first seed is really exciting.”

Osan has seniors Angela Serrano, a setter, and hitter Shanaya Ungos returning from the last time the Cougars played in a KAIAC Tournament, when they won the Plate Tournament at Humphreys in 2019.

Coach Susan Ungos says those two players told their teammates at the start of the season, “We don’t want to settle for going to plate. We want to go to Cup and we want to win Cup.”