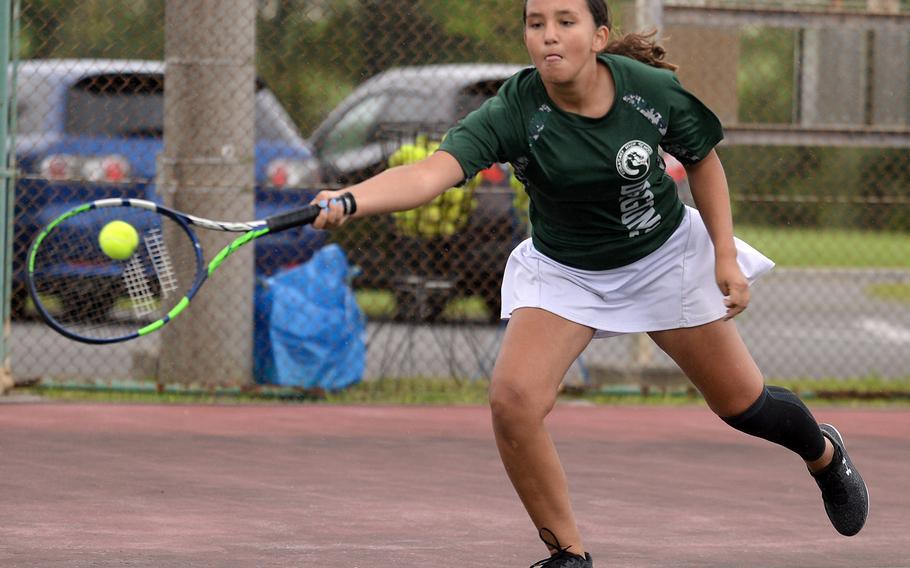 Kubasaki's Ella Perez lunges to hit a forehand against Kadena's Christine Ryan during the Okinawa district tennis finals. The match was scheduled for Tuesday, but only four minutes were played before rain fell and the match was pushed to Thursday. Perez dethroned last year's island champion Ryan 9-8 (7-3). (Dave Ornauer/Stars and Stripes)

Makayla Saeteurn of Kubasaki and Joseph Dluzeski of Kadena completed unbeaten seasons on Okinawa by capturing the individual titles in the Okinawa district championships Friday at Cape Zampa’s 3.12-mile course. 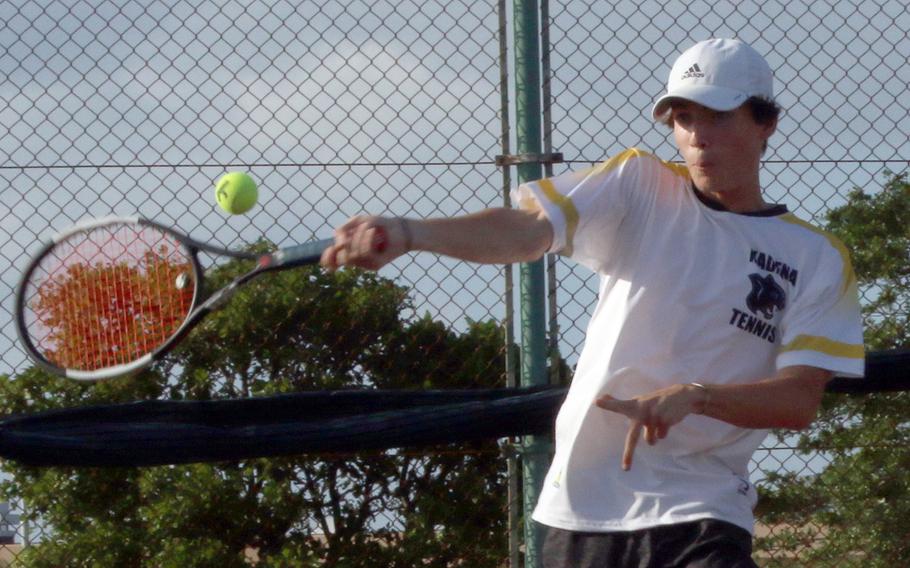