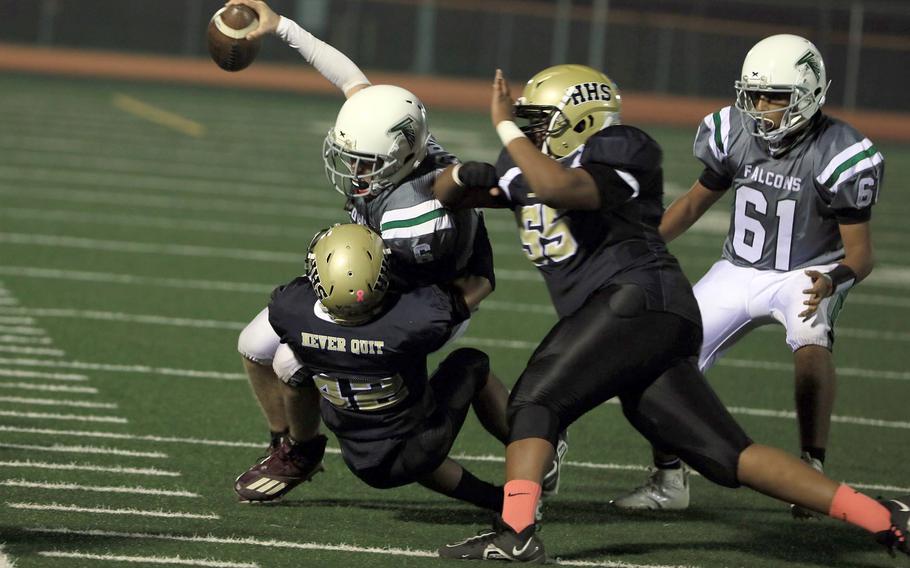 The Blackhawks, down to 26 players due to illness, injuries and school commitments, also got touchdowns from Luke Robinson, Ethan Elliott, Amare Kinsey and Dylan High.

“A lot of players stepped into roles they hadn’t played before,” Blackhawks coach Steven Elliott said. “Next man up.”

Singapore played the first of its two games against DODEA-Korea opponents; the Falcons square off with Osan on Monday. It is the Falcons’ first encounter with DODEA-Pacific opponents since playing Yokota in October 2017.

“Singapore has a lot of good athletes,” Elliott said. “Hats off to them.” 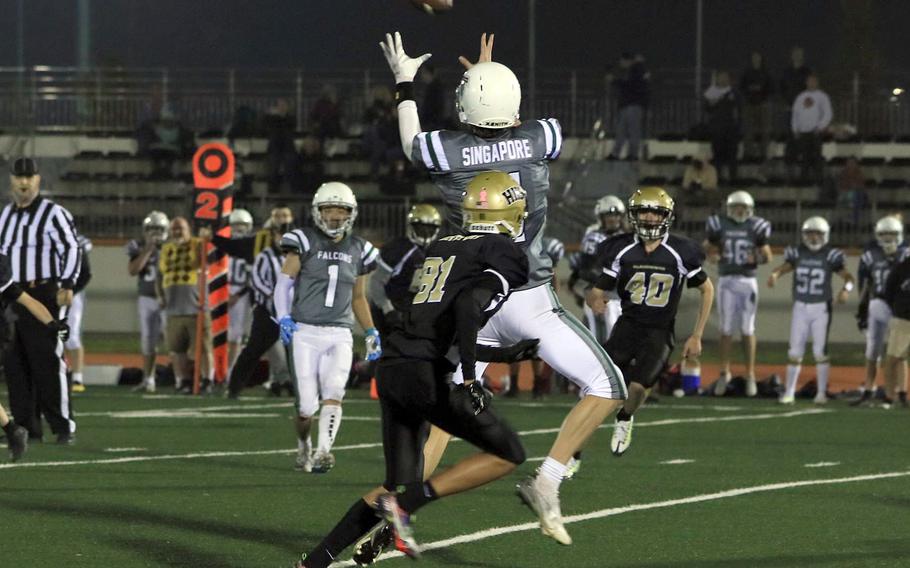 Singapore's Quentin Chong goes up to catch a pass in front of Humphreys' Cameron Sherlock. (Brian McCollum/Special to Stripes) 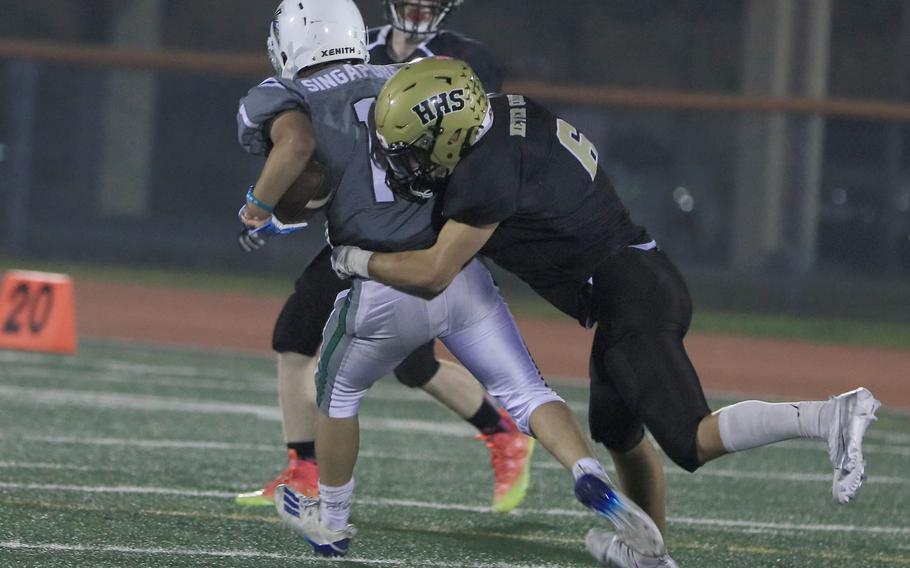 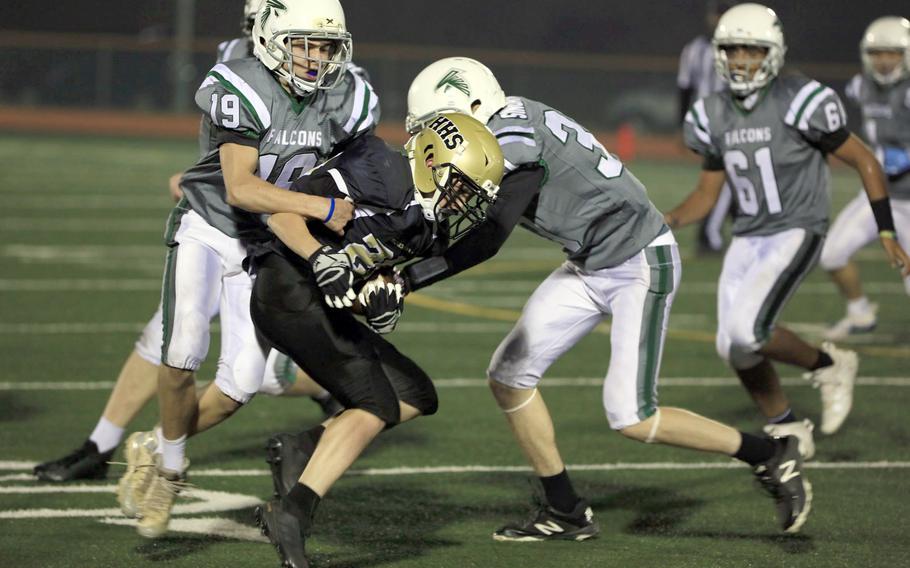 For the Blackhawks (5-0), Sean Cook went 4-for-6 for 87 yards, including a 62-yard touchdown pass to Kinsey and a 21-yarder to Elliott. Watts ran for a touchdown and returned a fumble 6 yards for a score. High returned an interception 23 yards for TD.

“This is what we do when we play as a football team,” Elliott said. “Basic, fundamental ball (and) this is the result.”

The Falcons got their lone points on a 28-yard pass from Heathe Billingslea to Tommy Fowler.