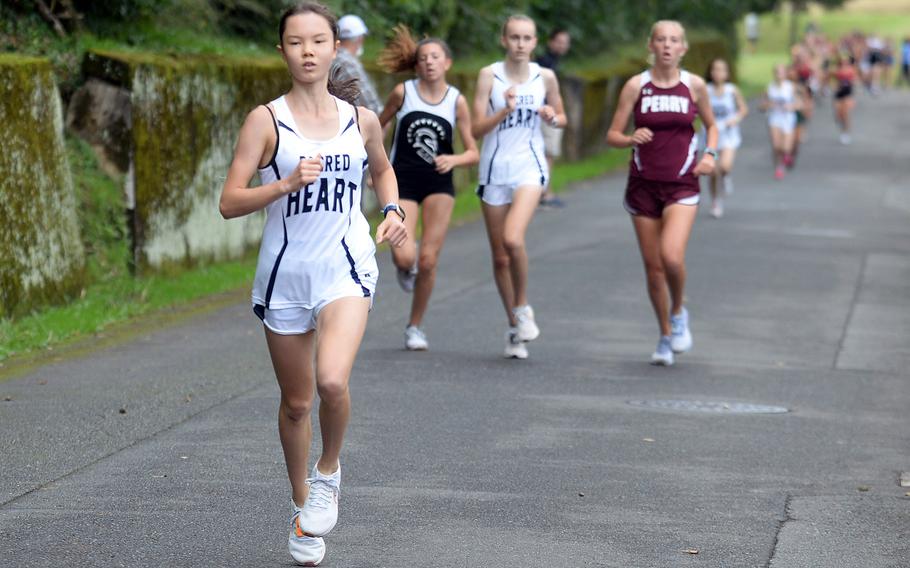 TOKYO – Call Saturday the day of the Samurai transfers.

“Every once in a while, we get one,” coach Brad Cramer said of Gaines and Williams, who transferred to Perry from the states, giving the Samurai two marquee runners.

Saturday’s meet was held on the lower 5-kilometer course at Tama Hills Recreation Center in Tokyo’s western suburbs. It was the first meet since the 2019 Far East meet to feature DODEA athletes from Japan and Okinawa, plus international-school runners from the Tokyo area.

Gaines moved to Perry over the summer after running last year in Fort Myers, Fla. On Saturday, he finished behind Jong In Lee of St. Mary’s, 17 minutes, 10.6 seconds, to 17:22.2.

He expressed disappointment with Saturday’s performance, saying he thinks he can do better come the DODEA Far East virtual meet Oct. 24-25. He won that meet as a freshman for E.J. King two years ago in 16:59.

“My time was horrible,” Gaines said, adding he hoped he could break 17 minutes as he did in Florida. “Even with all that training, I’m just not moving. I want to break 17 again, because I haven’t been doing it.” 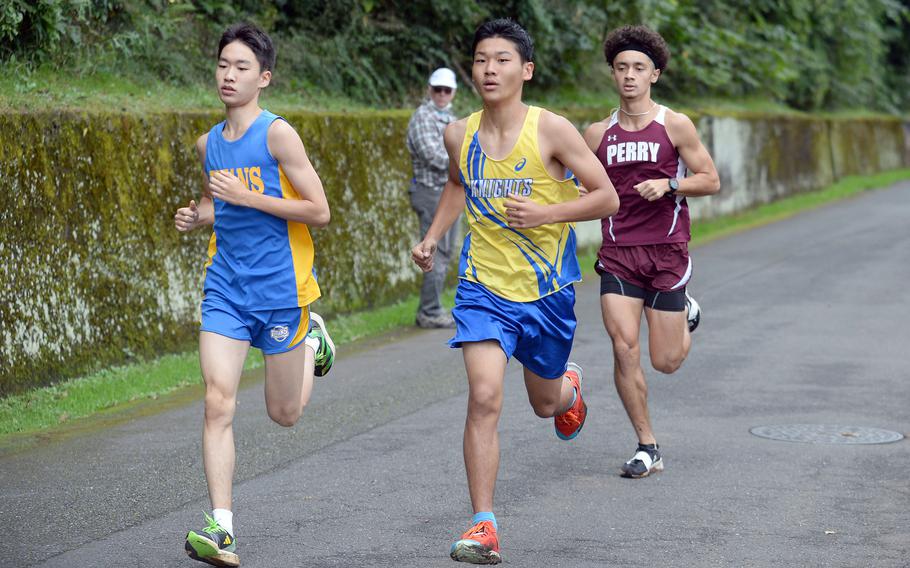 Williams came to Perry from the state of Washington early this season, taking second in one regular-season meet and third in the Kanto finals.

“It’s nice to have the work finally pay off,” Williams said of taking the DODEA All-Japan title. She said she was impressed with Sato, who broke the course record Saturday.

The DODEA Far East virtual meet is scheduled over two days, with King running at Perry; Robert D. Edgren, Zama and Nile C. Kinnick running at Yokota; Kadena at Kubasaki on Okinawa; and Osan and Daegu running at Humphreys. Each runner goes 12½ laps around a track.

“Far East on that track, it’s going to be a different story,” Gaines said of attempting to make it two Far East titles.

“I’m excited to see how fast everyone can run on the track,” Williams said.

“That’s what we train for; everything is for the end of the season,” Cramer said.