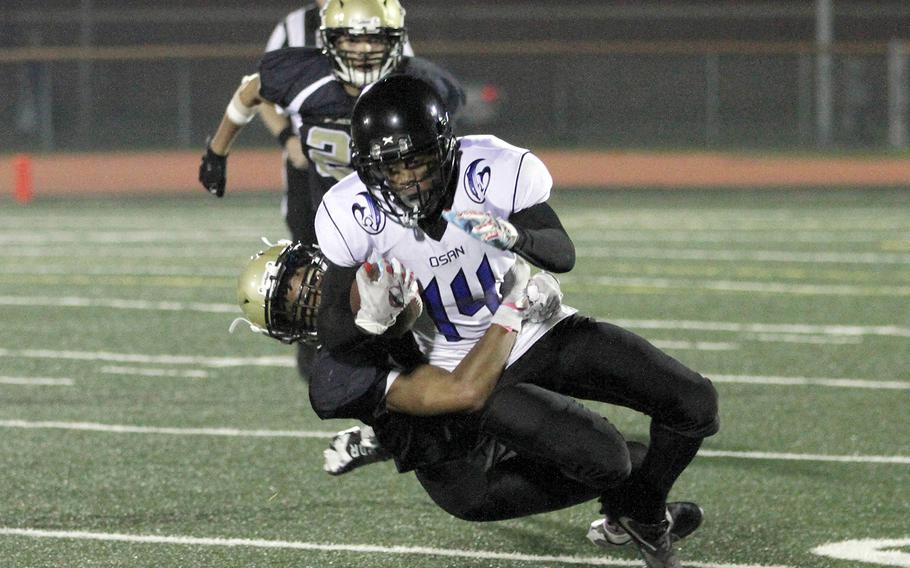 CAMP HUMPHREYS, South Korea – Humphreys completed a regular-season sweep of Osan on Friday, beating the Cougars 29-6 to make for a happy homecoming.

Sean Cook threw two touchdown passes to Manny Lawson and Darryl Veal Jr., the Pacific’s single-game yardage record holder, had 228 yards and a score on 19 carries for the Blackhawks, who two weeks ago won 28-7 at Osan in the first of two regular-season meetings.

“It was a pretty good night for these guys,” said coach Steven Elliott, whose Blackhawks improved to 4-0 overall, including two victories over Korean teams.

Cook went 8-for-12 for 187 yards and added 33 yards on three rushing attempts. Fullback Ethan Elliott caught three passes for 61 yards and rushed 15 times for 102 yards and a touchdown. Lawson had four catches for 124 yards.

“Every time we come onto the field, we have guys doing great things,” Elliott said. “We were spreading it around to different players. We were playing as a team, we’re winning as a team, I’m proud of them.” 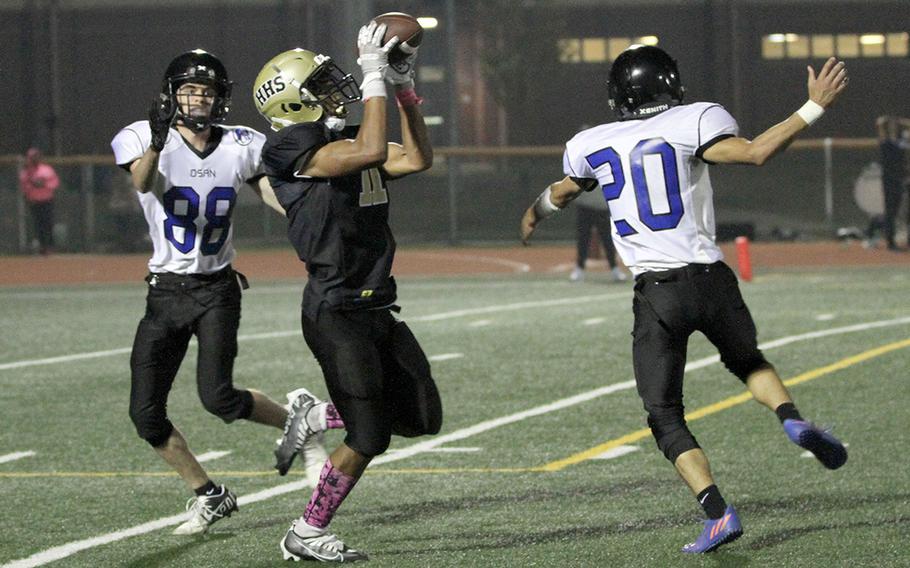 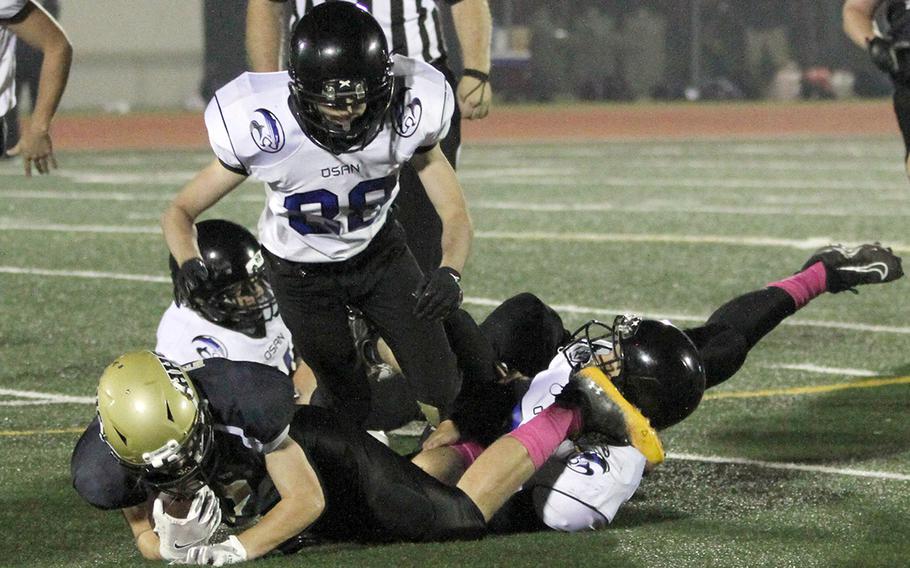 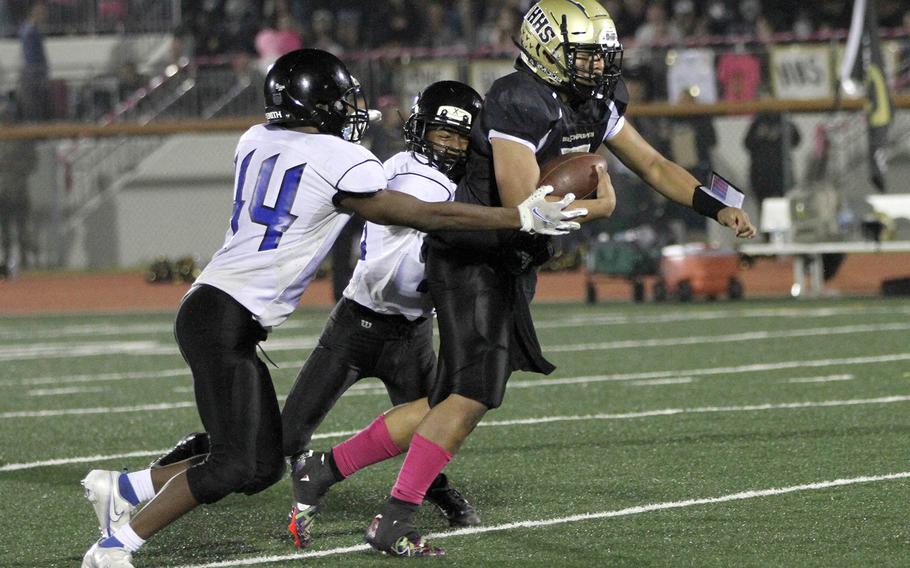 The Cougars got their lone points on a 1-yard quarterback scramble on a fourth-down play by Josh Low. It was set up by an 86-yard interception return by Adam Rutland.

Osan found itself outmatched in the interior, as the Cougars were the first time they played the Blackhawks, coach Jerome Learman said.

“They’ve got some great players,” Learman said of the Blackhawks. “Physically, they outsize us in the line. We can’t match up with them.”

The Blackhawks next host the Singapore Falcons, a collection of all-star players from its three-team league. That game is at 6 p.m. Friday. The Cougars take their turn against Singapore at 6 p.m. Oct. 24.