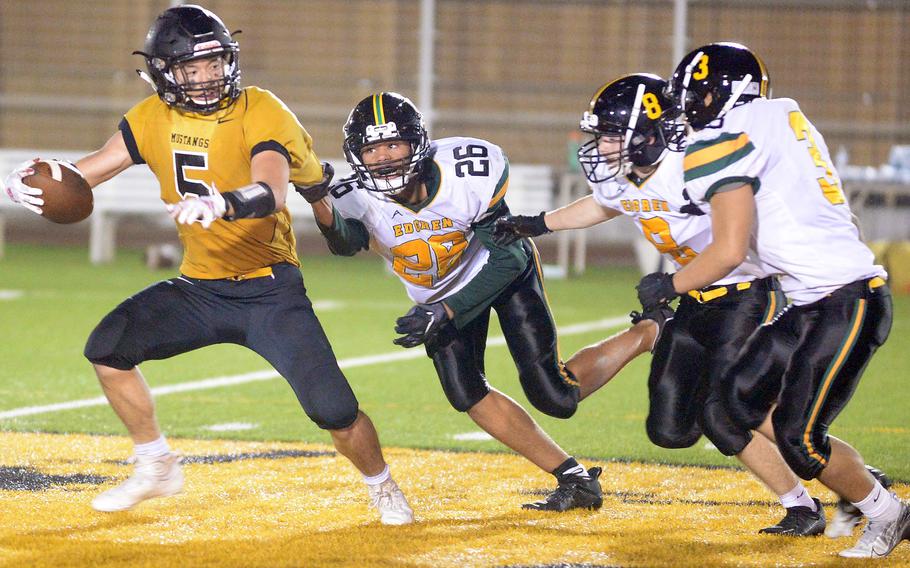 TOKYO – If the best offense is a good defense, American School In Japan demonstrated that in bunches on Friday’s senior night at Mustang Valley.

Jack O’Neill recovered a fumble in the end zone and returned an interception for a touchdown and Noa Grasse added two interceptions, returning one of them for a score as the Mustangs shut out Robert D. Edgren 33-0 in the teams’ first meeting in six seasons.

“Everything was clicking,” said ASIJ coach and athletics director Tim Jacobsson, whose Mustangs improved to 1-3 against American high school teams this season. “It’s just taken awhile. I know the seniors wanted to come out with a victory and they came through.”

O’Neill’s end-zone fumble recovery with 1 minute, 4 seconds left in the first half was the turning point of what had been a scoreless duel, Eagles assistant coach Jeremy Sanders said.

“Too many turnovers and we didn’t finish” on offense,” Sanders said. “We played a solid first half. But that first-half fumble deflated the balloon. That’s the way the ball bounced. You can plan the picnic, but you can’t predict the rain.” 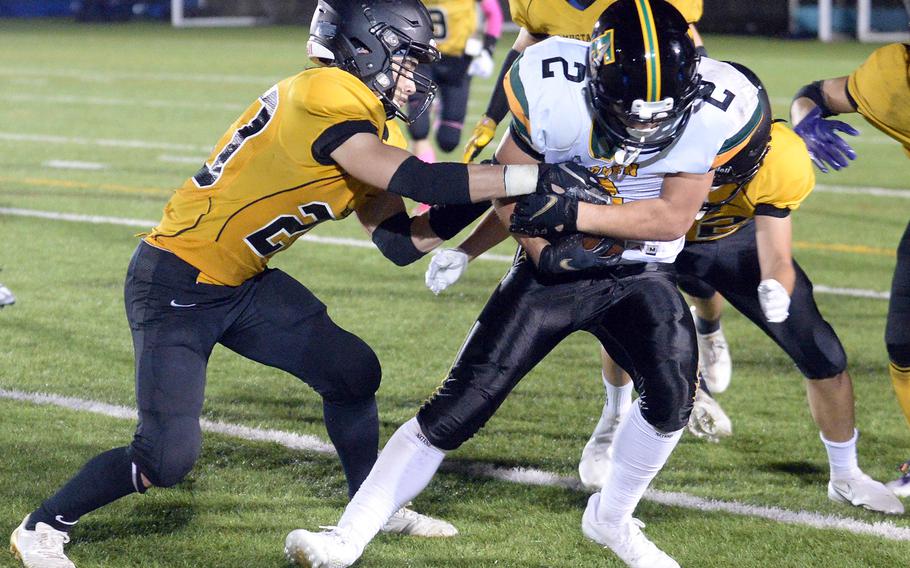 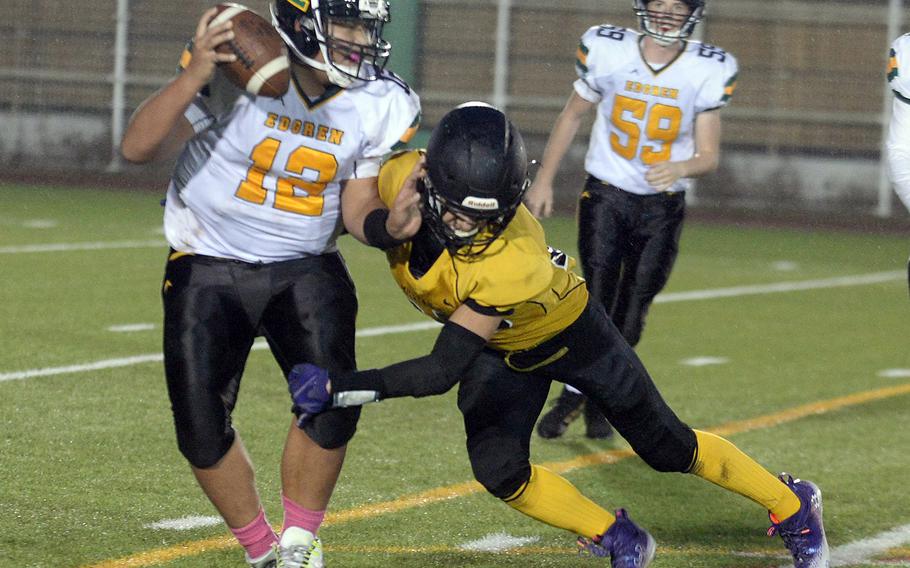 Robert D. Edgren quarterback Jayse Ulechong gets chased down by American School In Japan's Isreal Rodriguez, one of three sacks by the Mustangs. (Dave Ornauer/Stars and Stripes) 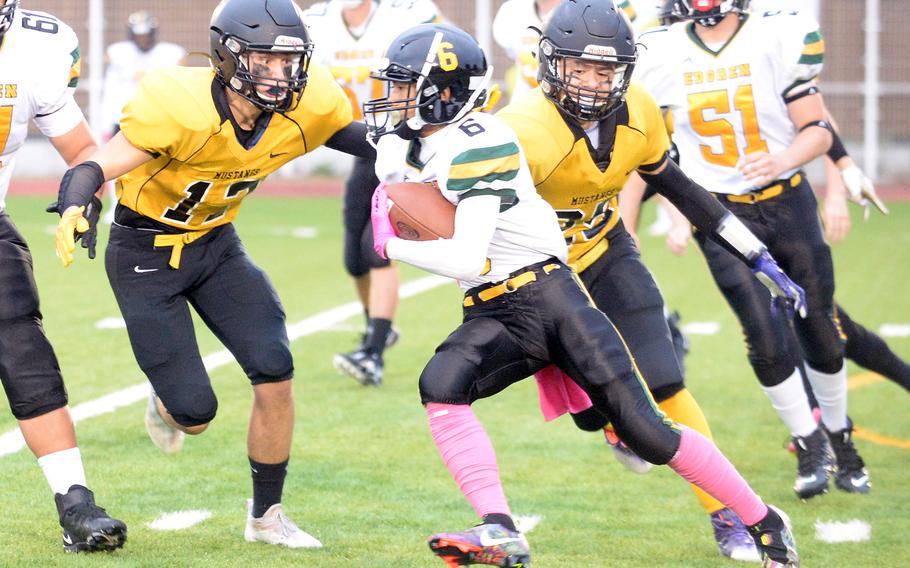 The Mustangs wasted no time pulling away in the second half. Grasse cut around left and raced 84 yards for a touchdown just 10 seconds into the third quarter. On ASIJ’s next possession, Stefan Merino caught a 45-yard scoring pass from Daiya Kaneko with 6:32 left in the third period.

ASIJ’s defense then slammed the door midway through the final quarter. First, it was O’Neill, intercepting a fourth-down pass by Edgren’s Jayse Ulechong at the ASIJ 16 and returning it 84 yards down the left sideline for a score.

“I was going to slap it down since it was fourth down, but then I saw green in front of me,” O’Neill said of the pick six.

Two plays later on Edgren’s next possession, Grasse snagged an Ulechong pass over the middle and ran it in from 39 yards out.

Grasse finished with 84 yards on four carries and 125 all-purpose yards. Yugo Matsuhashi, Isreal Rodriguez and James Curtis each had sacks for the Mustangs.

Ulechong was 13-for-32 for 96 yards passing for Edgren. Noah Medonis had four catches for 50 yards and recorded a sack.

The teams last met on Sept. 9, 2016, at Mustang Valley, with ASIJ winning 51-0 en route to its lone Far East Division I championship.

ASIJ next travels to Yokota on Oct. 28, to finish a Sept. 24 game at Mustang Valley that was suspended by lightning. They’ll complete that game at 6 p.m. before playing their regularly scheduled season finale.

Edgren finishes its season next week at Matthew C. Perry; kickoff is at 7:15 p.m. Friday.