Okinawa cross country teams to make most of off-island trip 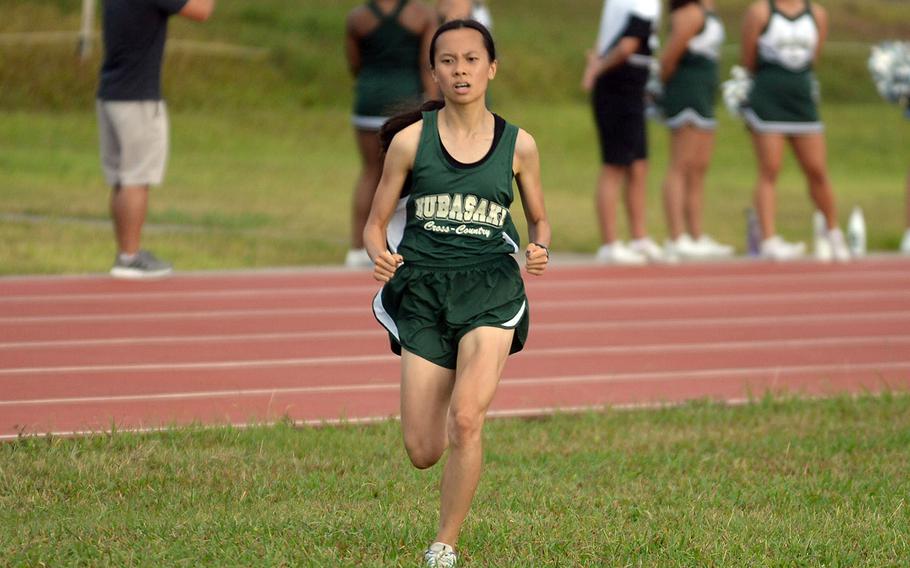 CAMP FOSTER, Okinawa – Makayla Saeteurn has served as the leading runner for a Kubasaki cross country team that’s been island-bound since the onset of the coronavirus pandemic in 2020.

Now, Saeteurn, a junior who’s been unbeaten thus far in Okinawa’s season, and her teammates are set for their first off-island travel since the 2019 Far East meet at Misawa Air Base in northern Japan.

Some non-DODEA runners from Tokyo-area international schools are also expected, but not too many. Those schools are on fall break, and their runners ran in last week’s Kanto Plain finals and are a week away from the 18th Asia-Pacific invitational on Guam.

“I’ve never done a trip with these guys,” Kadena coach Abe Summers said. “It will be a good challenge for them.” 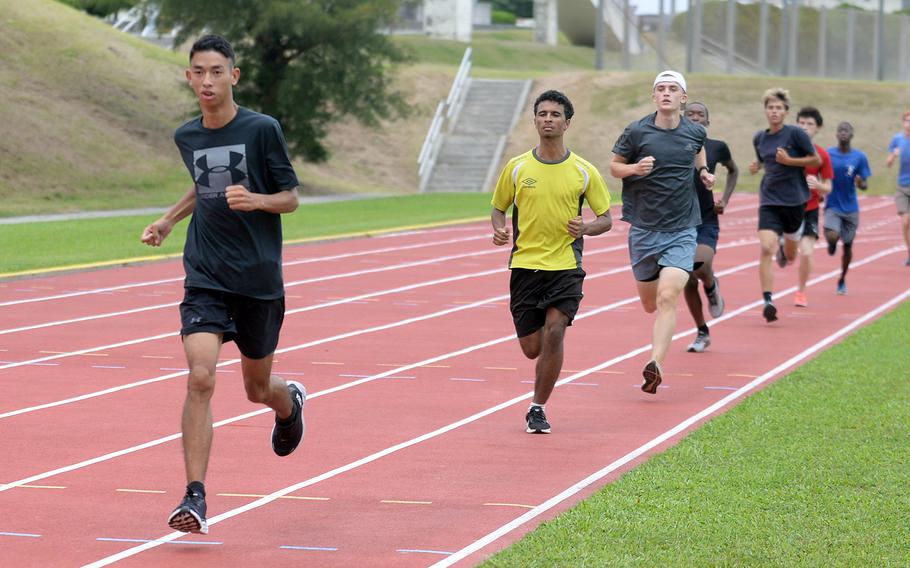 Joseph Dluzeski left leads the pack during Wednesday’s practice at Kadena. Dluzeski is unbeaten in four meets on Okinawa and holds the second-fastest time among DODEA-Pacific runners this year. (Dave Ornauer/Stars and Stripes)

Saeteurn finished third in last year’s Far East virtual meet. So far this year, she’s won all five races. Her best time was 20 minutes, 32 seconds that she ran as a freshman two years ago. Her best time this season is 21 minutes during an Oct. 7 Okinawa meet.

It will be quite a change, Saeteurn said, seeing runners from other schools she hasn’t run against and in weather that might be slightly cooler than Okinawa’s.

Two years ago, when it was just Kadena vs. Kubasaki, “I was a little frustrated,” Saeteurn said. “But in time, I enjoyed the race mindset with my teammates all around me.”

This time around, both the Dragons and Panthers have been pushing each other, with both Saturday’s meet at Tama and the Far East virtual meet upcoming Oct. 24-25. “I think we were missing that in the other years.”

So far among DODEA-Pacific runners, Saeteurn has been running second to junior Liliana Fennessey of Zama, who posted a 20:36 in a Sept. 10 meet at Perry. She is fifth overall among all comers, with junior Sofia Sato of International School of the Sacred Heart leading the way at 19:33.9.

Of the prospect of facing international school runners, Saeteurn said she was “very nervous,” but at least she could “now match names with faces” of runners she sees listed at Athletic.net.

Joseph Dluzeski, a senior, is to Kadena what Saeteurn is to Kubasaki. He’s unbeaten through four races, and holds a personal best 17:35 in last year’s Far East virtual meet in which he finished third.

Junior Tyler Gaines of Perry is fastest this season among DODEA-Pacific boys at 17:09, in that same Sept. 10 meet at Iwakuni.

Fastest among all comers is junior William Beardsley of St. Mary’s, at 15:59.9 in a Sept. 24 meet at Tama; Gaines is fifth and Dluzeski eighth behind Beardsley.

To be the best means beating the best, Summers said. “We’re excited to see them (and) it will be an eye-opening experience for them,” he said.

Saturday’s is the first of three in-person All-Japan competitions in fall sports. DODEA teams in Japan and Okinawa will converge Oct. 27-29 on Iwakuni for tennis and to Kubasaki for volleyball.