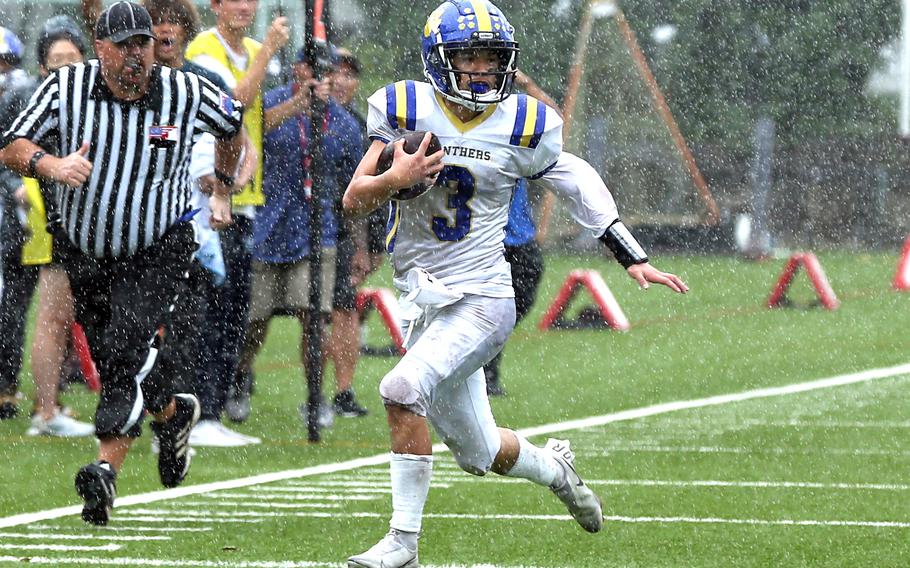 It’s one of DODEA-Japan’s oldest and most competitive football rivalries, and Friday’s matchup - Zama at Yokota - has much riding on it.

Each team is 3-0 entering Friday’s contest. Yokota’s homecoming is Friday; the two teams meet again Oct. 21 for Zama’s homecoming. The Trojans and Panthers are 1-2 in DODEA-Pacific in scoring offense, Zama with 121 points and Yokota 80.

And while there’s no D-II title to shoot for this year, whichever team wins takes a giant step toward posting the best record in both DODEA-Japan and the Kanto Plain Association of Secondary Schools.

“It’s a championship atmosphere in a non-championship season,” Trojans coach Scott Bolin said. “It almost seems like a collision course, and it’s Part I of the story because we’ll see them again in two weeks.”

The schools have what Panthers coach Michael Woodworth calls “a history,” dating back to when the two started facing each other in 1973, when Yokota High School opened. Zama has been around since the 1950s.

Last season, the teams played two games that went pretty much to the wire. Yokota pulled away late to win 60-44 on Sept. 24, 2021, at Naval Air Facility Atsugi. Zama won the rematch 20-14, sealing it when corner back Keshawn McNeill swatted away a would-be TD pass in the end zone.

“Any time we play each other, it’s exciting, no matter what sport,” Woodworth said. “I believe we’re two very evenly matched teams, and that will make for an exciting game.” 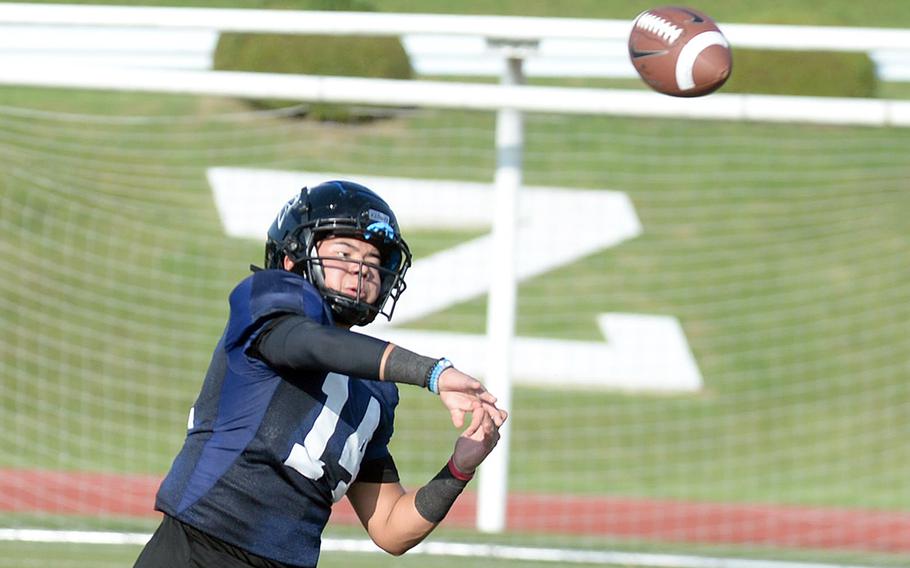 If the forecast holds, weather could also hinder one of the key aspects of each team’s offense - the passing game – Japanese forecast calls for a 90 percent chance of rain at the scheduled 7 p.m. kickoff.

“The weather could make it more interesting,” Woodworth said. “It’s going to play a role in this if it rains like it’s supposed to.”

Zama’s junior quarterback Kai Kuroda leads the region with nine scoring passes, four of them going to senior Pierce Ingram. Defensively, the Trojans have five interceptions, one returned for a TD by Kaisei Muta. Chayden Williams also has a fumble-return touchdown to his credit.

Yokota has senior Dylan Tomas, who leads the Pacific in total offense, 22-for-41 for 400 yards passing with three scores and 267 yards and three TDs on 18 carries. Yokota’s defense also has five interceptions.

“The leadership on both sides with those two quarterbacks has been phenomenal,” Bolin said. “They’re orchestrating some good stuff.”

Homecoming isn’t limited to Yokota this week. At Misawa Air Base, Robert D. Edgren hosts Matthew C. Perry, the second of their three scheduled meetings this season. Kickoff is at 7 p.m. at Eagles Field.

Rain might also play a part in Friday’s key Japan Division I matchup, pitting Kadena at Kinnick; kickoff there is at 6 p.m. The Panthers can sew up host rights to the Japan D-I title game on Oct. 28 with a win at Berkey Field; a Red Devils win throws that race into chaos.

American School In Japan’s football team makes its first road trip in three seasons, heading to Kubasaki to play the Dragons, with a 6 p.m. kickoff at Mike Petty Stadium.