Humphreys pulls away from Osan in DODEA-Korea opener 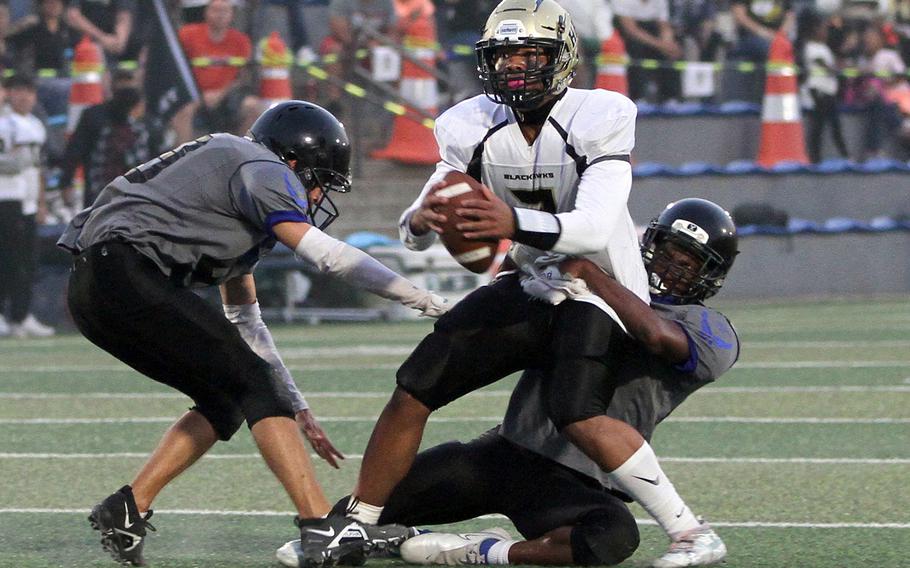 OSAN AIR BASE, South Korea – Staring at a 7-7 halftime deadlock against Osan, Humphreys turned to its three offensive stars to kick start the offense in the second half.

Sean Cook ran and passed for a touchdown, Darryl Veal added a scoring run and Ethan Elliott starred on both sides of the ball, recording 166 yards total offense and 13 tackles and six assists as Humphreys scored 21 unanswered points to win 28-7 Friday at Cougars Field.

“We’re a four-quarter team,” coach Steven Elliott said of his Blackhawks, who improved to 3-0 overall and 1-0 in DODEA-Korea. “They saw the score at halftime, they knew they needed to play with more discipline and they started executing the way they’re supposed to.”

Cook was 7-for-13 for 155 yards, including a 62-yard scoring pass to Manny Lawson, and rushed for 36 yards and a touchdown on six carries. Elliott had 79 yards on eight carries and four catches for 87 yards. 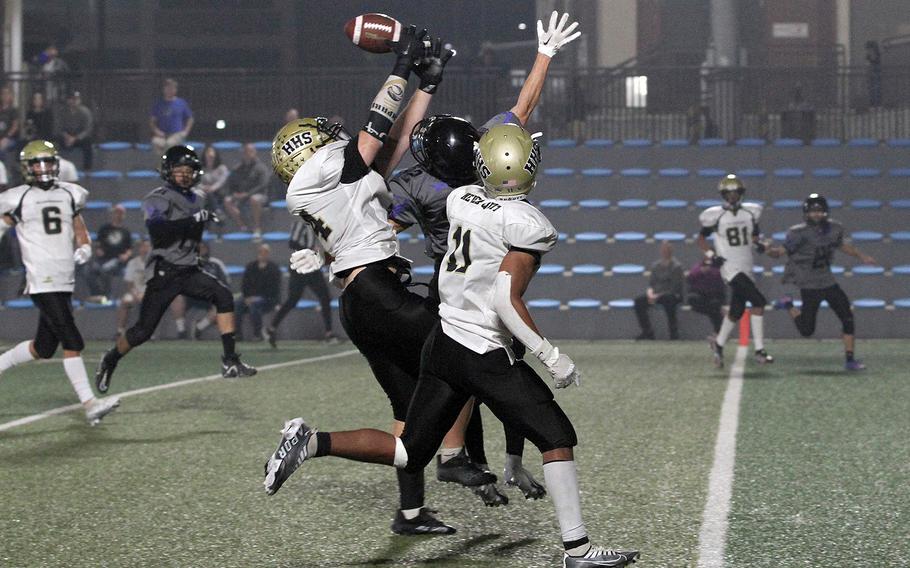 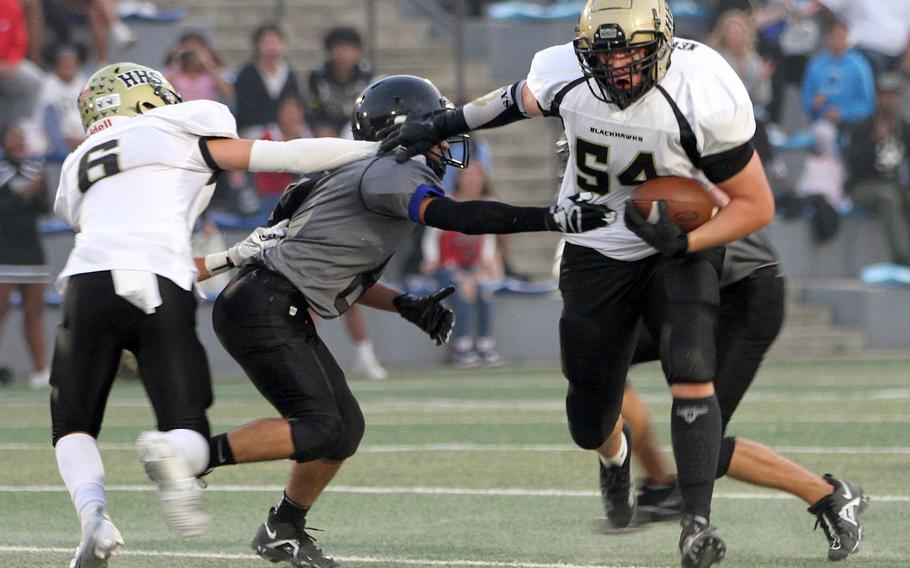 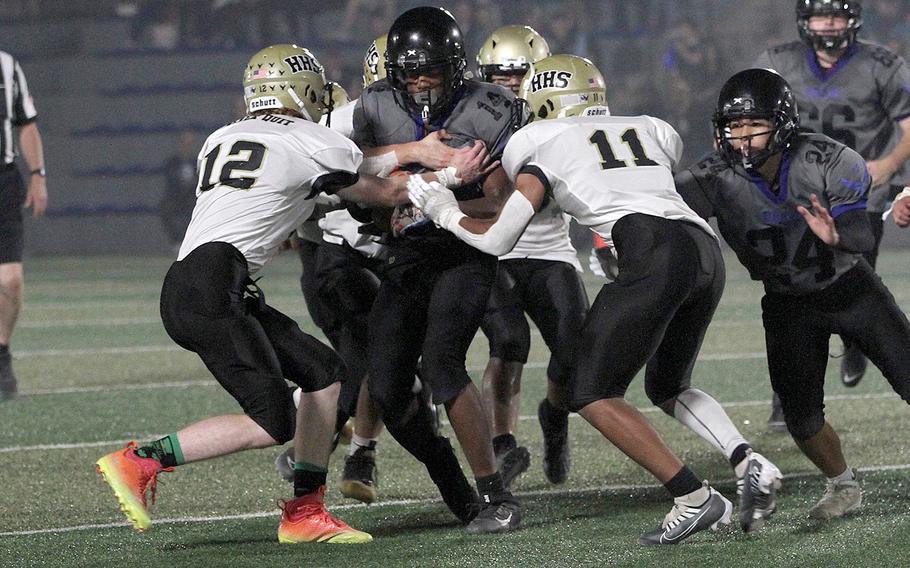 But it was Cook, Elliott and Veal who ignited the fire in the second half. “Once they started clicking, they put the weight of the team on their shoulders. What you would expect from your leaders,” Elliott said.

The Cougars, making their season debut, got their lone points in the first half on a 10-yard touchdown pass from Josh Low to Jaylon Grant, who also converted the extra point.

“The kids played hard; it was a hard, physical game for both teams,” Cougars coach Jerome Learman said. “You make one or two mistakes and they (Blackhawks) turn them into points. But I’m really proud of my guys.”

The two teams meet again on Oct. 14 at Humphreys for the Blackhawks’ homecoming; kickoff is at 6 p.m.