List of opponents in Korea grows, but foreign travel still out 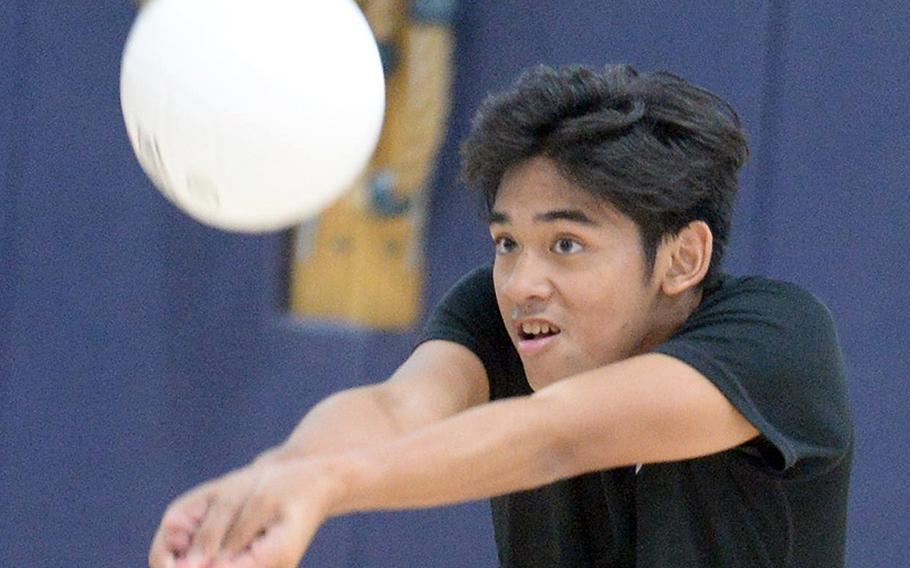 Visit the Evergreen Golf Course and you’ll find junior Emily and sophomore Anna Hager teeing it up; they were two of three sisters who went unbeaten during last fall’s DODEA-Korea season.

And while sophomore Ava Sims joins those two on the links, her sisters - senior twins Ella and Emma - can be found next door on the tennis courts. They also ran the table during their DODEA-Korea season last year and lost only once in 2020.

What can they all do for an encore?

“Work on strength and ball placement as well as more powerful and forceful serves,” Ella Sims said as the Warriors pressed on with practice despite raindrops falling.

She and her teammates will get more competition this season.

Although DODEA-Pacific is still not holding a season-ending Far East, Daegu, Osan and Humphreys will resume play against international schools in the Korean-American Interscholastic Activities Conference.

“The kids are excited to be back in KAIAC,” Warriors coach Robert Kenny said. “Over the next few days, we’ll be going over some game scenarios” to prepare for the non-DODEA opponents.

Golf remains an exclusively DODEA-Korea sport, which means the Warriors will only square off against the Cougars and Blackhawks, as they did during their first year as a varsity program in 2021.

Still, golf does have its benefits, the Hager sisters said.

“It’s a lifetime sport and I want to keep doing it,” Emily said.

Anna said she wrote to DODEA-Pacific leadership to lobby to get golf included as a Far East sport; that’s not going to happen, she said.

“It’s good practice, though,” Anna said of playing against Osan and Humphreys. “We want to get scholarships for it. And it’s good for business; a lot of people make business decisions on the links.” 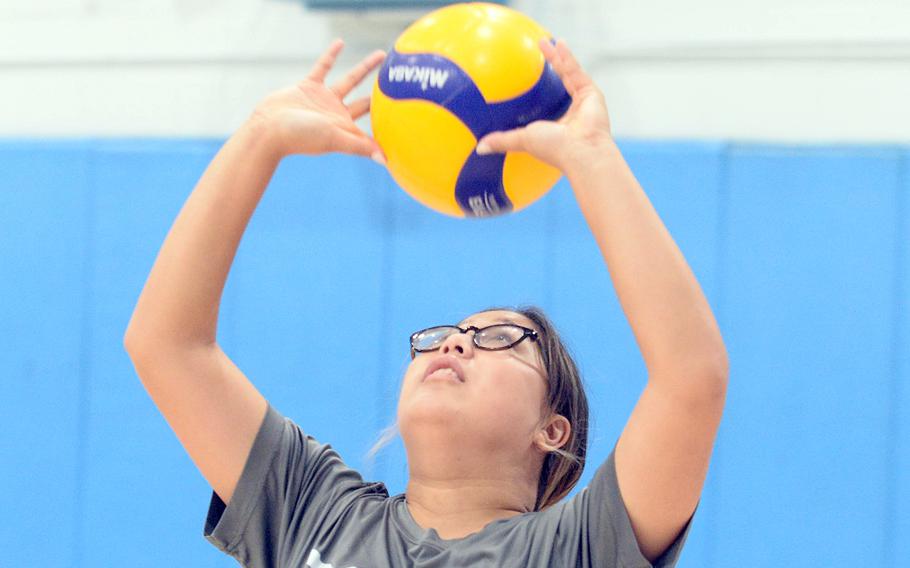 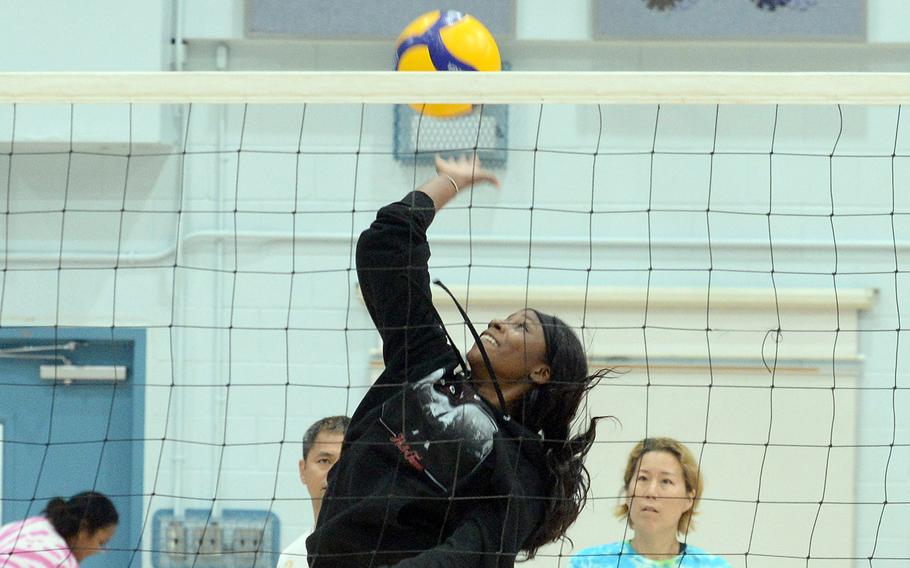 Junior twin brothers Joseph and Jonathan Park are central to Humphreys’ boys lineup, Joseph as a hitter and Jonathan as a setter. They’ve played for the Blackhawks since their freshmen years.

Blackhawks girls volleyball features a pair of returners from 2021, senior outside hitter Sabra Wrightsil and sophomore outside hitter Bella Pula. Casey Manson is the new coach.

Daegu’s boys are also young, with three returners having one season each under their belts, senior Tim Chang and juniors Kadin Marques and David Tak.

Osan’s boys volleyball team is a mix of youth and veterans, with senior outsides Tzuriel Jennings and Dash DeSilva returning along with sophomores Zach Hernandez, M.J. Siebert and Troy Abinsay. 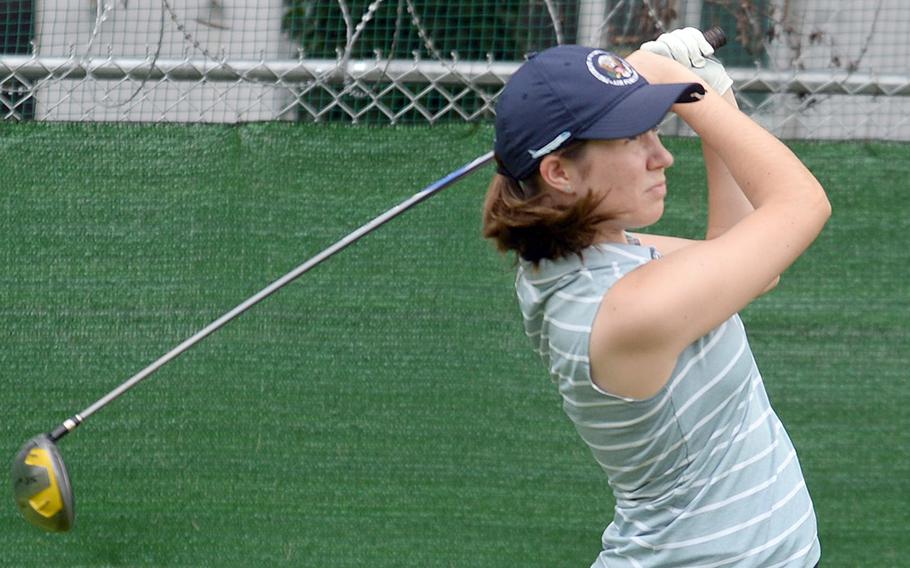 Sophomore Anna Hager is one of three Hager sisters who went unbeaten in Korea golf a season ago; she returns along with her junior sister Emily. (Dave Ornauer/Stars and Stripes) 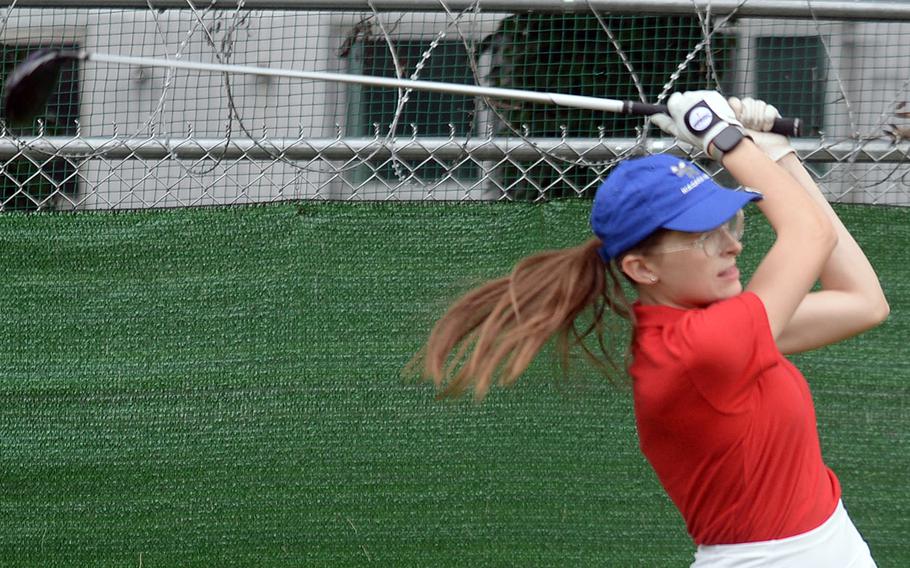 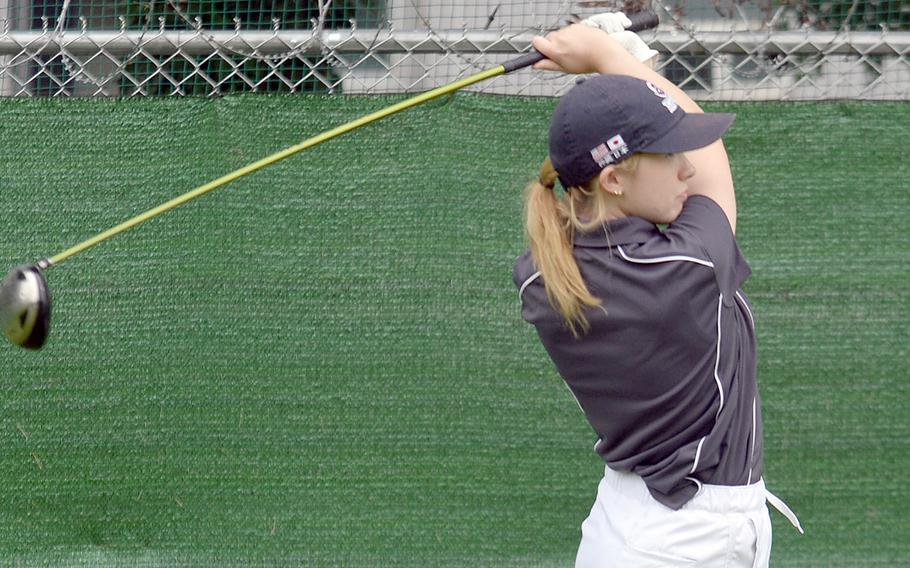 Junior Emily Hager is one of three Hager sisters who went unbeaten in Korea golf a season ago; she returns along with her sophomore sister Anna. (Dave Ornauer/Stars and Stripes)

The good news for golf in Korea is, the three schools get a total of seven playing events, instead of the four they had the last two years. And two of the meets will include competition with local Korean golfers.

Humphreys boys, the two-time DODEA-Korea boys champions, return juniors Brandon Borelli and Duncan Pickering and sophomore Trevor Yi from that squad. Tyler Greve moves over from football to take over as golf coach.

While Daegu’s girls lineup is veteran laden, the Warriors’ boys - junior Andrew Im and freshmen Dylan Lentz and Max Lim - are all new to the sport 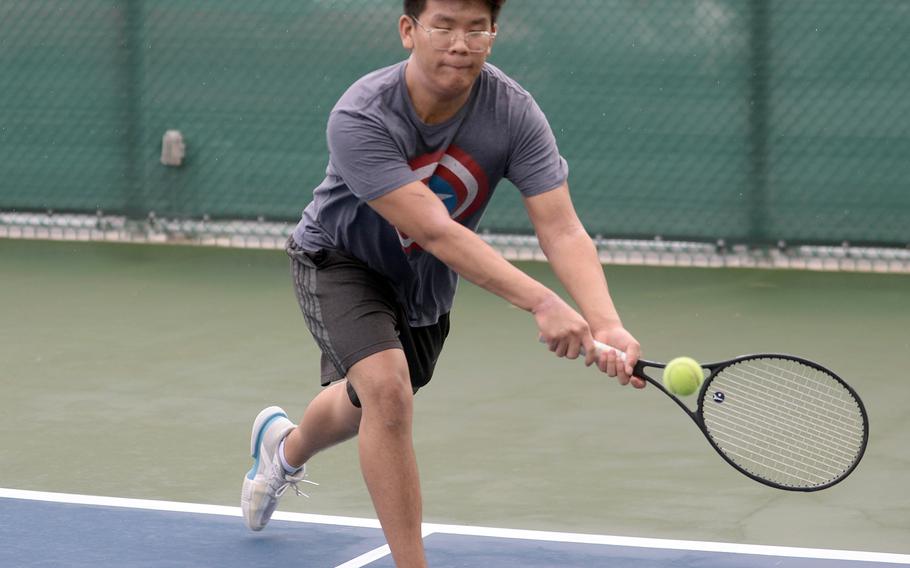 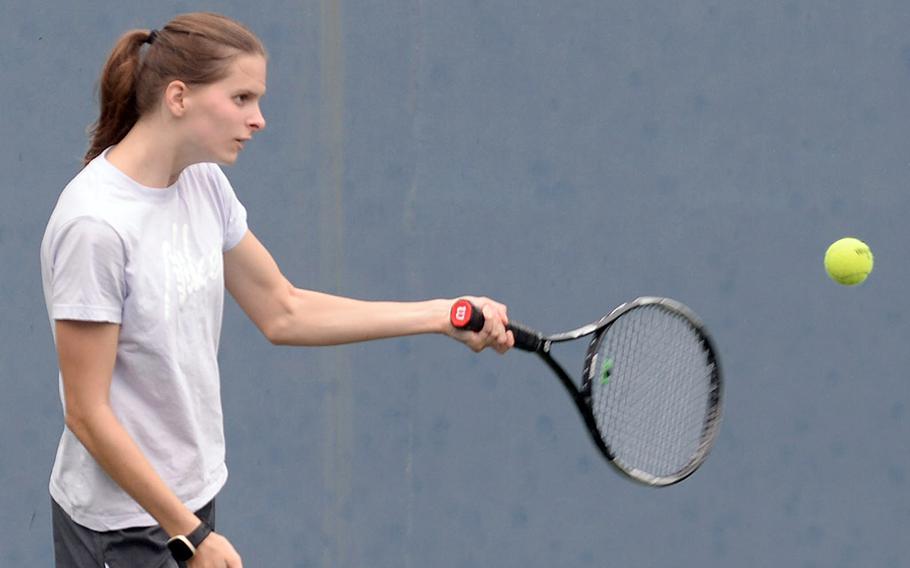 Senior Emma Sims went unbeaten on the DODEA-Korea tennis circuit last season; she and her twin sister Ella return to the courts, while their younger sister, sophomore Ava, plays golf for Daegu. (Dave Ornauer/Stars and Stripes) 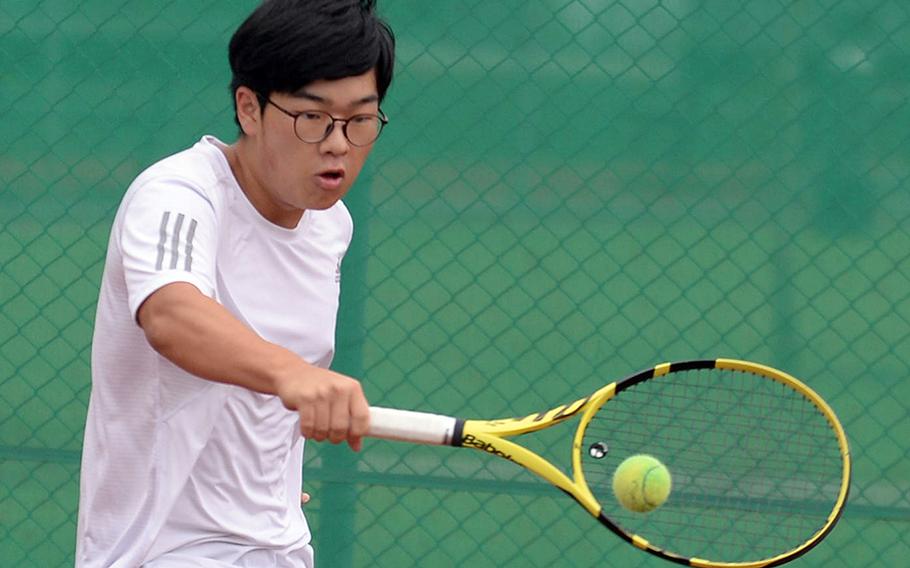 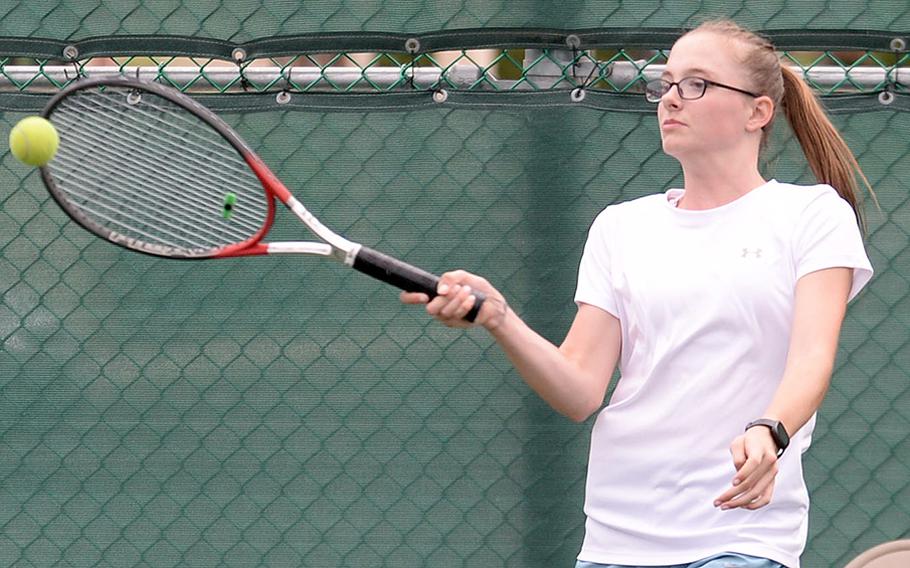 Senior Ella Sims went unbeaten on the DODEA-Korea tennis circuit last season; she and her twin sister Emma return to the courts, while their younger sister, sophomore Ava, plays golf for Daegu. (Dave Ornauer/Stars and Stripes) 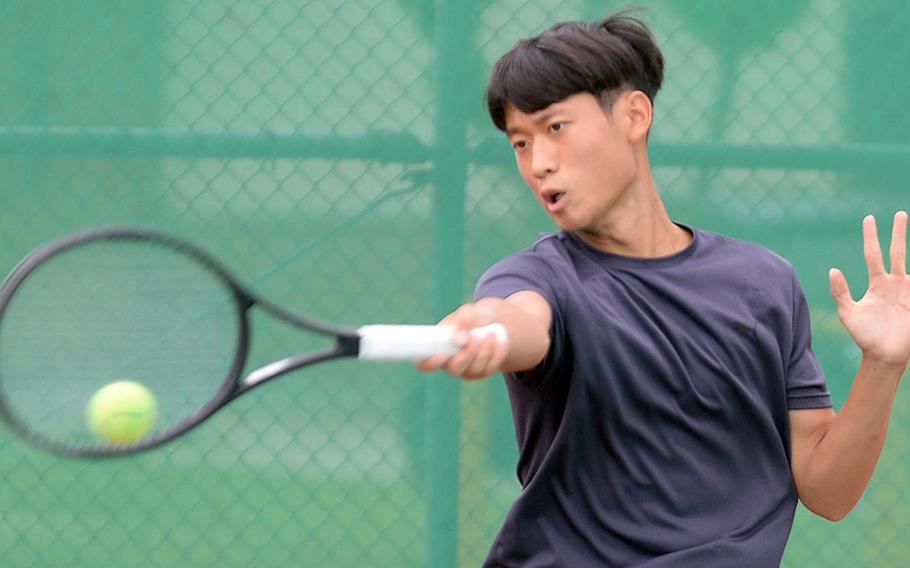 Humphreys junior Sean Choo has been playing tennis since his freshman year. (Dave Ornauer/Stars and Stripes) 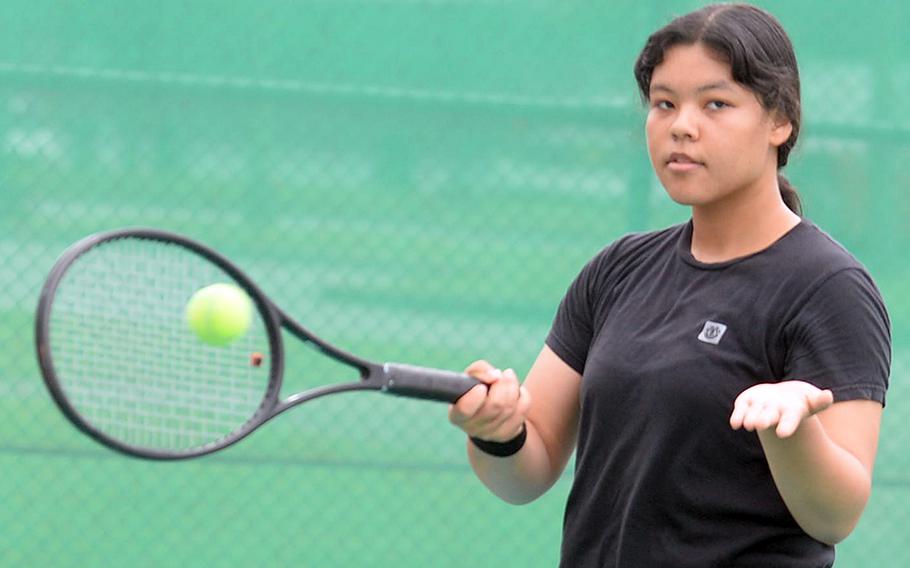 Humphreys junior Naomi Choi has been playing tennis since before she was in high school. (Dave Ornauer/Stars and Stripes)

Besides the Sims twins, the Warriors welcome back seniors Daniel Son and Jason Won, while newcomers Gianna Tak and Evan Son, each freshmen, and Beckham Clites, a junior, fill in the lineup. 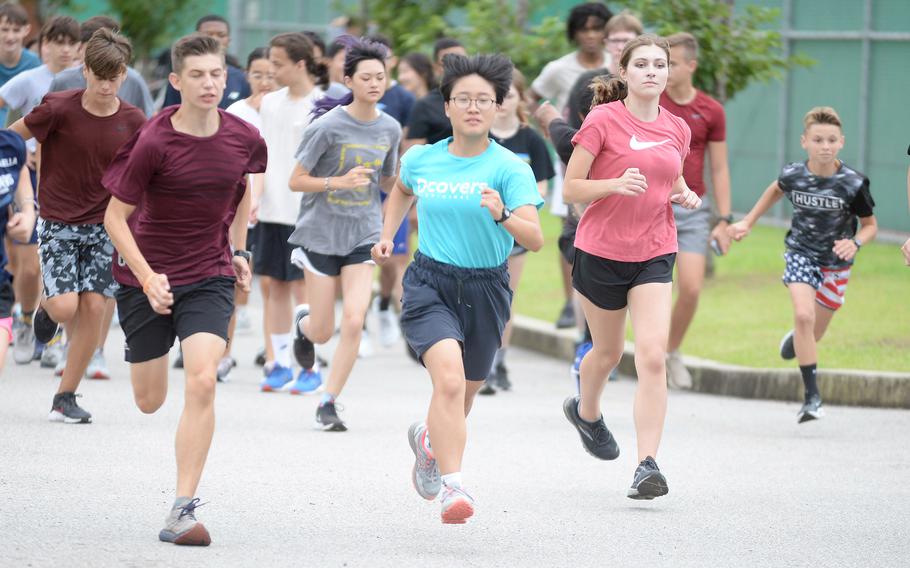 Humphreys' cross country team is flush in numbers, but only two runners return from the 2021 squad. (Dave Ornauer/Stars and Stripes)

One thing common across the board with DODEA-Korea cross country teams is youth. High school numbers are thin, but the middle school contingents are quite large.

Humphreys got hit hard by transfers; only junior Drew Wahlgren and senior Hanna Chung return. Osan is also thin in returners; Chloe Weatherwax, a junior, is the only varsity veteran. Her freshman sister Ryann Weatherwax is joined by freshman Sam Wood as key newcomers.