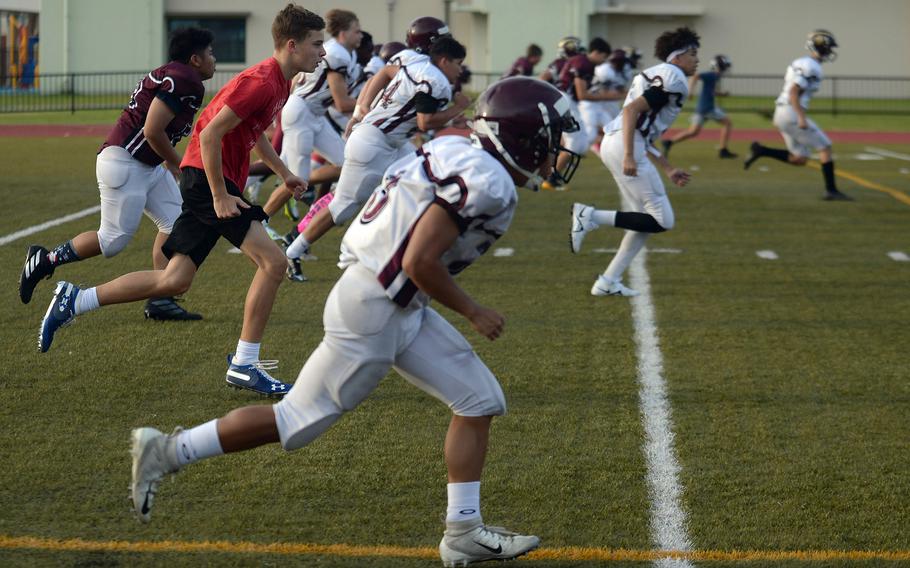 While 15 players return for Matthew C. Perry, only four started and just five seniors are back. (Dave Ornauer/Stars and Stripes)

MARINE CORPS AIR STATION IWAKUNI, Japan – It was just a matter of time, Billy Henry said. But the defensive coordinator for three seasons says he didn’t expect to be elevated to Matthew C. Perry head coach so soon.

Nor did anyone involved with the Samurai expect Frank Macias, who’d become the program’s face for the last seven full seasons, to accept a new position at Fort Campbell, Ky.; he departs in mid-September.

“It was a shock,” said Henry, who along with the rest of the school learned of Macias’ departure earlier this month. In addition to the new post, Macias said he wanted to be nearer his sons, Austin and Garrett, who are living in the States now.

“I couldn’t be happier for him to be closer to his family,” Henry said. “But filling his shoes, I don’t think anybody can do that. He’s been the architect. We’ll do our best to continue his legacy. I hope we can move on and see where we go.”

In addition to head coaching duties, Henry will remain in charge of the defense, while Daniel Burns, in his second year with the program, continues as offensive coordinator.

Both have DODEA bloodlines; Henry’s father coached at Hohenfels, Stuttgart and Guam High, while Burns played for Seoul American in the late 2000s and quarterbacked the Falcons to the 2006 Far East Division I title.

“I’m very excited for Billy” taking the reins, Burns said. “Even though it’s impossible to replace Frank, I think we can keep that train going.” 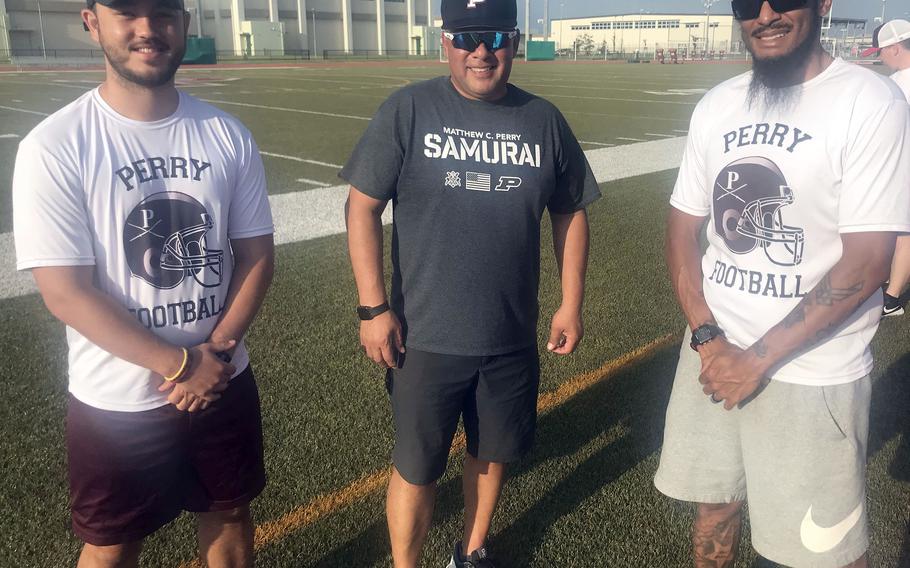 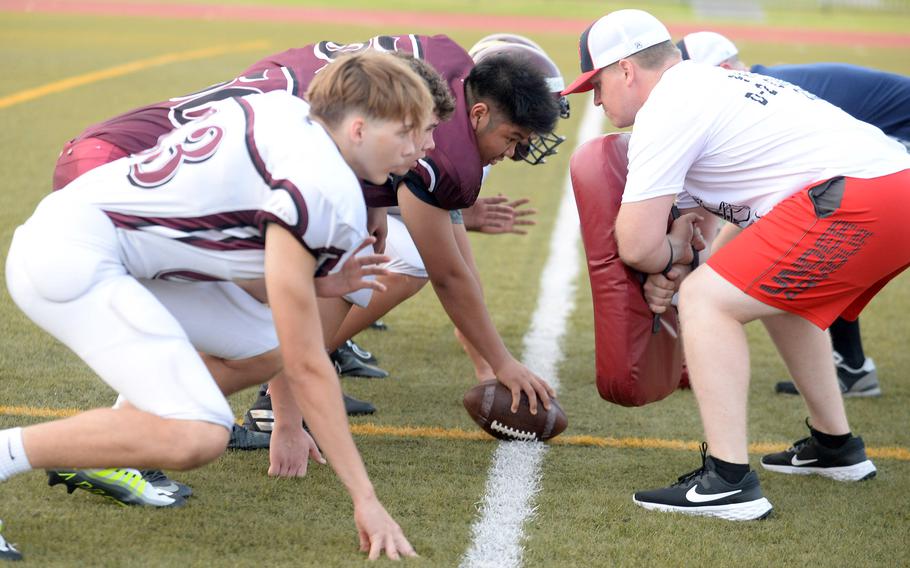 Matthew C. Perry's line is a tad on the small side this season. (Dave Ornauer/Stars and Stripes) 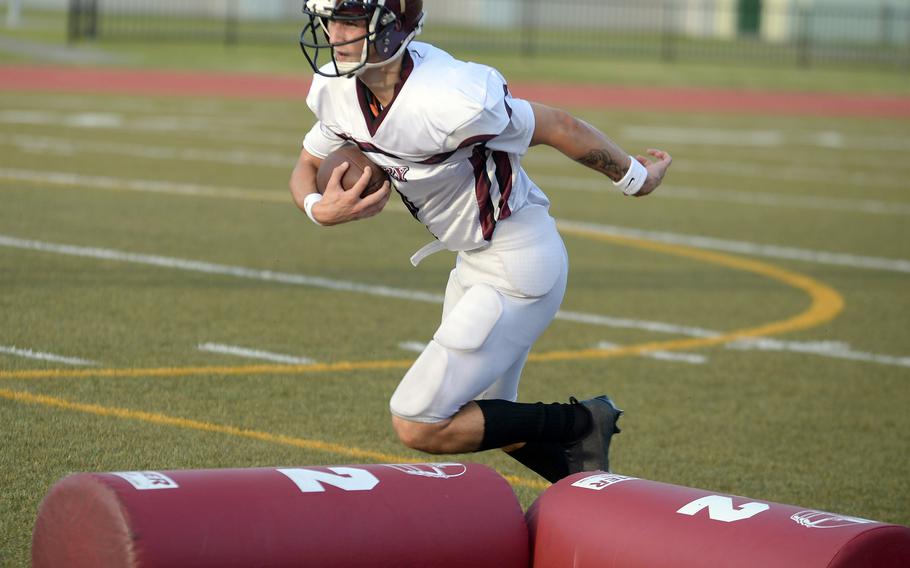 Senior Jordan Wooten will be under center for Matthew C. Perry's offense. (Dave Ornauer/Stars and Stripes)

Macias, who had coached in Germany before arriving at Iwakuni in 2012, rebooted Samurai football after an eight-year shutdown, running it as a junior varsity program before joining the DODEA-Japan circuit in 2014 and leading Perry to three Far East Division II title games in four seasons.

“Life changes,” Macias said. “It’s definitely bittersweet. But my sons are grown and gone and we want to be closer to them. But leaving this family is definitely not easy.”

It’s a Samurai family that’s very much in rebuild mode, having lost its core skills-positions players from a team that went 6-2 the last two years, and last season proclaimed itself the unofficial DODEA-Japan D-II champion.

“Losing all those seniors and all that production hurts,” Henry said. “They had fantastic careers here at Perry. However, with those guys gone, it gives other players a chance to step up and do great things for us. Next man up.”

Despite the challenges, Macias says he’s comfortable passing the torch to Henry and Burns. “Samurai football is in good hands,” he said.

Strengths — Decent core of experienced seniors. A new head coach who has been in the Macias system and plans to carry it forward.

Drawbacks — Replacing the face of the franchise since he arrived at Iwakuni in 2012 won’t be easy. Neither will replacing virtually the entire cadre of playmakers from a team that beat every DODEA-Japan small school two times each last season. Inexperience across the board could be the big issue.