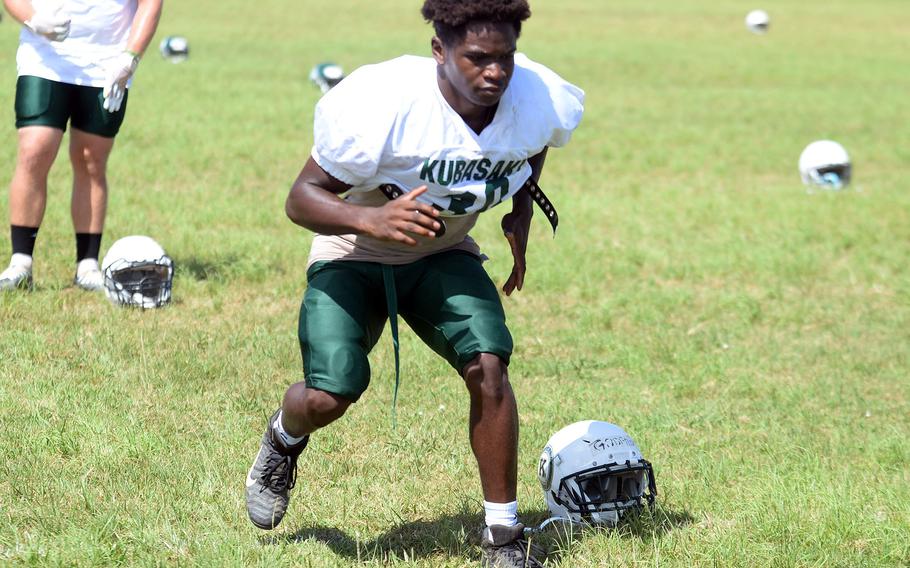 CAMP FOSTER, Okinawa – Ten months removed from their first victory in six seasons over arch-rival Kadena, Kubasaki’s football team is hoping to take even greater steps in the upcoming campaign.

In fact, Tony Alvarado, in his second season as Dragons head coach, feels that the 2022 season actually began with Kubasaki’s 6-0 victory last Oct. 1 at Kadena.

Compared to last season, when the roster was “paper thin,” as Alvarado put it, the Dragons are close to having more bodies than uniforms – all told, 55 players were out for practice on Monday, a full week before school opens, which could bring even more players out.

“A lot of positive words have been spreading” around the student body, Alvarado said, “so we have people asking if they can play.”

One of them, T.J. Reese, a 6-foot-6 senior, had been focusing on basketball, but approached Alvarado last week and “asked me if he could come out.”

Among that large number of players, 12 are seniors, 11 are returning and nine saw starting time in the Dragons’ four games last season. 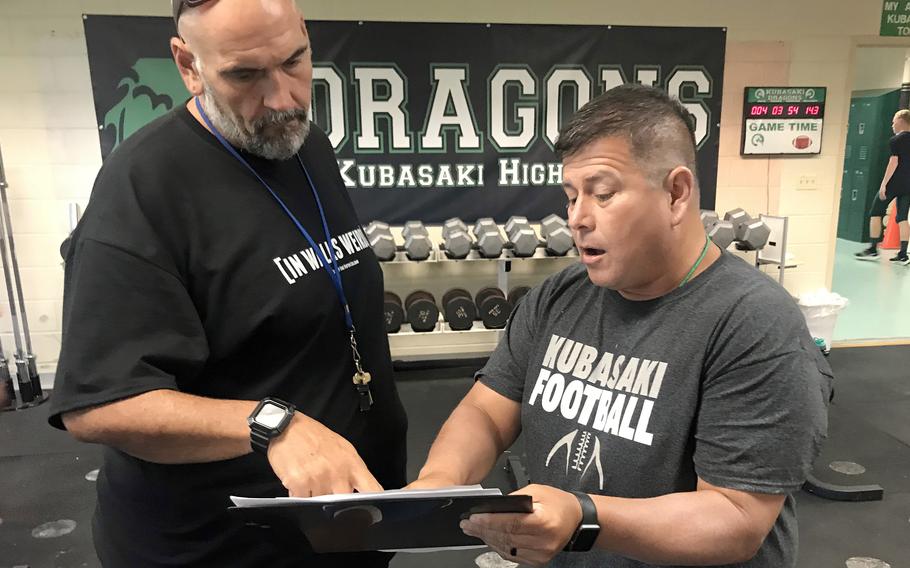 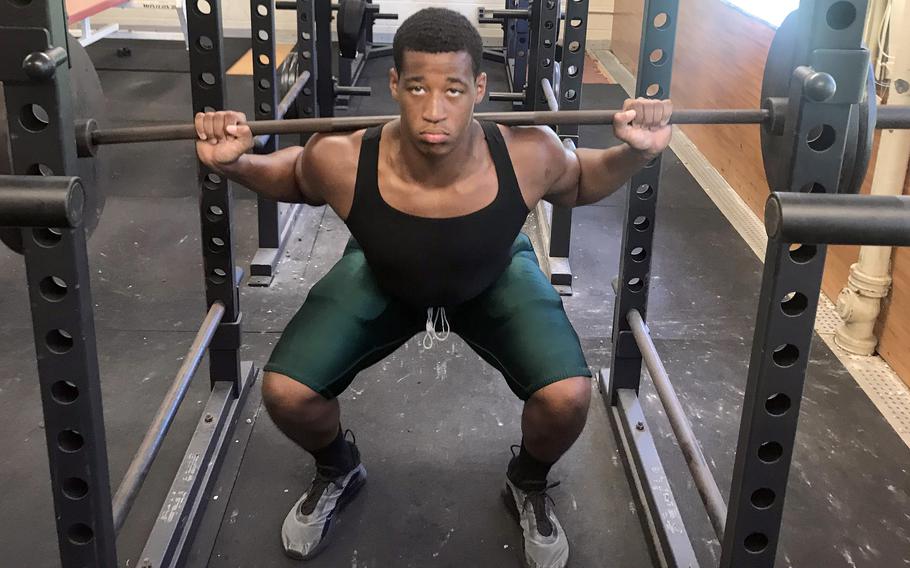 T.J. Reese, a 6-foot-6 senior basketball player, is trying his hand at football for the Dragons. (Dave Ornauer/Stars and Stripes)

The Dragons’ interior line averages about 225 pounds, with junior Jacob Braud, at 6-5 and 265 pounds, leading that pack, Alvarado said. “Our guards are fast and quick and the tackles are big,” he said.

They’ll be clearing space for, among others, senior tailback Godfrey Wray out of Alvarado’s Wing-T offense. “He should do big things for us this season,” Alvarado said of Wray. A.J. Millette, in his fourth year with the program, returns at quarterback.

While there’s no Far East playoff this season, the Dragons won’t be stuck facing just the Panthers four times as they did in 2021.

Kubasaki gets one game at home and away against defending DODEA-Japan champion Nile C. Kinnick, including the season opener at the Red Devils on Sept. 2. The Dragons host Kinnick on Sept. 23.

And the three teams will engage in a two-week playoff for the All-DODEA-Japan championship, with the third-place team visiting the second-place team on Oct. 21, and the regular-season champion hosting that winner on Oct. 28.

“That’s huge. That’s the biggest thing,” Alvarado said of playing outside competition for the first time in three years. “That makes it so much better. They haven’t done a road trip in three seasons.”

A true Division I schedule including Humphreys might be another year down the road, but Alvarado says he and the players are seeing progress as they continue to put the coronavirus pandemic in the rear-view mirror.

“The program is growing, now that we’re coming out of COVID,” he said. “The players have a chance to shine on the field. There are a lot of positives.”

Drawbacks — Lack of game repetitions, since the team has only played four games since 2019.