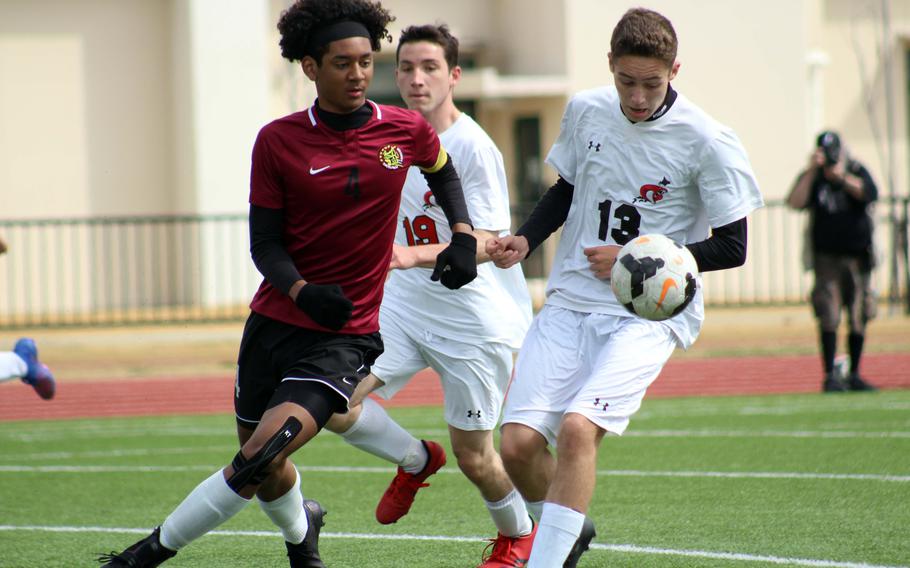 Shion Fleming has become the 10th player out of Matthew C. Perry High School to be named All-American by the United Soccer Coaches of America.

The senior midfielder recorded team highs of 22 goals at 15 assists to lead the Samurai to a 16-9 record in the DODEA-Japan season.

“Shion had a great senior season,” Samurai coach Mark Lange said. “His leadership and mentorship of younger teammates was phenomenal.”

Fleming credited his family and teammates for the honor.

“I couldn’t imagine doing it at all without my supporters,” Fleming said. “My family has always been there to push me harder. … I’m truly grateful to the people who supported me to do great things. And winning an All-American honor might have been the best feeling yet.”

Fleming also played football and basketball for Perry and earned the school’s male Athlete of the Year honors for school year 2021-22.