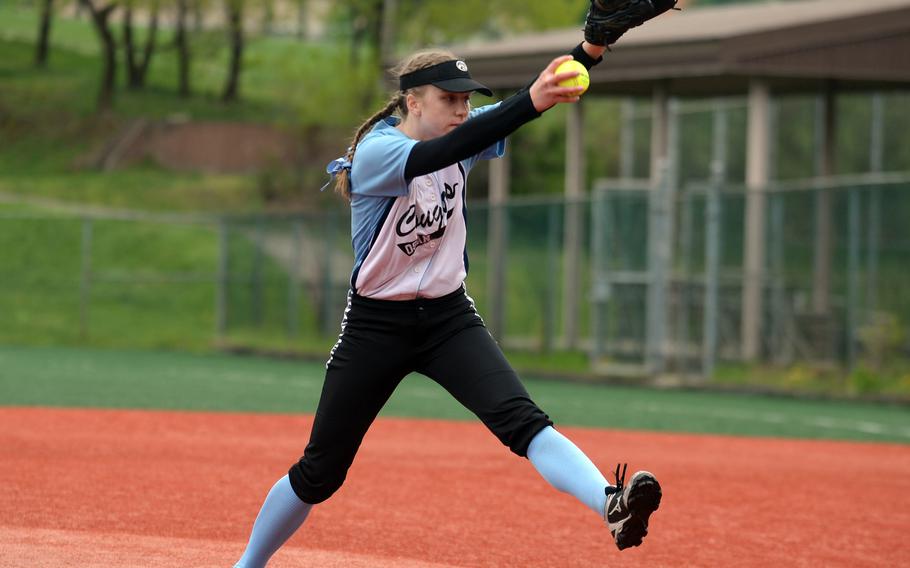 CAMP ZAMA, Japan – Athletes, coaches and teams could have been forgiven if they felt like the 2021-22 school year felt like a traffic jam, especially in winter - when the boys and girls basketball seasons ground to a halt, thanks to a spike in coronavirus cases.

“Football had gone smoothly, and I was hoping things would go just as smoothly in basketball,” he said. “When the season stopped, it threw off everybody’s momentum. I can only imagine how other teams were dealing with it.”

That Korea and Japan were able to salvage three weekends of competition in February was better than the alternative – in February 2020, Far East tournaments were canceled after one day due to the COVID outbreak.

“We had seen it all taken away completely,” Osan senior Anne Mountcastle said. “That gives you perspective.”

McNeill and the Trojans took advantage of the resumption, finishing second to Yokota in the DODEA-Japan regular season, but turning it on in the league post-season tournament. “Luckily, we were able to have a tournament,” he said.

McNeill scored 32 points and grabbed 14 rebounds in the championship game, which the Trojans won 61-31 over E.J. King on Feb. 19 at Yokota. Zama finished 11-3 overall. 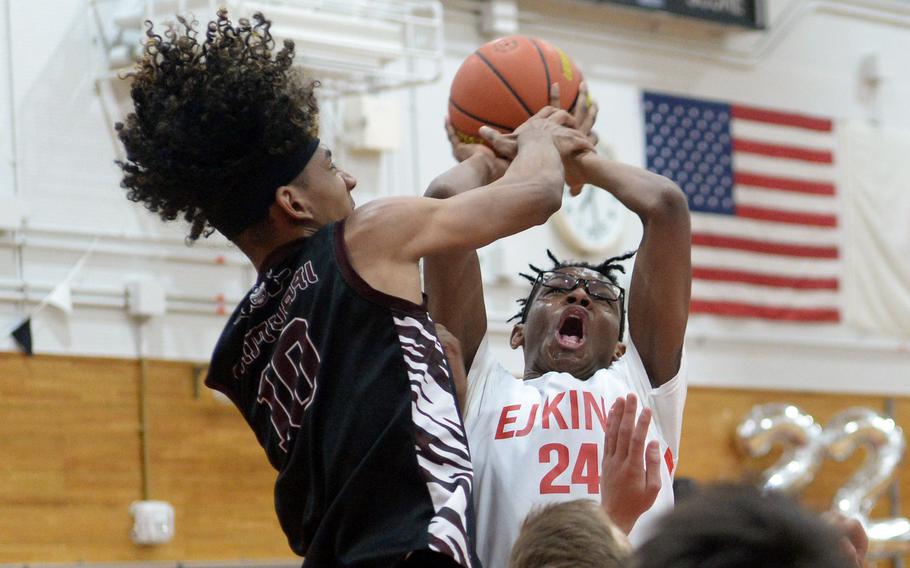 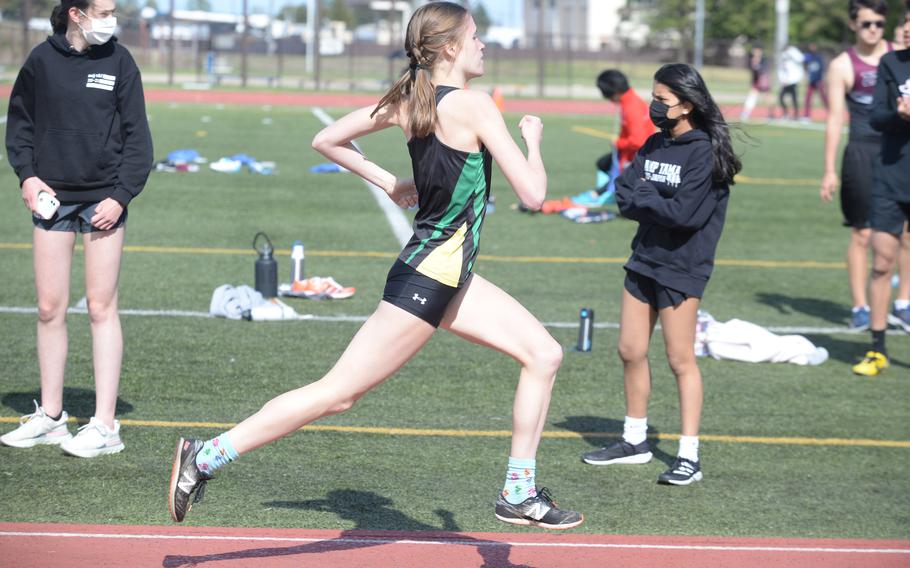 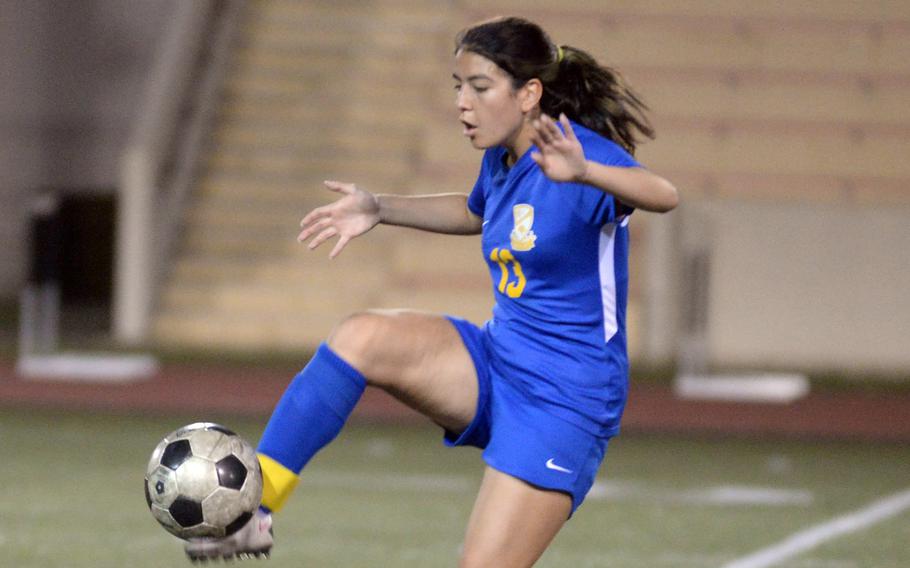 Senior Keiya Carlson has been named Yokota's female Athlete of the Year. (Dave Ornauer/Stars and Stripes) Kubasaki junior Jeffery Owens has been named the school's male Athlete of the year. (Dave Ornauer/Stars and Stripes) 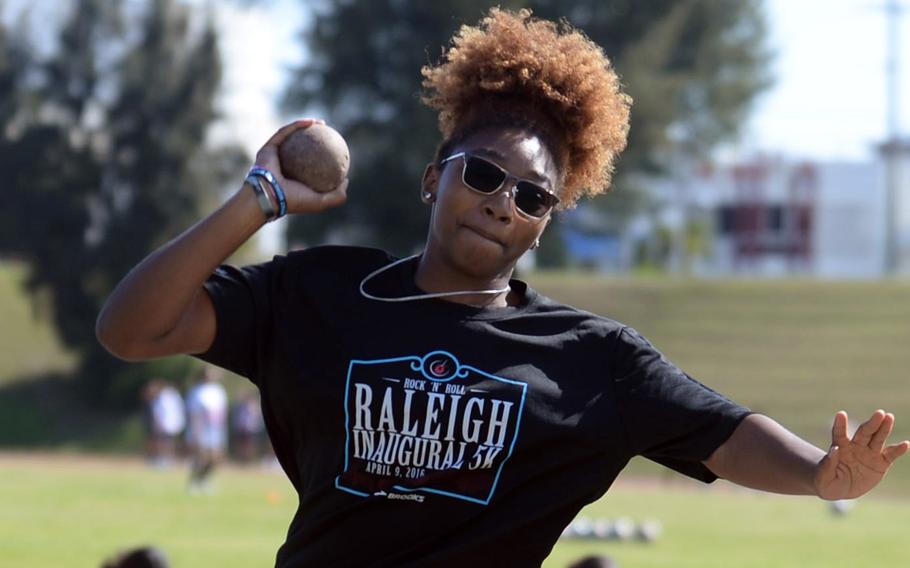 Kadena sophomore Destiny Richardson has been named the school's female Athlete of the Year. (Dave Ornauer/Stars and Stripes) 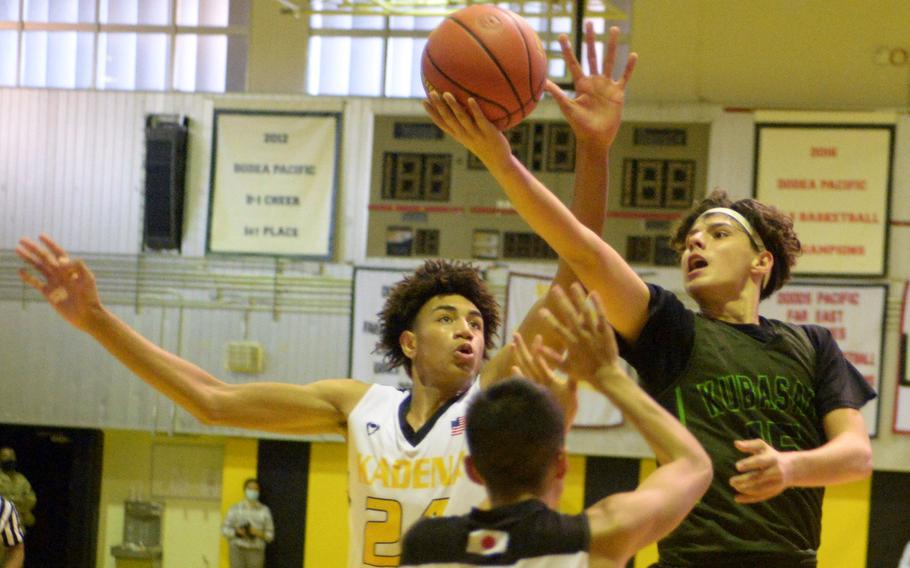 Kadena senior Jeremiah Lewis, left, has been named the school’s male Athlete of the Year. (Dave Ornauer/Stars and Stripes) 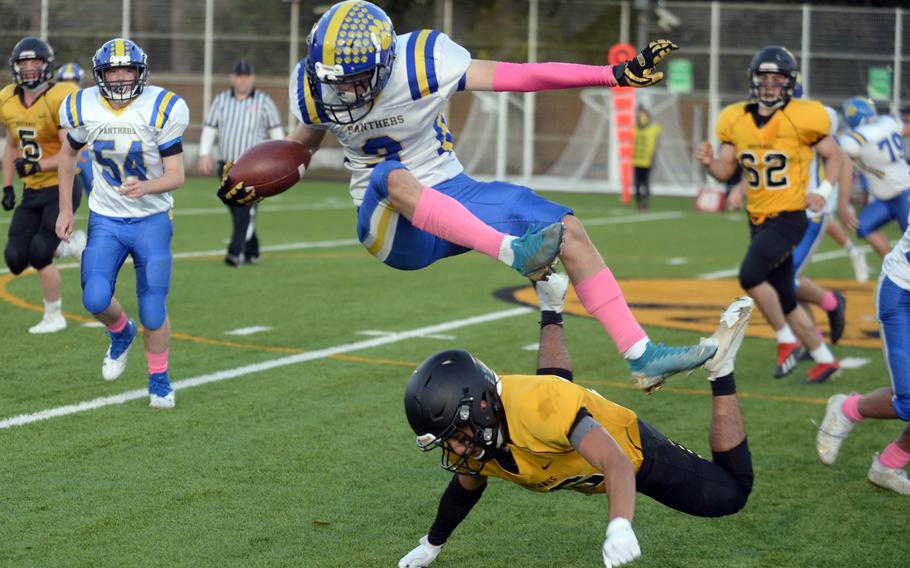 Yokota senior Caleb Jones, with ball, was named the school's male Athlete of the Year. (Dave Ornauer/Stars and Stripes) 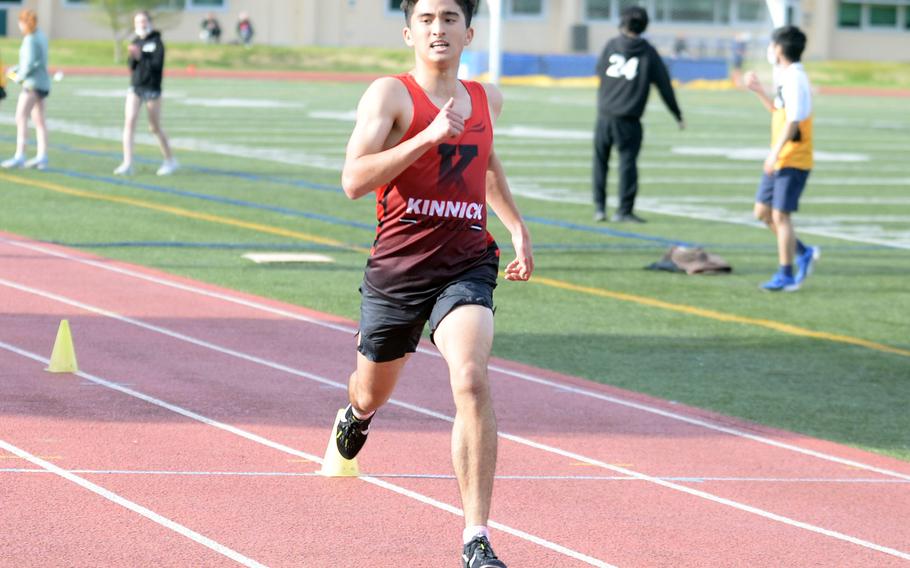 Nile C. Kinnick senior Austin Shinzato has been named the school's male Athlete of the Year for the second straight year. (Dave Ornauer/Stars and Stripes)

In Korea, Mountcastle and the Cougars finished first in the truncated regular season, beating Humphreys Black 34-30 to earn the top seed in the league’s postseason tournament. There, the Blackhawks avenged that defeat 34-23 on Feb. 11. Mountcastle had 11 points; Osan finished 3-2.

Mountcastle also pitched Osan to the DODEA-Korea softball title, beating Daegu 14-5 in the final on April 29, and was one of the centerpiece players on the Cougars’ volleyball team.

She earned Osan’s female Athlete of the Year honor and topped that by being named the school’s first winner of the Don Hedgpath Memorial Award, given to the Korean-American Interscholastic Activities Conference student-athlete of the year. Hedgpath was Seoul American’s longtime athletics director who passed away in June 2015.

McNeill led the Trojans’ football team in touchdown receptions during the Trojans’ 3-5 campaign and was named winner of Zama’s male Athlete of the Year award.

For his part, McNeill said every time he played, especially basketball, “every time I stepped on the court, I felt like I had a lot to prove.”

He had good reason – he was seeking to take his game to the next level, and has committed to play at Saint Francis of Pennsylvania, a Division I school in the Northeast Conference.

Mountcastle is headed to Catholic University of America in Washington to study medicine.

The school year was fraught with uncertainties, Mountcastle said, “but I think we built up a lot of patience these past couple of years. We took it one day at a time and we were grateful to take the field every chance we got.”