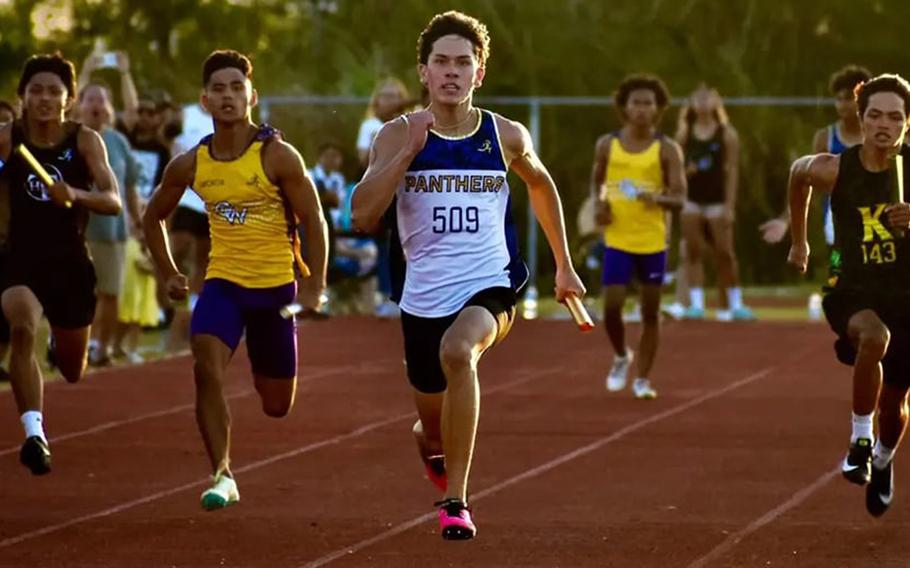 Gallego and Guerrero, both juniors, swept both 100- and 200-meter dashes, while sophomore Aaron Johnson won the 400 and long jump, sophomore Cameron Brantley swept the boys hurdles and the Panthers won all four relays during Monday’s All-Island finals at John F. Kennedy High School.

It was the fifth straight team title for the Panthers boys and third straight for the girls under coach Joe Taitano in island finals. Guam High’s boys ran and hid from JFK, 188-132; the girls standings were much closer, the Panthers edging George Washington 121-118. 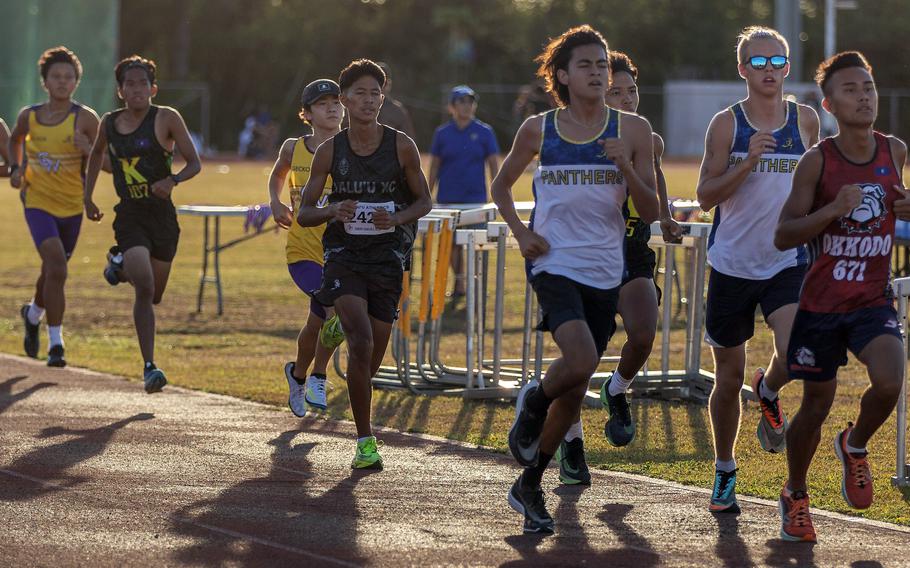 Guam High senior Alex Rink, second from right, stays on the shoulder of Okkodo senior Jadrian Juico during Monday's All-Island meet. Rink took third in the 800 and 1,500 and second in the 3,200. The Panthers boys won the team title for the fifth straight year and the girls for the third straight year. (Joseph Mancuso/Special to Stripes)

Taitano said he and the Panthers began building a track-and-field culture at the school five years ago, and the results are paying off.

“All the credit goes to the kids,” said Taitano, a lifelong Guam resident who began coaching at island high schools in the 1970s and at Guam High starting nearly 20 years ago. “The kids did all the work. They believed in the program. And this is the result.” 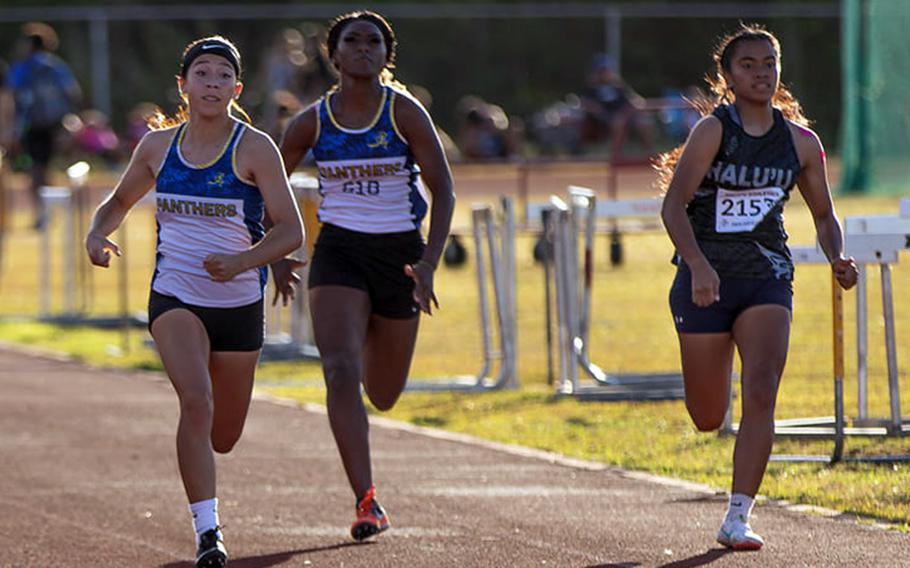