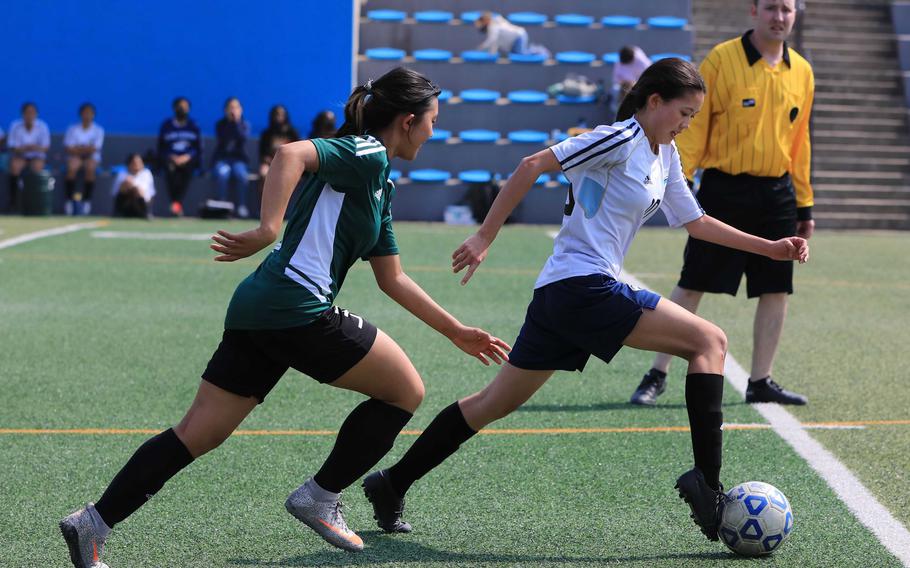 The Osan junior forward scored twice and lifted the Cougars to a 5-2 upset victory over defending league champion Humphreys. The victory gave Osan a berth in the league final match on April 30 at Daegu, which also beat the Blackhawks 1-0.

The girls final is scheduled for 10 a.m. April 30, followed by the boys at 12:30 p.m. That match features the unbeaten and defending champion Blackhawks facing the second-place Cougars (2-3-1). Daegu closed 0-5-1. 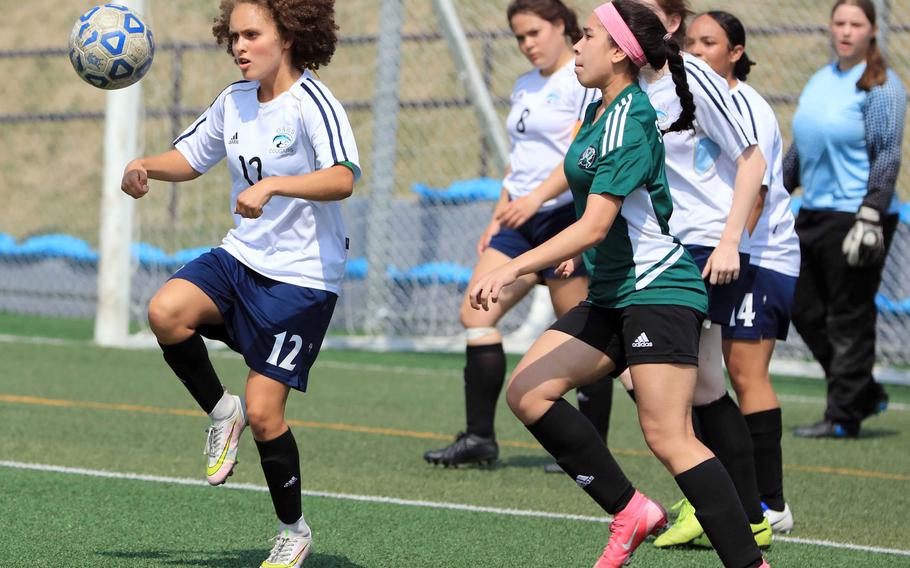 Kamron Verrell scored nine goals in two wins for the Blackhawks, 4-0 over Osan and 8-0 over Daegu. Verrell finished the regular season with 17 goals. Daegu and Osan tied 2-2 to close Tuesday’s play.

The Warriors (2-4) go up against the Cougars (6-0). Osan senior Anne Mountcastle pitched the Cougars past Daegu 11-2 and got the last two outs of a 24-12 win over Humphreys, Mountcastle drove in a combined eight runs and stole five bases in the two games.

Deacon Hahn tossed a four-inning no-hitter to boost Humphreys’ baseball team past Daegu 13-0, then Eric Ji struck out 14 in a one-hitter as the Blackhawks shut out Osan 4-0. The Blackhawks will play Osan in the DODEA-Korea finals. 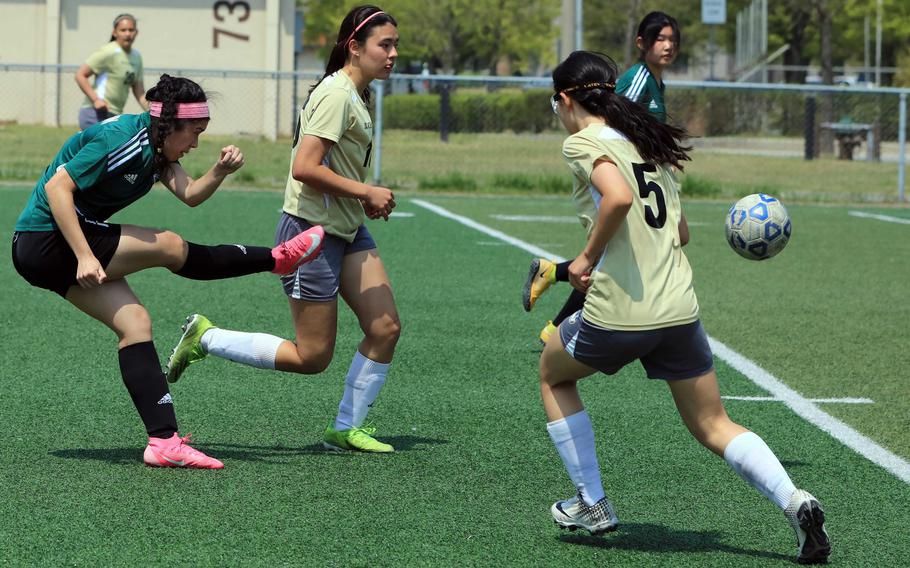 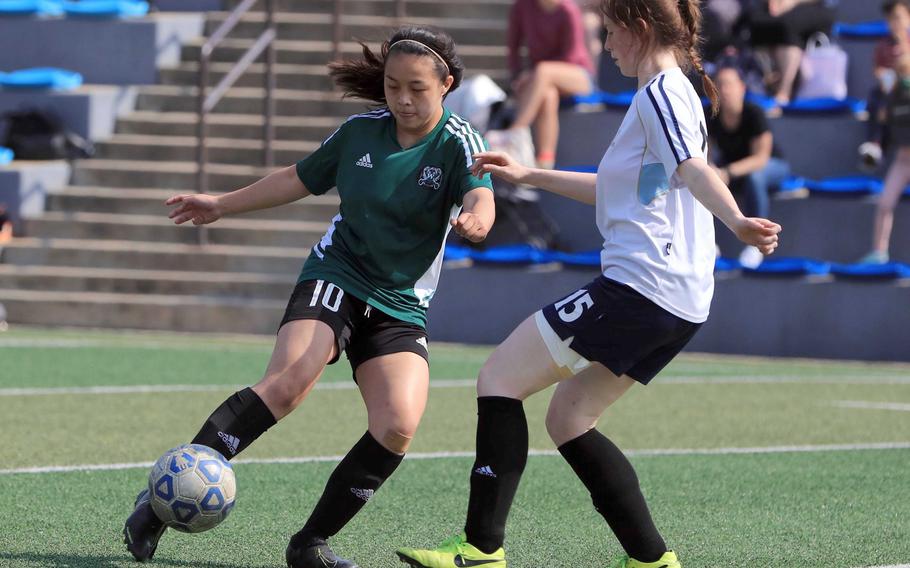