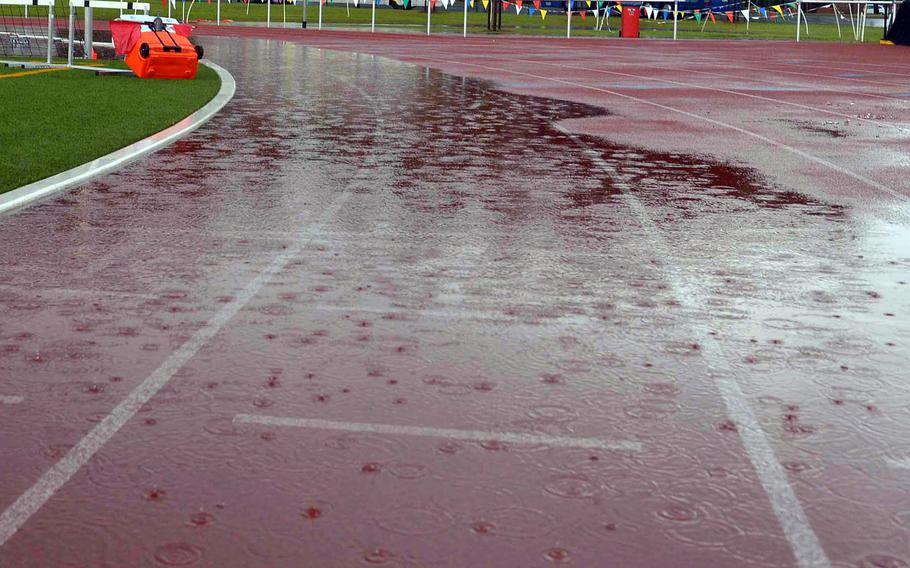 Rainy weather in both the Pacific and European theaters is responsible for canceling or postponing sports events every spring. This time, it’s the start of the DODEA-Korea season. (Michael Abrams/Stars and Stripes)

According to Korea Meteorological Agency, Saturday’s forecast calls for low temperatures near freezing and highs in the low 40s with snow and freezing rain through much of the day.

Humphreys was to host baseball and track and field, Daegu boys soccer and Osan softball and girls soccer on Saturday. Those games have been pushed back to the league’s scheduled April 23 rainout day and the first competitions of the regular season are now slated for April 9.

Kinnick baseball coach Chad Stark said the DODEA-Japan baseball and softball games scheduled for Saturday are a go for the moment.